With GlaxoSmithKline’s vaccines sales expanding, it figures it needs expanded production as well and some of that will happen at a 10-year-old plant in Hungary as well as Germany. GlaxoSmithKline said on Monday that it would invest £40 million (about $61.5 million) to expand its Gödöllö facility in Hungary and add about 100 jobs. The outlay is for the transfer of production of diphtheria toxoid (DT) and tetanus toxoid (TT) from GSK’s Marburg production site in Germany to its Gödöllö facility in Hungary. Work on the project is expected to begin in August with manufacturing anticipated in 2023, assuming regulatory approvals. It includes expanding production and adding a new media preparation building at the site. She said Marburg will continue production of GSK’s Infanrix and Synflorix vaccines until successful production can be established in Gödöllö to ensure a constant supply.

AstraZeneca’s Lynparza honed its edge in ovarian cancer and just in time to help preserve its lead in the marketplace. In detailed results from a test of the drug in patients who’d relapsed after platinum chemo, the first-in-class PARP inhibitor held off cancer recurrence by more than two years, compared with placebo, and delivered a statistically significant improvement in the risk of tumor progression or death. Those numbers compare favorably with Tesaro’s much-ballyhooed competitor niraparib, which delivered a 15.5-month survival advantage in its own maintenance-therapy trial presented last fall. Tesaro’s shares were down by more than 11% on the news. AstraZeneca is also testing Lynparza in other cancers, including breast cancer, where it put up solid data last month.

Kisqali, a first-line treatment for HR-positive, HER2-negative breast cancer, and a rival to Pfizer’s Ibrance, will be released under a flexible pricing structure, according to the company sources after it got FDA approval. A 28-day supply of the 600-mg dose will cost $10,950, while the same supply of the 400-mg dose will go for $8,760 and the 200-mg dose will run at $4,380. While Kisqali may beat Ibrance on price, though, when it comes to safety and convenience, Pfizer’s blockbuster may have the newcomer beat. Regulators recommend patients receive ECG monitoring before starting up treatment with the Novartis med and repeat it at day 14 of the first cycle and the beginning of the second cycle.

Concordia reports $1.3B loss after taking $1.1B write-off on pressured generics

Like its Canadian peer and model, Valeant, 2016 was an ugly year for Concordia International. The Ontario-based drugmaker today reported a $1.3 billion loss—$25.76 per share—on $816 million in revenue after taking a $1.1 billion impairment charge, mostly on products that are no longer paying off so well. Concordia reported its fourth-quarter revenue of $170.4 million was down 13% in the U.S and off 8.1% overall. New CEO Allan Oberman said headwinds—which includes inquiries in the U.S. and the U.K.—“have necessitated a reassessment of our business model” for Concordia, a model that oft been said to mimic that of Valeant Pharmaceuticals because of its price hikes, rampant M&A and large debt load. He then laid out a five-point plan he said would get the drugmaker back on track. 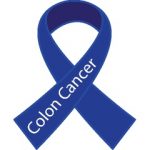 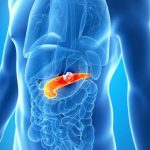 M&A activity of Sanofi and Bioverative for rare blood diseases Sanofi has strengthened its position in hematology & speciality...