As the battle between Swiss major Novartis and biotech rival Kite Pharma heats up to be the first to market a CAR-T cancer med, the Big Pharma has been handed its second FDA ‘breakthrough’ tag for its eagerly awaited JULIET trial. This latest label, which can speed things along for Novartis’ CTL019 (tisagenlecleucel), is for relapsed/refractory (r/r) diffuse large B-cell lymphoma (DLBCL). This is the most common form of lymphoma and accounts for around 30% of all non-Hodgkin lymphoma cases. The drug already has a breakthrough tag for r/r B-cell acute lymphoblastic leukemia (ALL) in pediatric and young adult patients, and was given a priority review at the end of March. Novartis is in a race with Kite Pharma, a specialist CAR-T biotech working on axicabtagene ciloleucel (a.k.a. KTE-C19), which a day after Novartis got its priority review, said it had finished its rolling submission with the FDA for a BLA of its med as a treatment for patients with r/r B-cell non-Hodgkin lymphoma who are ineligible for autologous stem cell transplant.

Anticipating an FDA approval later this year for a promising hereditary angioedema med from CSL, Shire has taken a preemptive strike at the Australian drugmaker. In a new lawsuit, it’s asking a court to block the launch. Filed last week in U.S. District Court in Delaware, Shire’s lawsuit contends that CSL is gearing up to launch a drug, Haegarda, that will step on its own brand-new patent, issued just last week. Shire’s attempt to block the launch follows Amgen’s successful bid for an injunction against Sanofi and Regeneron, which make Praluent, a PCSK9 cholesterol drug that rivals its own Repatha. That injunction, if upheld on appeal, would push Praluent off the market, unless the two sides agree on royalties. It would be the first such move against a rival drug in almost a decade.

Eli Lilly & Co.’s Olumiant rejection surprise Friday has one obvious beneficiary: Pfizer and its rival rheumatoid arthritis med, Xeljanz, already set to break the blockbuster barrier this year. That’s because Xeljanz is the sole oral JAK inhibitor now FDA-approved for rheumatoid arthritis. Olumiant (baricitinib) would have been the second, and some analysts predicted the Lilly med—licensed from Incyte for $90 million up front, plus milestones and marketing arrangements—might beat Xeljanz on the efficacy side. Baricitinib had been pegged as one of 2017’s biggest launches. Now, Olumiant isn’t likely to roll out for a couple more years, giving Xeljanz more time to solidify its first-to-market lead.

PTC Therapeutics faces an uphill battle to extract brand-level pricing and sales with its new, and controversial, DMD drug Emflaza if a new policy report out of Washington state is any indication of payer sentiments. Washington State’s Health Care Authority, the largest purchaser in the state, published a review of the newly approved med compared to the much cheaper prednisone, currently the most commonly used steroid by Duchenne muscular disorder patients. Emflaza, a decades-old steroid itself, recently won FDA approval under Marathon Pharma’s ownership. But that drugmaker’s decision to attach an $89,000 price tag to a med that’s available elsewhere for much cheaper created instant backlash.

Taking the fight against high drug prices into their own hands, Maryland lawmakers passed a bill aimed at taking on “unconscionable” pricing practices with their sights set squarely on generics. But drug makers are blasting back, hoping to convince the governor not to sign it into law. Under the legislation, the Maryland Medical Assistance Program will notify Attorney General Brian Frosh if a generic drug’s price spikes by 50% in one year or if its price increases while there are three or fewer companies making the med, among other potential violations. Then, the attorney general is able to request a report from drug makers detailing production costs, the rationale for the price hike and efforts to expand access. If Frosh determines the company committed a violation of the pricing law, he can request that a circuit court force it to roll back the price hike and return money to consumers. 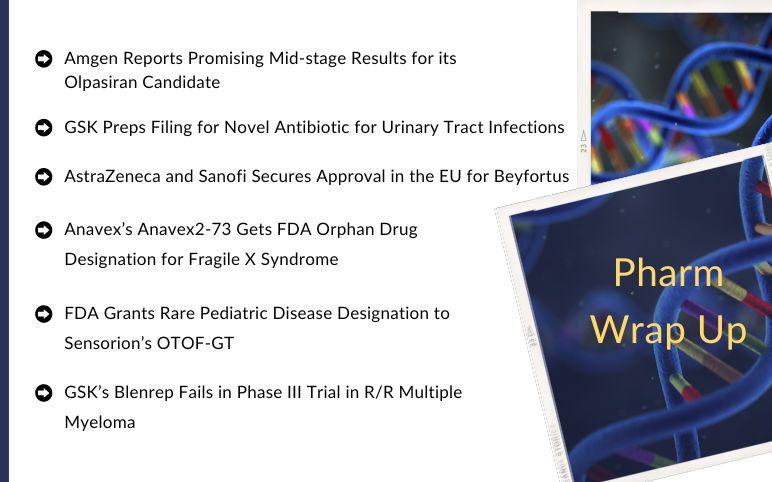