Antibody-drug conjugate (ADCs) is a new emerging class of highly potent pharmaceutical drugs, which is a great combination of chemotherapy and immunotherapy. Over the past couple of decades, antibody-drug conjugates have revolutionized the field of cancer chemotherapy. ADCs are composed of 3 parts: an antibody drug, a cytotoxic payload, and a chemical linker protein to hold the 2 parts together.

Drug-to-antibody ratio (DAR) is the average number of drugs conjugated to the antibodies, which is an important attribute of Antibody Drug Conjugate. The DAR value affects the efficacy of the drug, as low drug loading reduces the potency, while high drug loading can negatively affect pharmacokinetics (PK) and toxicity.

The Chinese market has seen a boom in ADCs drugs. In 2020, Adcetris and Kadcyla, two of the world’s first Antibody Drug Conjugate drugs on the market, were approved for launch in China. In 2021, RemeGen’s Disitamab vedotin (Aidixi) and inotuzumab ozogamicin (Besponsa) were approved for marketing. In June 2022, the NMPA approved Trodelvy, also the regulatory approval of Enhertu is under review in China too. Many Chinese companies namely Hengrui, Miracogen, RemeGen, DAC Biotech, and many others, are developing Antibody Drug Conjugate.

The pharmaceutical industry is witnessing a dynamic shift from conventional technologies to newer and more robust approaches for the development of such complex biomolecules, with approximately 50 ADCs being investigated in more than 150 clinical trials. As the technology advances even further, personalized Antibody Drug Conjugate may be a possibility in the future and there may be the most appropriate antibody, linker, and payload based on the patient’s tumor antigens and other characteristics. Generating personalized ADCs within an acceptable timeframe and without prohibitively high costs will be a challenge. Wherever chemotherapy is currently used, ADCs could serve as the replacements of the future, and with personalized ADCs, the opportunities are enormous. 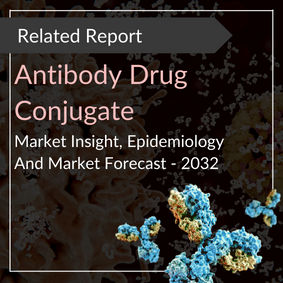