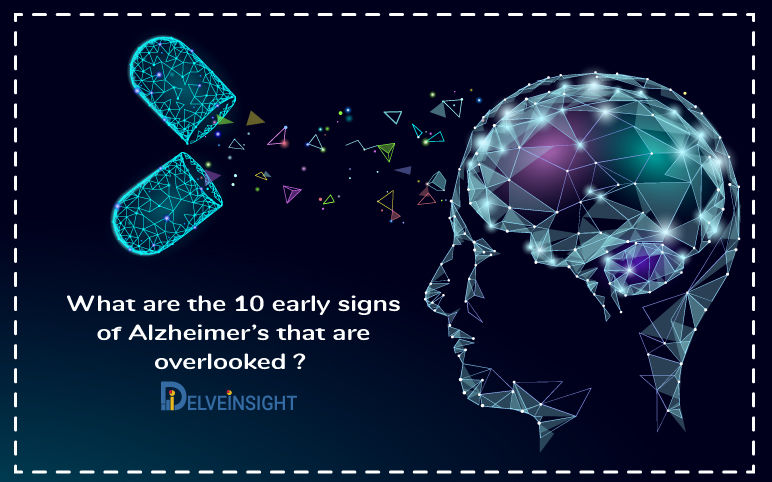 Alzheimer’s is a brain disease, associated with the degeneration of brain cells. It is an irreversible and progressive disease that generally affects people aged above 65 years but in very rare cases, early-onset has also been noticed in the late ’40s. The AD affects memory, reasoning and cognitive skills of the person. With the progression of diseases, memory impairment also increases which hugely disturbs the day to day activities of the individual. Age, Family history, Genetics are considered to be the risk factors for AD.

Memory loss is the most common sign of Alzheimer. Generally, we often forget many things in the day to day life, but in the case of  Alzheimer, it is a constant process. People with Alzheimer’s are mostly dependent on family members, electronic devices, or notes to remember the information. It is also noticed that affected people ask for the same information repeatedly & face difficulty in keeping up with the recently happened incidents.

Inability to plan and solve problems

Alzheimer’s leads to the inability to make and follow a plan. The person may not even be able to provide a solution to simple problems that require trial and error or may not even try in the first place. Alzheimer’s affects creativity and planning skills. The trouble in tracking monthly bills and difficulty in dealing with basic numbers are some of the common problems that individuals face on a daily basis.

The Alzheimer affected individuals often face the struggle in performing familiar and sequential tasks in their daily lives like cooking dishes, wearing clothes, bathing, remembering the rules of games they are playing for years, etc. The difficulty varies with each person, in some cases, the person takes longer time to complete the task and in some cases struggle to even start or finish the task.

Change in mood and personality

Change in mood and behaviour of the individual is most difficult for the family to deal with. In certain cases like anger or aggressiveness, the person requires extra care and attention as it can be risky and hazardous.  Depression, tearfulness, stress, mood swing, confusion, fearful or anxious behaviours, are some of the habitual behaviour observed in Alzheimer’s. Similarly, some other symptoms include delusion, anger, suspicion, and wandering; and these increase as the disease progresses.

Disassociation from work and social activities

Alzheimer’s patients with the progression of diseases start dissociating themselves from social and work life. The dissociation may include cut off from social gatherings, sports, hobbies, work etc. leading to the lack of interest hence, lesser engagement in activities.

Inability to keep track of season, date, time and place

Forgetting the place of living, losing the track of time, date, and passage of season are some of the frequent symptoms of Alzheimer’s, which increases with the progression of the disease. The affected person loses the perception of time, one hour time period may seem like 12 hours or one day or even a week to the affected person. Similarly, it becomes difficult for the individual to understand where they are, how they reached there and what they are doing there in cases of place forgetfulness.

The Alzheimers can affect the brain of the individual like how it would interpret the images and the memories & thoughts associated with the image. The retinal nerve coming out of the brain gets narrower in case of Alzheimer’s. Colour discrimination, object motion, decreased in peripheral vision and the ability to perceive the depth of the object are some of the common issue linked with Alzheimer’s and dementia-related diseases.

Difficulties in conversation and writing

Recognising names, struggling with vocabulary, hesitation to start or join a conversation, mispronunciation of signs or objects are some of the early symptoms of Alzheimer’s which increase with the progression of the disease. Individuals also face linguistic problems such as the number of pauses in speech, their length and the speech tempo, all these factors are associated with the early stages of the disease.

Alzheimer’s can lead to Impaired judgement and poor decision making. It becomes hard for the individual to evaluate various factors like benefit, burden, and the risk related to the decision. The individual may not be able to access the path of action, the uncertainty and the overall consequences of the decision. In some financial cases, the guardian and family members take the decision on behalf of patients.

Alzheimer’s also affects personal grooming and hygiene. The individual pays less attention to the bathing, dressing, combing, teeth brushing, shaving and body odour, which become quite challenging and discomforting for the family members and the person itself. All these issues may further lead to severe medical consequences such as skin and urinary tract infections.

Misplacing things, verbal and physical aggression, trouble in sleeping, loss of motivation, inappropriate behaviour are some of the other signs and symptoms associated with Alzheimer’s.

The memory problem is generally linked with the ageing, however, it is always advisable to consult the doctors. AD lacks a specific test, but through physical, mental, brain imaging studies, early signs and symptoms can be identified in the concerned person. Early treatment can slow the progression of diseases. 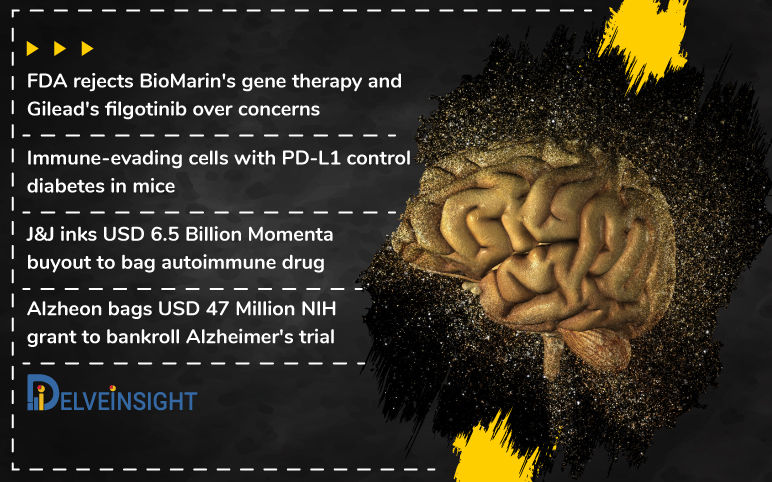 Researchers call out Gilead over the diversity of remdesivir trials Researchers have challenged the sponsors of COVID...