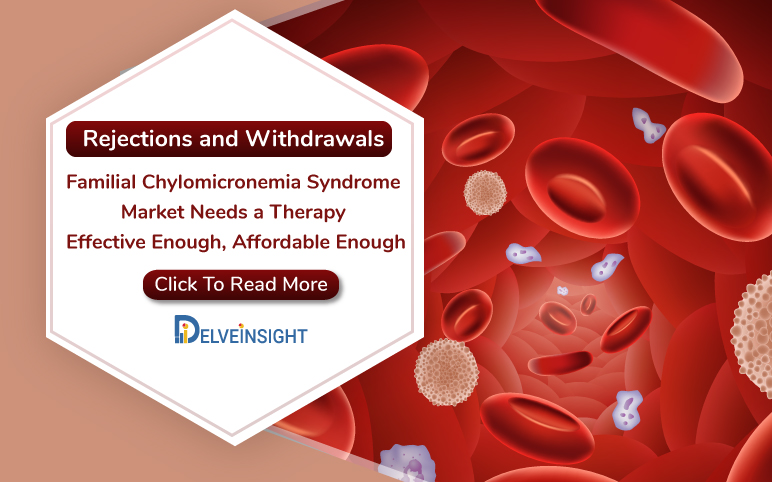 The current Familial chylomicronemia syndrome market is mainly dominated by traditional TG-lowering agents, and as per DelveInsight analysis, the market worth was estimated to be USD 1.0 million in 2017.

A rare autosomal recessive disorder, Familial chylomicronemia syndrome (FCS) affects 1 in 1 to 2 million people (Burnett and Hegele, 1999; Pouwels et al. 2008). As per DelveInsight, total Familial chylomicronemia syndrome prevalent population in the 7MM (the US, EU5 (the UK, Germany, France, Spain, and Italy) and Japan) was assessed to be 5,801 in 2017.

Familial chylomicronemia syndrome is a lipid disorder that leads to an excessive build-up of chylomicrons (large triglyceride-rich lipoproteins) in blood and lymphatic fluid. Chylomicrons serve the purpose of transporting fat from the point of entry in intestines to adipose tissues and liver. However, the elevated amounts of triglycerides in the circulation system give rise to several complications, most severe being acute pancreatitis and hypertriglyceridemia.

As the name suggests, Familial chylomicronemia syndrome, the disorder is passed down from the families and inherited into the next generation. The cause behind the FCS is believed to be the mutations in genome makeup of an afflicted person that disrupts the normal functioning of the enzyme required to break down the large molecules of triglycerides. The most common mutations are LPL, apolipoprotein A5 (APOA5), apolipoprotein C2 (APOC2), lipase maturation factor 1 (LMF1), and glycosylphosphatidylinositol-anchored high-density lipoprotein (HDL)-binding protein 1 (GPIHBP1) (Brahm and Hegele 2015, Ahmad et al. 2017, Stroes et al. 2017). The improper functioning of the enzyme leads to the accumulation of fat in the blood plasma, reducing the blood flow in the pancreas.

The most common signs and symptom of the disease include severe pain, nausea, diarrhoea, constipation, anxiety, eruptive xanthomas, and lipaemia retinalis. Although, recurrent episodes of abdominal pain and a family history of higher levels of triglycerides form the basis of the diagnosis of the disease; however, the genetic testing for the mutations that alter the transcription of the LPL enzyme confirms the presence of the disorder.

DelveInsight estimated that around 73% of the FCS cases in the 7MM were mainly diagnosed between the age group 0-10 years; however, research says that the diagnosis of the FCS, where it runs in the family, it is advisable to test for the disease during the pregnancy. Moreover, higher levels of triglycerides, oftentimes, are associated with multifactorial chylomicronaemia syndrome (MCS); hence there are higher chances of FCS getting misdiagnosed.

Besides misdiagnosis, the rarity of the disorder makes it quite arduous to clinically manage and understand the disease. At present, the dietary restriction is the mainstay of the Familial chylomicronemia syndrome treatment market as there exists no approved therapy in the FCS market. Current FCS management involves a very-low-fat-diet (less than 20 g per day), abstinence from alcohol allied with traditional triglyceride-lowering medication such as fibrates (lowers down fatty acids and triglycerides), statins (lowers down cholesterol level), along with niacin, omega-3, ezetimibe, colesevelam, torcetrapib, and avasimibe as off-labels. The Endocrine Society and American Heart Association recommend treating the disorder where the levels of triglycerides are ≥500 mg/dL with medications to reduce the risk of pancreatitis.

However, strict adherence of such low-fat diet routine and other lifestyle modifications are quite challenging to follow and require life-long commitment, proper knowledge of food supplements and support from the family and caretakers yet it is prone to errors and inconsistency. Moreover, traditional lipid-lowering medications, which are given to address hypertriglyceridemia hold very little significance in treating the disorder, does not preclude the risk of pancreatitis in all the patients and also induce a risk of side effects such as an imbalance in glycemic controls.

The current Familial chylomicronemia syndrome market is mainly dominated by traditional TG-lowering agents, and as per DelveInsight analysis, the market worth was estimated to be USD 1.0 million in 2017.  The present FCS market lacks approved, standard therapy that can provide FCS patients relief without hampering their quality of life. To date, no drug has been approved by the US FDA for the management of FCS. Similar is the case with Japan FCS market.

However, the European Medicines Agency (EMA) last year was welcoming enough to recommend therapies and grant marketing authorization to a few therapies here and there. In 2012, the EMA approved the costliest gene therapy of the world Glybera marketed by Amsterdam-baseduniQure and Italian-based Chiesi Farmaceutici, costing over 1 million euro (USD 1.2m) per patient. The therapy was also granted orphan drug designation Glybera was also granted orphan drug designation for the treatment of homozygous LPL deficiency encompassing a subset of FCS patients; however, the therapy was withdrawn because of its pocket-unfriendliness, financial burdens and also because of not being clinically efficient enough on the price offered.

Last year, the EMA also granted conditional marketing authorization to Waylivra (volanesorsen) (Akcea Therapeutics, and Ionis Pharmaceuticals), after the US FDA rejected the company’s appeal. However, recently this year UK’s cost-effectiveness watchdog NICE nixed the drug due to the concerns over clinical evidence and high cost deeming it far too costly for the NHS.

However, the efforts are underway, and pharma players besides Akcea Therapeutics/Ionis Pharmaceuticals, Arrowhead Pharmaceuticals, Amryt Pharma and others working towards the development of a better treatment approach for FCS patients are working towards advancing the Familial chylomicronemia syndrome market ahead. Familial chylomicronemia syndrome pipeline homes therapies that appear potential enough to provide relief to FCS patients, and their launch during the forecast period 2020-30 shall elevate the FCS market size.

Nevertheless, there is still a long way to go, and it is too soon to comment upon the future of the therapies looking at the past rejections and withdrawals. 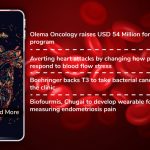 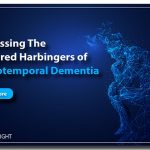 Next Story
Addressing The Scattered Harbingers of Frontotemporal Dementia