The Hereditary Transthyretin Amyloidosis (hATTR) Market size in the 7MM was estimated to be USD 306.9 Million in 2017 and is anticipated to grow further in the forecast period 2020-30 owing to recent approvals and pipeline therapies.
Among the 7MM geographies, the US accounted for the 54% share of the total hATTR market size.

Transthyretin (TTR) is a protein that the liver produces to facilitate the transfer of thyroid hormone and vitamin A in the blood. However, due to specific reasons, the TTR protein begins to misfold and aggregate as fibrils, a process known as amyloidosis of Transthyretin (ATTR). It is a slow, insidious accumulation of monomers of protein in the body’s organ and tissues. It affects the peripheral nervous system that connects the brain and spinal cord to muscles and sensory cells (causing peripheral neuropathy), the autonomic nervous system, heart, kidneys, eyes, and gastrointestinal tract.

To discuss the prevalence, Hereditary ATTR (hATTR) amyloidosis is the most common form of ATTR; nevertheless, it is a very rare disease. Furthermore, hATTR can be of two types, namely Familial Amyloidosis Polyneuropathy (FAP) and Familial Amyloidosis cardiomyopathy (FAC). Despite being a rare disorder with unequal distribution, hATTR amyloidosis prevalent pool can be observed localized in some specific portions of the world. As per DelveInsight, Hereditary ATTR Amyloidosis diagnosed prevalence was recorded to be the highest in the United States with a 10.2% growth rate. At the same time, Japan had the lowest diagnosed number, which is growing at a CAGR of 9.9% during the forecast period 2020-30 in the 7MM (the US, EU5 (the UK, Germany, Spain, France, and Italy) and Japan). Additionally, epidemiological analysis by DelveInsight demonstrated a higher Familial Amyloidosis cardiomyopathy prevalence among its two subtypes.

However, the clinical manifestation and effects of ATTR amyloidosis vary depending on the organs that are most affected and the age at which symptoms appear to vary widely between ages 20 and 70. In the case of hereditary ATTR over 150 amyloidogenic mutations of TTR gene – to name a few  Thr60Ala (T60A), Val30Met (V30M), V122I – have been reported, which cause different disease manifestations such as polyneuropathy, autonomic neuropathy, cardiomyopathy and often a mixture of these. The complex nature of the disorder due to various manifestations and phenotypic heterogeneity makes it a base for differential diagnosis, and it often gets misdiagnosed as Chronic inflammatory demyelinating polyneuropathy (CIDP). The hATTR diagnosis is mainly dependent on symptoms and can be confirmed via performing tissue biopsies, genetic testing, and imaging studies.

Timely treatment for hATTR patients is necessary to stop the disease in its way and delay the progression. Although, during the past few years, several therapies entered the hATTR market for early stages(stage 1 and 2)  of the diseases, however, there is a dearth of treatment options for advance or last-stage condition.

The present hATTR treatment market constitutes compounds that stabilize the TTR tetramers, a TTR-directed small interfering RNA, and a TTR-directed antisense oligonucleotide, along with supportive therapies. Some of the symptomatic therapies available include loop diuretics, aldosterone antagonists, angiotensin-converting enzyme inhibitors, and beta-blockers.

Therapies aimed at stabilizing TTR in the hATTR market are Diflunisal (Merck), and Vyndaqel (tafamidis meglumine) and Vyndamax (tafamidis) (Pfizer). They help in preventing confrontational changes and dissociation of protein, and not halt the production of the protein. Diflunisal is not yet approved; however, it is given as an off-label treatment, whereas Tafamidis is approved for cardiomyopathy of wtATTR or hATTR in adults in the US and to delay peripheral neurologic impairment in adults with hATTR and stage 1 symptomatic polyneuropathy in Europe and for all the stages in Japan.

Silencing or modifying gene TTR aims to reduce the effect of both variant and wild-type TTR gene, thus reducing hepatic production by targeting its mRNA. Tegsedi (inotersen – Akcea Therapeutics/ Ionis Pharmaceuticals) and Onpattro (patisiran – Alnylam Pharmaceuticals) have been recommended in the United States for hATTR amyloidosis treatment and in Europe for the treatment of stage 1 or 2 polyneuropathy in adults with hATTR amyloidosis.

hATTR market: In The Pipeline

The present hATTR market comprises only a few approved drugs, which maintain the monopoly in the market. The past years have witnessed a shift from off-label and symptomatic therapies to approved TTR stabilizers and gene-silencing therapies. However, there is a need for therapies that have higher tetramer-stabilizing properties and have the potential to restore the quality of the lives of hATTR patients.

Pharma companies like Alnylam Pharmaceuticals, Ionis Pharmaceuticals, Eidos Therapeutics, and many others are providing the thrust to the Hereditary transthyretin amyloidosis market forward. The hATTR market size in the 7MM was estimated to be USD 306.9 Million in 2017 and is anticipated to grow further in the forecast period 2020-30. Among the 7MM geographies, the US accounted for the 54% share of the total hATTR market size, whereas among EU-5 countries, Italy grabbed the significant chunk of the market size, followed by France, the UK, Spain, and Germany. The launch of upcoming therapies in the hATTR pipeline is anticipated to add value to the hATTR treatment market and transform the standard of care for the patients.

Recently Akcea announced the positive reimbursement recommendations of its candidate Tegsedi for the treatment of stage 1 or stage 2 polyneuropathy in adult patients with hereditary transthyretin (hATTR) amyloidosis by the Main Association of Austrian Social Security Institutions. The decision was based on the results from the Phase 3 NEURO-TTR study.

In a welcoming move, the US FDA granted Fast Track designation to Vutrisiran,  a candidate under investigation for the treatment of the polyneuropathy of hereditary transthyretin-mediated amyloidosis in adults by Alnylam Pharmaceuticals. Moreover, the company also announced a Distribution Agreement and collaboration with the Dubai-based taiba group for its therapy Onpattro, the first-ever commercialized RNAi therapeutics.

hATTR amyloidosis is an underrated, debilitating disease, and if left untreated, can cause death. However, recent research and clinical studies in the domain have widened the horizon for the hATTR treatment. The approval of Vyndaqel, Vyndamax, Onpattro, and Tegsedi in the past year has transformed the outlook of the hATTR market as a highly competitive one, which has a lot of potential and opportunities to offer pharmaceutical and biotech companies to flourish. Some work by stabilizing the rowdy protein; some prefer to knock it off. The launch of several agents in the pipeline that are designed to provide better stabilization of the protein, and are anti-TTR antibodies shall further expedite the hATTR market size in the next decade. 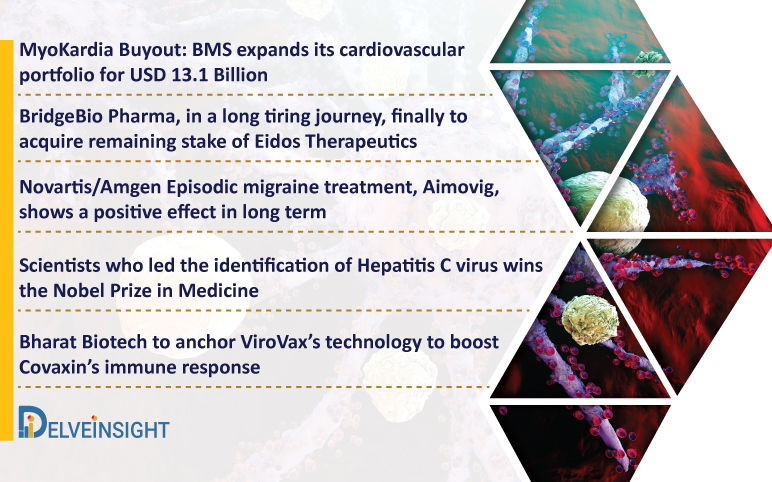 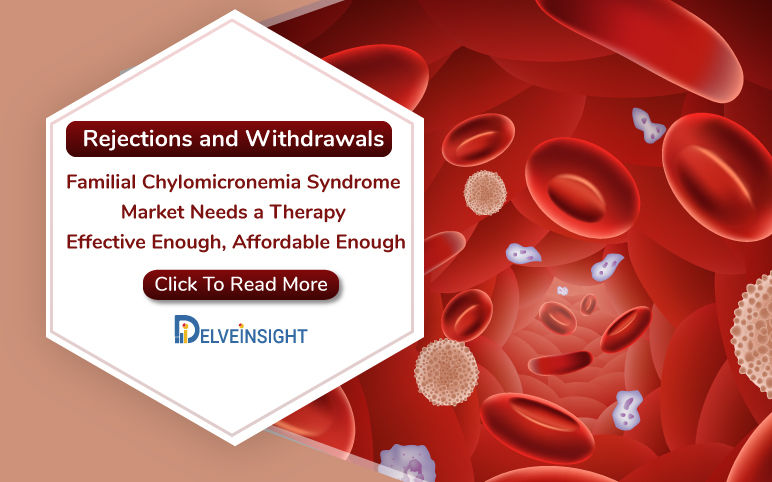 The current Familial chylomicronemia syndrome market is mainly dominated by traditional TG-lowering agents, and as pe... 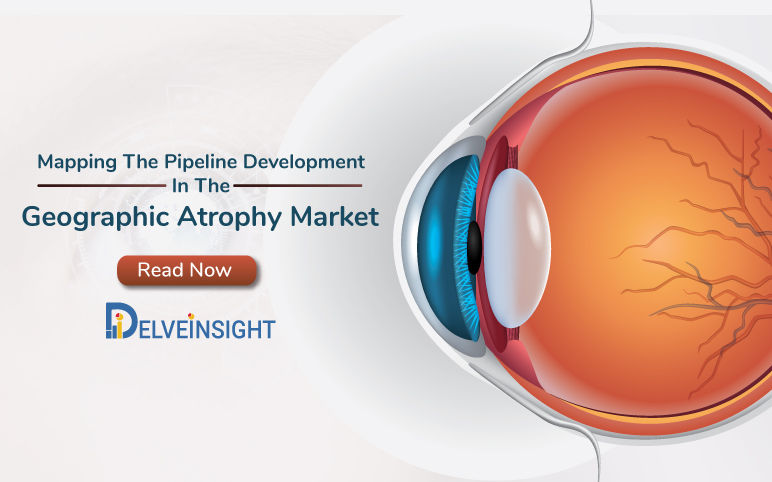 Mapping The Pipeline Development In The Ge...

The Geographic atrophy market size is anticipated to increase during the study period 2017–2030 owing to increasing G...