Assessing the Growing Challenge of MONKEYPOX and How Pharma Companies are Responding?

An ongoing virus has made us all intrigued and worried, and it is none other than the Monkeypox virus. It was considered to be a rare disease caused by an infection due to the Monkeypox virus. Now on a consistent rise, the zoonosis human Monkeypox (MPX) was originated way back in the year 1958 when two outbreaks of a pox-like disease were observed in some monkey colonies kept for research, hence the name ‘Monkeypox.’ Monkeypox virus belongs to an Orthopoxvirus genus in Poxviridae family. The same genus also includes other viruses causing similar diseases, namely cowpox virus, variola virus (cause of smallpox), and vaccinia virus (used in the smallpox vaccine).

In the year 1970, the very first case of monkeypox occurred in the Democratic Republic of Congo during a time when escalated efforts were being made to eradicate smallpox. Since that incident, time and again, monkeypox has been reported to exist in humans in many central and western African countries, including Cameroon, Cote d’Ivoire, Central African Republic, Liberia, Gabon, Republic of the Congo, Nigeria, and Sierra Leone. Monkeypox cases were observed outside of Africa as well; they were linked to international travel or imported animals, including cases in Israel, Singapore, the United States, and the United Kingdom. Monkeypox’s natural reservoir seems to be unknown till now, but evidently, African rodents and non-human primates (like monkeys) supposedly harbor the virus and are the cause of Monkeypox infection in people.

Monkeypox symptoms are similar to smallpox, but they are milder in occurrence. Monkeypox usually starts with headache, slight fever, muscle aches, backache, chills, and exhaustion. The different factor used for Monkeypox characterization is that it causes the lymph nodes to swell (lymphadenopathy), whereas, in the case of smallpox, no swelling takes place. The monkeypox incubation time period is usually 7–14 days but can also lie between 5–21 days after infection. After the Monkeypox infection takes place, within a span of 2–3 days, or sometimes longer when the fever appears, patients start developing rashes on the face (most commonly) and start spreading to different parts of the body. Monkeypox virus illness typically lasts for 2–4 weeks. Monkeypox diagnosis can be made through the characteristic skin lesions exclusive to the disease. In the laboratory, histopathology, virus isolation test, and Polymerase chain reaction (PCR) tests are proven to be successful in monkeypox diagnosis in tissues. Fortunately, the monkeypox mortality rate is low, between 1–10%, and in some studies, it is observed that it is particularly low with the current strain.

Monkeypox virus-infected patients usually have a mild, self-limiting disease course in the absence of specific therapy. However, monkeypox prognosis depends on various factors like initial health status, previous vaccination status, comorbidities, and concurrent illnesses. Currently, no specific Monkeypox treatment is approved or available exclusively for monkeypox viral infections. But the already developed antivirals in the cases of smallpox have been observed to be fruitful.

Being an extremely rare viral disease, the monkeypox can transmit through direct contact with a confirmed case, body fluids (or respiratory droplets), and contaminated surfaces and objects. It is not a sexually transmitted disease, but it can spread through intimate contact during sex when someone has an active rash. The highest risk period for transmission is considered to be from the onset of early monkeypox symptoms until lesions have scabbed over and the scabs have fallen off.

Monkeypox results in fever and distinctive skin rash and is closely related to smallpox. Both the diseases belong to the same virus family and exhibit similar symptoms. But it is considered clinically less severe. Several animal species have been identified as susceptible to the Monkeypox virus. Monkeypox is considered to be resolved spontaneously, with or without specific treatment; however, it may get severe in some cases. Children, pregnant women, or persons with low immunity to other health conditions come under the severe category, who are most likely to affect severely compared to people from other categories.

The clinical appearance of monkeypox is similar to that of smallpox, a related orthopoxvirus infection that has been eliminated. Smallpox was more easily transmitted and more often lethal, with around 30% of cases dying. After a global campaign of vaccination and containment, smallpox was proclaimed eliminated globally in 1980. It’s been at least 40 years since all countries stopped using vaccinia-based vaccines for routine smallpox vaccination. As vaccination also protected against monkeypox in West and Central Africa, unvaccinated communities are now more vulnerable to monkeypox virus infection.

Although smallpox no longer occurs naturally, the global health sector is on high alert if it resurfaces by natural causes, laboratory accidents, or purposeful dissemination. Newer Monkeypox vaccines, antiviral medicines, and diagnostics are being developed to assure worldwide preparation in the event of a resurgence of smallpox. These may now be beneficial in the prevention and control of monkeypox.

Over the past few months, several cases of monkeypox have been reported in various non-endemic countries. Currently, studies are going on to further understand the epidemiology, sources of infection, and transmission patterns.

In endemic countries, the Democratic Republic of the Congo has reported over 1,220+ cases between January 1 and May 8, 2022, and also registered around 57 deaths. Additionally, Cameroon, Nigeria, the Central African Republic, Republic of Congo are the other leading countries with higher cumulative cases. Among these, only Cameroon and the Central African Republic have reported the death cases.

A smallpox vaccination can protect against monkeypox, but its usage is now restricted to persons who deal with the variola (smallpox) virus in a lab. The prevention relies on reducing human contact with infected animals and limiting person-to-person transmission. A variety of precautions can be taken to avoid infection with the Monkeypox virus, such as:

There is currently no approved therapy for monkeypox virus infections. On the other hand, antivirals developed for use in smallpox patients may be helpful. The medicinal countermeasures available from the Strategic National Stockpile (SNS) as treatment options for monkeypox include:

Tecovirimat (also known as TPOXX), developed by SIGA Technologies, is an antiviral medicine approved by the FDA to treat human smallpox disease in adults and pediatric patients weighing at least 3 kg. To manage the situation, recently CDC has an Expanded Access Investigational New Drug Protocol (EA-IND) that enables the use of Tecovirimat in an epidemic to treat non-variola orthopoxviruses (including monkeypox). This protocol allows young patients weighing less than 13 kg to open an oral capsule of tecovirimat and combine its contents with semi-solid food. Tecovirimat is available in oral (200 mg capsule) and intravenous injectable forms.

Cidofovir (Vistide), manufactured by Gilead, is an antiviral medicine that the FDA has approved for the treatment of cytomegalovirus (CMV) retinitis in individuals with Acquired Immunodeficiency Syndrome (AIDS). The CDC has an EA-IND that authorizes Cidofovir to be used in the treatment of orthopoxviruses (including monkeypox) in an outbreak.

The FDA has approved Vaccinia Immune Globulin Intravenous (VIGIV) manufactured by Cangene Corporation to treat complications such as eczema vaccinatum, progressive vaccinia, severe generalized vaccinia, vaccinia, vaccinia infections in people with skin conditions, and aberrant infections caused by vaccinia virus (except in cases of isolated keratitis). The CDC has an EA-IND that enables the use of VIGIV of orthopoxviruses (including monkeypox) in an outbreak.

JYNNEOS (also known as Imvamune or Imvanex) is an attenuated live virus vaccine authorized by the FDA for the prevention of monkeypox disease. The Advisory Committee on Immunization Practices is currently evaluating Jynneos in a pre-event context to protect individuals at risk of occupational exposure to orthopoxviruses such as smallpox and monkeypox.

Furthermore, Brincidofovir (Tembexa), developed by Chimerix, is an antiviral medicine authorized by the FDA on June 4, 2021, to treat human smallpox disease in adults and pediatric patients, including newborns. The CDC is now working on an EA-IND to help enable the use of Brincidofovir as a therapy for monkeypox. However, Brincidofovir is not yet available through the SNS.

Back in the 1990s, only around 50 Monkeypox cases were reported in West and Central Africa, whereas after 20 years, in 2020, there were more than 5,000 cases of monkeypox recorded. Now in 2022, with almost 1500+ confirmed cases reported in over 25+ countries, the monkeypox outbreak is being observed throughout the world.

Scientists believe that there are additional undetected cases, and the virus is spreading at a greater rate, something which has never been experienced in the case of monkeypox. This very new emergence of the monkeypox virus is serving as a medical challenge throughout the world; although treatable with vaccines and medications, this virus is one to look out for.

The idea of aesthetic implants or cosmetic surgery has always been a topic of conversation and debate in the healthcare market. Despite that, the demand for aesthetic implants has grown several folds over the past few years, especially among the younger generation, to enhance their physical appearance and to look m... 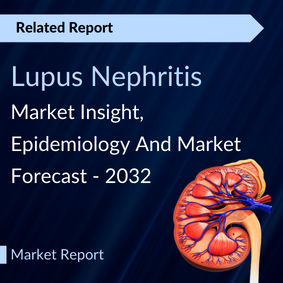