Study conducted by the US Centers for Disease Control and Prevention (CDC) has revealed that the Zika virus replicates in the brain tissues of infants with microcephaly and persists in foetal brains and placentas of women who suffered pregnancy losses. The study noted that the virus can make several copies of itself in the brains and placentas, which may help explain how it causes birth defects and pregnancy losses. The study’s main focus is how the virus can cross the placenta and infect the foetus’s brain. As part of the study, tissues from 52 patients with suspected Zika virus infection, including brain tissues from eight infants with microcephaly, were tested by the researchers. It was found that Zika infects and proliferates in Hofbauer cells in the placenta, which can move freely throughout and help transfer the virus to the foetus’s brain.

The Scottish Medicines Consortium (SMC) has accepted Sanofi Genzyme’s Jevtana (cabazitaxel) for routine use in NHS Scotland to treat metastatic hormone-refractory prostate cancer (mHRPC). Jevtana (cabazitaxel) is a chemotherapy option available on the NHS for advanced prostate cancer that is not responsive to hormone therapies, following initial chemotherapy (docetaxel). The decision reduces potential disparities in care across the UK for this vulnerable group of patients. Initially, the SMC rejected Sanofi Genzyme’s updated application in June this year. Patients treated with the plant-based chemotherapy Jevtana can experience side effects such as anaemia, infections / sepsis, low blood counts and diarrhoea.

Herantis Pharma has secured a grant from the European Union (EU) for the Phase I-II clinical study with its drug candidate cerebral dopamine neurotrophic factor (CDNF) to treat Parkinson’s disease (PD), using a new drug administration device of Renishaw. With the €6m grant from the EU Horizon 2020 programme (TreatER), Herantis also plans to carry out scientific research at the University of Helsinki and the University of Oxford. A consortium of 11 members, including Herantis as the formal sponsor of the clinical study and the owner of CNDF patents, and the University of Helsinki will execute the TreatER project.

GlaxoSmithKline CEO Andrew Witty swapped off his oncology assets to Novartis, building his company’s position in vaccines and consumer healthcare instead. After taking flak from prominent investors, Witty continues to defend the logic—to make the case that high-priced treatments don’t make business sense in the long run. At the opening of GSK’s Rockville, Maryland, vaccine research site, Witty said that he doesn’t see pricey immunotherapies for cancer, now biopharma’s hottest field, as a “cost-effective … global healthcare solution.” He said the number of patients treated by the last 20 top-selling pharma products has dropped “catastrophically” in recent decades. 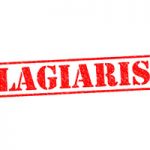 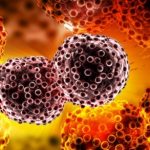 Next Story
Most Common Cancers