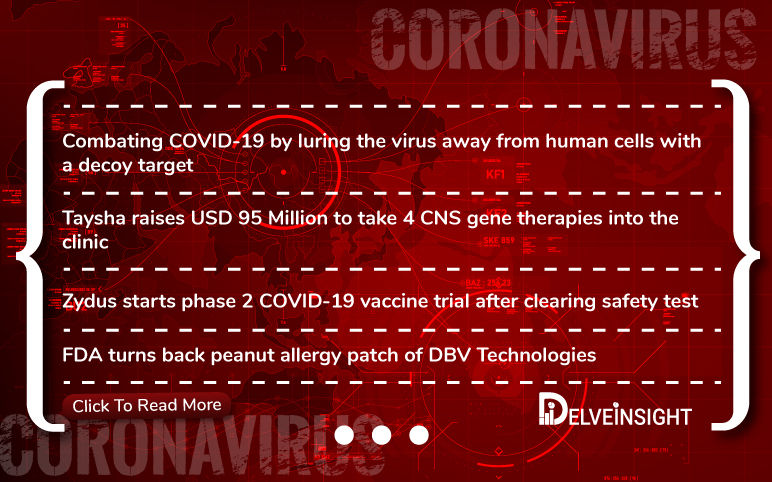 Zydus Cadila has finished a phase 1 clinical trial of its COVID-19 vaccine ZyCoV-D, setting it up to move straight into a 1,000-subject phase 2 study. The Indian company informed that the DNA vaccine was well tolerated in the first stage of the adaptive phase 1/2 trial.

ZyCoV-D is designed to introduce DNA that encodes for a viral protein into human cells. By ordering human cells to make the protein, ZyCoV-D could cause an immune response against the coronavirus. The approach is similar to that pursued by Inovio Pharmaceuticals. Like Inovio, Zydus sees the ability of its vaccine to survive higher temperatures than some rival methods as a differentiator.

Zydus has only said that the vaccine was well tolerated by people who received it in the first phase of the trial. Zydus monitored subjects in a clinical pharmacological unit for 24 hours after dosing and in the community for seven days after that, whether ZyCoV-D works, as well as other COVID-19 vaccine candidates, remains to be seen.

Taysha Gene Therapies has raised USD 95 million to take four gene therapies into humans. The series B, which comes months after Taysha’s USD 30 million seed round, positions ex-AveXis executives to build biotech with a broad gene therapy pipeline and infrastructure to match.

Taysha has moved quickly since disclosing the USD 30 million seed round in April. Taysha informed regarding raise of a USD 95 million Series B round that will enable it to take its lead asset into the clinic this year, file a further three INDs by the end of 2021 and built a commercial-scale production plant.

TSHA-101, a potential treatment for GM2 gangliosidosis, is set to be the first drug to enter the clinic. At the American Society of Gene and Cell Therapy annual meeting in May, UT Southwestern’s Steven Gray, one of Taysha’s scientific advisors, and his collaborators showed delivering the gene therapy to mice via a lumbar puncture may improve symptoms at doses low enough to avoid adverse events.

Sars-CoV-2, which is behind the COVID-19 pandemic, affects a person by initially binding its spike protein to the ACE2 receptor on the human cells’ surface. Stopping this process could theoretically prevent infections when tissues are exposed to the virus.

A research team that is led by the University of Illinois, Urbana-Champaign, purposes that a variant of the receptor that is with one having an even stronger ability to bind to the coronavirus, it might work as a therapeutic candidate against COVID-19 by acting as a decoy to persuade the virus away.

In a new study that is published in Science, the team displayed that one soluble receptor protein, sACE2.v2.4, a variant with three mutations, was considerably more efficient at neutralizing SARS-CoV-2 infection than was the unmodified protein in cultured cells.

Scientists have already isolated many highly potent neutralizing antibodies from patients who recovered from COVID-19. These antibodies defend a cell from infection by squarely preventing the pathogen’s biological activities. They are considered a viable COVID-19 treatment approach, and inducing them is a crucial goal of vaccines.

A peanut allergy patch which is based on new delivery technology has hit a snag at the FDA.

The agency turned down Viaskin Peanut patch of DBV Technologies for children between the ages of 4 and 11 years, raising concerns about the patch itself. Built on the French company’s Viaskin platform, it is designed to deliver small, controlled amounts of peanut allergens via skin to desensitize the immune system and lessen its reactions.

As per the statement by DBV, the FDA’s complete response letter said the design of the patch would require to be modified, with a focus on site adhesion and also how that affects the treatment’s efficacy.

The company will also have to run a new human factor study and provide supplementary clinical data and information on the patch’s chemistry and manufacturing as described by the company. The agency raised no safety concerns.