Bluebird declares the price of its gene therapy- Zynteglo

Bluebird Bio has set the price of its gene therapy Zynteglo at USD 1.8 million. Zynteglo, so far, has only been approved for treating rare blood disorders in the Europe Union. The full price of Zynteglo can be dispersed out for five years, at approximately USD 357,567 annually. The first gene therapy was the spinal muscular atrophy treatment Zolgensma, which was approved by the FDA last month. Its developer, Novartis, kept the price of the therapy at USD 2.1 million. These one-time therapies can have a life-long effect in treating diseases as compared to traditional medicines. But the huge upfront cost, to be borne by the patient, dispirits patients to opt for it.

Pfizer has declared to buy oncology specialist Array BioPharma for a total value of about USD 11.4 billion. The two companies have entered into a definitive merger agreement according to which Pfizer will procure Array– a commercial stage biopharmaceutical company focused on the discovery, development and commercialisation of targeted small molecule medicines to treat cancer and other diseases of high unmet need. The proposed acquisition will let Pfizer attain the rights over two marketed drugs, MEK inhibitor Mektovi and BRAF inhibitor Braftovi, accelerating its oncology treatment.  The two drugs, Mektovi and Braftovi are approved as a combo treatment for melanoma and recently showed positive results in treating colon cancer.

Jazz Pharmaceuticals plans an early launch of its drug Sunosi

Jazz Pharmaceuticals is planning to launch its sleepiness medicine Sunosi, which is also known as solriamfetol sooner than planned after it received a Schedule IV medicine designation from the U.S. Drug Enforcement Agency (DEA). Sunosi received an FDA approval in March this year, is the first and only dual-acting dopamine and norepinephrine reuptake inhibitor (DNRI). The drug promises to improve wakefulness in adult patients with excessive daytime sleepiness associated with narcolepsy or obstructive sleep apnea (OSA). At present, the Obstructive sleep apnea treatment market includes Provigil Oral and Nuvigil Oral as the only approved marketed drugs in the US. Looking at the overall market scenario, DelveInsight’s estimated that the Obstructive Sleep Apnea Market size was about USD 197.46 Million in 2016 in 7MM for the period of 2016-2027. 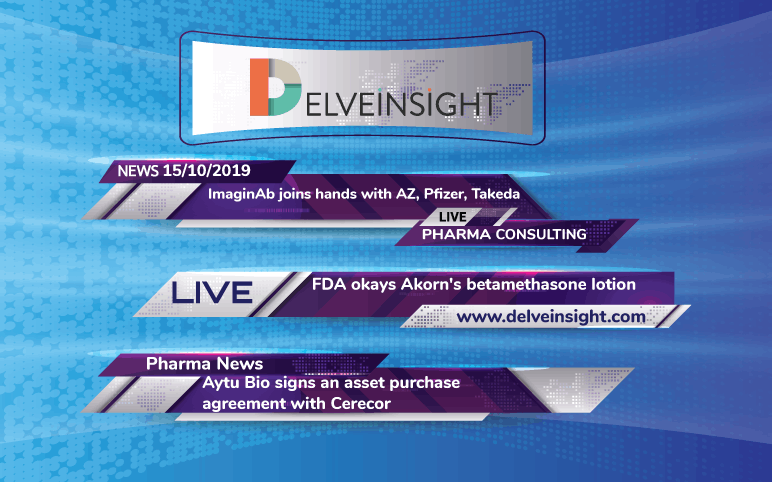 ImaginAb has collaborated with AstraZeneca, Pfizer and Takeda to develop technology to facilitate tumour imaging and ...