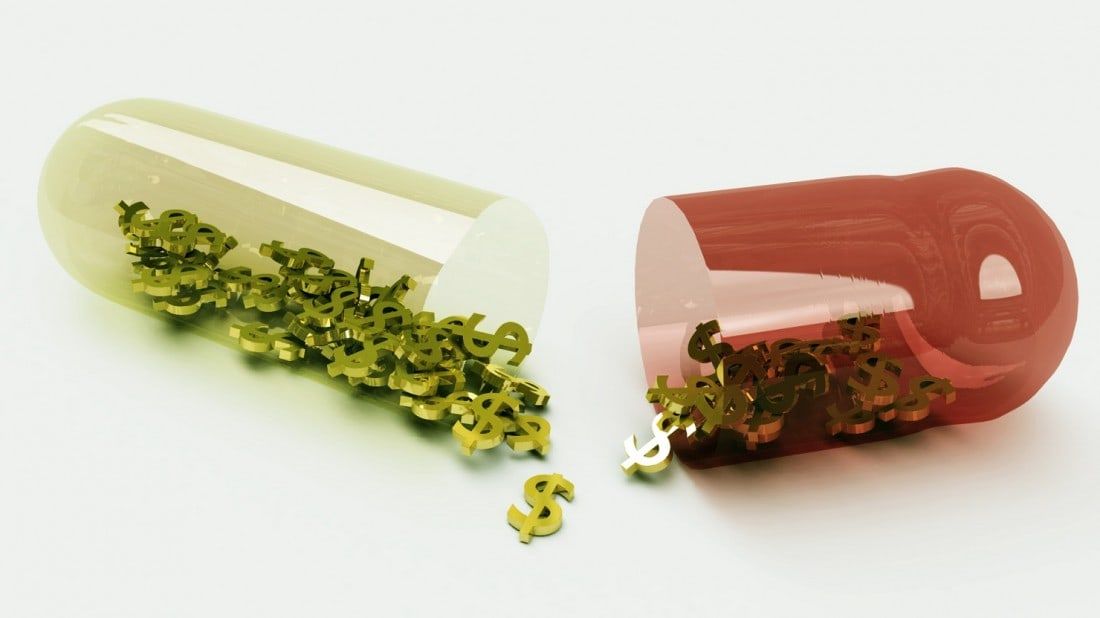 Merck is the victim of its own success, judging from its first-quarter report. The company beat sales and earnings estimates, and it upped its guidance for the year, despite some significant suffering from generic competition. Sales of its hit immuno-oncology drug Keytruda skyrocketed 134% to $584 million during the quarter. Merck’s sales were up 1% to $9.4 billion and its net income was flat at $2.4 billion or 88 cents per share on a non-GAAP basis—beating the consensus estimate of 82 cents. Merck is combining Keytruda with other drugs in multiple ongoing clinical trials. And if Merck gets the FDA’s approval, its market for Keytruda could significantly expand to include all patients with nonsquamous NSCLC sans EGFR or ALK mutations.

Looking for a reputation rehab, Valeant is eyeing a name change

Valeant might actually take some of Bill Ackman’s advice, the hedge fund investor, who recently bailed out of his longtime Valeant stake, suggested last year that the scandal-ridden company change its name to make a fresh start in the reputation department. According to CEO Joe Papa, that’s exactly what Valeant might do. At the company’s annual meeting Tuesday, Papa said, given Valeant’s prominent public beating—for huge price hikes, iffy specialty pharmacy relationships, federal and state probes and Congressional hearings—the company is “looking at alternatives” to its current corporate brand. One of the options floated last year, according to CNBC’s sources, was dropping “Valeant” in favor of the more high-quality name of its eyecare division Bausch & Lomb. Several other names were in discussion at the time.

CEO Ian Read hinted at the possibility on Tuesday’s first-quarter earnings call—but investors shouldn’t expect any immediate action, he cautioned. As Read told shareholders on the call, “we … believe we have the ability, should the opportunity arise and should the value be there, to do a large deal.” He noted, though, that “certain large companies have significant, almost binary risks … which could immediately alter their values,” which is one reason the company won’t be rushing into anything. Bristol-Myers, whose status in the immuno-oncology field was compromised last year by a flopped first-line immonotherapy trial in non-small cell lung cancer, certainly fits that bill. Its lung cancer hopes are now resting on a combo of PD-1 med Opdivo and a CTLA-4 drug—an approach that’s not shared by Merck’s rival Keytruda and Roche’s Tecentriq, which are going after checkpoint inhibitor/chemo pairings.

On the heels of highly anticipated cardiovascular outcomes data for PCSK9 med Repatha, Amgen has signed a money-back guarantee with Harvard Pilgrim. Through the first-of-its-kind contract, if a patient on Repatha has a heart attack or stroke, the drugmaker will provide a full refund. As the partners note, it’s a novel contract based on data from Amgen’s Fourier study, presented in March at the American College of Cardiology in Washington, D.C.—and if Amgen has its way, it will be the first of many. That study showed that Repatha cut heart attack risks by 27% and stroke risks by 21% over a two-year period. Together, patients saw a 19% risk reduction against heart disease and stroke in the first year and 33% afterward, SVP of global development Elliott Levy explained at the time. The deal with Harvard Pilgrim builds on a previous pay-for-performance contract signed by the companies back in 2015. In that exclusive arrangement, the two agreed on specific cholesterol targets for various patient groups, and if Repatha doesn’t help patients hit those goals, the insurer can collect additional rebates.