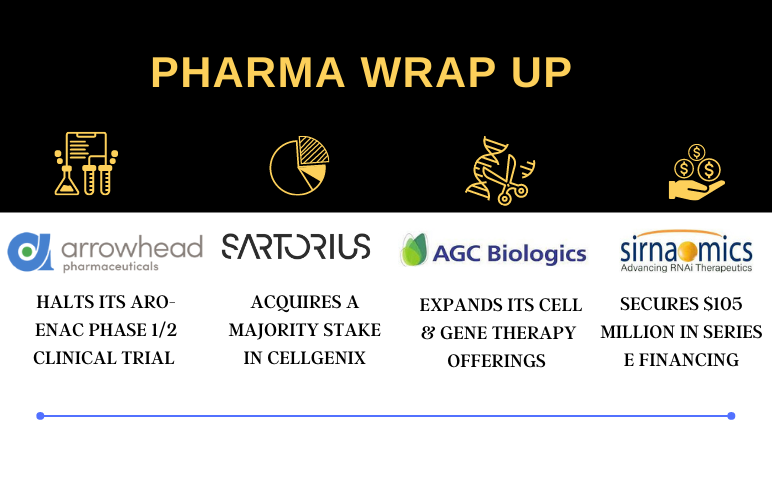 Arrowhead Pharmaceuticals recently notified about its voluntary decision to put a pause on its ongoing Phase 1/2 clinical study of ARO-ENaC for patients with cystic fibrosis (CF). The announcement came after a preliminary update from an ongoing chronic toxicology study in rats that demonstrated some unexpected signals of local lung inflammation.

ARO-ENaC is an investigational RNA interference (RNAi) therapeutic drug, which was undergoing evaluation in a Phase 1/2 clinical trial (AROENaC1001) has now been put on hold with the stoppage on further patient screening, enrollment and dosing while awaiting more data from the rat study.

The hurdles point towards a lack of efficacy of drug delivery or some pertinent issues with the target at hand. The repeated announcements by companies highlighting similar concerns with their antisense asset do not represent a good picture. Not long ago, Ionis also reported a similar case with its Ionis-Enac-2.5-Rx then finally discarding the agent.

The grim picture depicts a huge unmet need in the cystic fibrosis market; however, the company believes that the halt is temporary, and the trial will be back on track soon.

Sartorius is strengthening its Cell and Gene portfolio by acquiring a majority of the stake in the reagent manufacturer CellGenix GmbH.

The company has acquired 51 percent of CellGenix, which has been privately owned till now by shelling out 100 million euros. It further has plans to get its hands on the remaining shares of the company in the coming years.

CellGenix is a great player in the Cell and Gene therapy market space, equipped with high technological expertise and significant regulatory experience making sales of over 20 million euros in 2020 and achieving a significant double-digit EBITDA margin.

Cell and Gene therapy has proved itself an instrumental tool in cancer treatment. With recent medical advancements and innovation in the domain, the Cell and Gene therapy market appears lucrative with many pharma and biotech companies vying to get the taste of the market share.

With the soaring demand for personalized cell and gene therapies, the companies are expanding their commercial manufacturing facilities to meet the demand globally. Recently, AGC Biologics announced the expansion of its Gene and Cell therapy facility.

The company has entered into an agreement with Novartis Gene Therapies to buy a state-of-the-art Cell and Gene Therapy commercial manufacturing facility in Longmont, Colorado. Not long ago, AGC had planned an expansion of its cell and gene facility in Milan, Italy, which it purchased from Italian-based CTG biotech Molecular Medicine (MolMed).

Sirnaomics has announced the closing of a USD 105 million Series E financing round led by Rotating Boulder Fund, a faithful investor of the company, along with joint participation from existing and new investors.

The company plans to leverage the funds from the financing round to fund its ongoing development of novel RNAi therapeutics for treating diverse human disorders including cancers, viral infections, fibrosis, and metabolic diseases. The company also has plans to further make its delivery technology platforms robust and expand its large-scale manufacturing capacity.

Sirnaomics’ leading candidates comprise STP705 and STP707, which are dual targeting siRNA therapeutics against TGF-1 and COX-2 for either local or systemic administration to treat various types of cancers and fibrotic diseases. The company will kick start their trials advancing them further on the basis of results from preclinical and clinical trials.