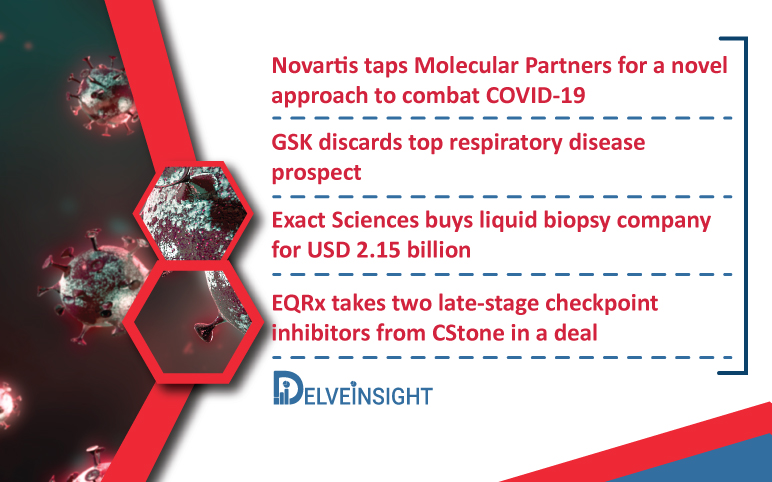 Novartis is spending USD 69 million upfront on a pair of experimental drugs from Molecular Partners.

The pact is for MP0420 and MP0423, two antivirals out of the biotech’s so-called DARPin tech, which Molecular Partners says that it has multi-specific target binding with the potential to avert viral escape via mutations, the prospect for subcutaneous administration, the long half-life for sustained activity, the potential to avoid cold storage and typically high-yield, highly scalable production in bacterial fermenters.

MP0420 is the furthest along, with phase 1 scheduled for next month to be undertaken by Molecular Partners. It will also work on the remaining preclinical stage for MP0423. Novartis will then take measures and conduct phase 2 and phase 3, with Molecular Partners as a sponsor of these tests, if everything goes well.

The collaborators will also work together to scale up manufacturing capacity in collaboration with Novartis’ generics and biosimilar biz Sandoz.

GlaxoSmithKline has culled a phase 2 asthma drug; it once recognized as a top prospect for its declining respiratory business. The decision to dump IL33r antagonist GSK3772847 follows a lack of clinical data on rival candidates against the same target.

GSK obtained the rights to GSK3772847 from Johnson & Johnson in 2016 in a pact worth up to USD 227 million. At the time, GSK proclaimed the blockage of binding between IL-33 and the ST2 receptor as a way for the treatment of a large proportion of severe asthmatics, reflecting evidence of the role the pathway plays in the regulation of inflammatory cells.

Regeneron and Sanofi diminished expectations for the class last year when their anti-IL-33 antibody REGN3500 performed statistically worse than Dupixent in an asthma trial.

GSK presented the results displaying 67% of patients who received GSK3772847 intravenously every four weeks suffered the loss of asthma control compared to 81% of people on placebo.

Exact Sciences is adding early cancer detection to its pipeline through its acquisition of Thrive Earlier Detection for up to USD 2.15 billion in cash and stock. The agreement comes just three months after Thrive raised USD 257 million in venture dollars to push its liquid biopsy test into a registrational trial.

CancerSEEK is a liquid biopsy, which measures DNA and proteins in the blood to screen for multiple cancers. Instead of testing for cancer in a particular organ, CancerSEEK screens the blood for genetic mutations or protein markers linked to cancer.

It tested about 10,000 women with no history or signs of cancer, cooperated with Geisinger and Johns Hopkins University, and found the test could more than double the number of cases detected compared to traditional diagnostics. CancerSEEK was able to find tumors located in 10 different organs, with 65% discovered before the disease spread to various parts of the body.

EQRx includes a pair of PD-1/PD-L1 meds to its pipeline through a licensing pact with China’s CStone Pharmaceuticals worth USD 150 million upfront, but that could net the latter up USD 1.15 billion in milestone payments.

Under the agreement, EQRx picks up the rights to develop and commercialize the drugs outside of China, Taiwan, Hong Kong, and Macau. They include CS1003, an anti-PD-1 antibody in development for various tumors, and sugemalimab, a PD-L1 inhibitor in phase 1 in the U.S., and several phases 2 and 3 studies in China. CStone tests sugemalimab in a registrational phase 2 study in lymphoma and four phases 3 studies in non-small cell lung cancer, gastric cancer, and esophageal cancer.

EQRx CEO Alexis Borisy believes the addition of PD-L1 and PD-1 drug candidates to the clinical pipeline confers EQRx and their strategic partners to deliver high-quality, lower-cost treatment regimens across a wide range of cancers.

Ultimately, including this unique combination of potentially best-in-class immunotherapeutic agents enhances their mission to deliver equal access to innovative medicines while decreasing costs for patients, payers, and healthcare systems worldwide, as per his statement.