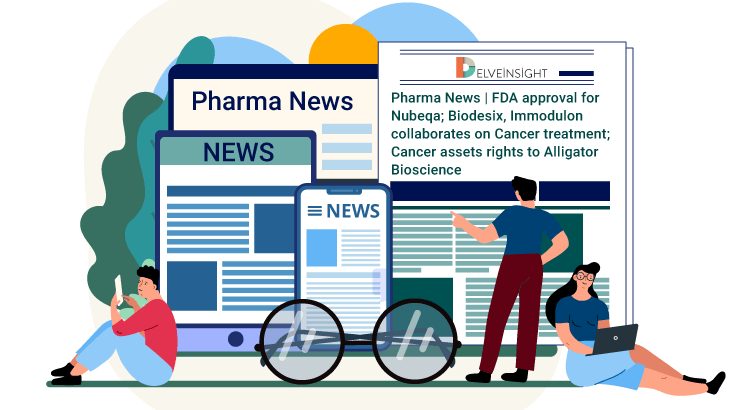 Bayer and Orion’s Nubeqa gets FDA recommendations for Prostate Cancer

The U.S. FDA has given its nod to Nubeqa (darolutamide) for the treatment of patients with non-metastatic castration-resistant prostate cancer (nmCRPC). Nubeqa is a steroidal androgen receptor inhibitor (ARi), and its recommendation came after its positive results in Phase III ARAMIS trial plus androgen deprivation therapy (ADT) compared to placebo plus ADT. Nubeqa, the co-product of Bayer and Orion received the approval under the FDA Priority Review designation. The drug is set to join other anti-androgens already available in the Prostate cancer therapy market such as Abiraterone and Bicalutamide, which bind to androgen receptors and competitively inhibit their interaction with testosterone and dihydrotestosterone thus hampering the growth of the prostate cells.
Prostate cancer is the fifth leading cause of death from cancer in men. The American Cancer Society estimates that roughly 31,620 deaths will occur in the United States in 2019. According to the Prostate Cancer U.K., over 47,000 men are diagnosed with prostate cancer every year – i.e. 129 men every day. At present, Casodex (AstraZeneca Pharmaceutical), Zytiga (Centocor Ortho Biotech), Xtandi (Astellas Pharma), Provenge (Dendreon Corporation) are a few of the approved drug therapies for the treatment of prostate cancer. However, the lack of non-metastatic castration-resistant prostate cancer (nmCRPC) therapeutic options and the need to delay the onset of castration-resistant disease in metastatic hormone-naïve prostate cancer (mHNPC) are two of the most important unmet needs.
According to DelveInsight, the growth of prostate cancer market during the forecast period of (2019-2028) is positively attributed to the factors such as high incidence, increased morbidity rate due to prostate cancer, addressal of the unmet needs and increasing awareness about available treatments. Some key pharma companies such as Clovis Oncology, Tracon Pharmaceuticals, Eli Lilly, OncBioMune Pharmaceuticals and many others are involved in rolling the Prostate cancer market forward.

Immodulon Therapeutics, a UK-based immuno-oncology company, has teamed up to form a biomarker research collaboration with Biodesix, a US-based blood-based diagnostic solution provider. The partnership will give Immodulon access to Biodesix’s Diagnostic Cortex machine learning platform to accelerate the clinical development of its investigational immunotherapeutic candidate IMM-101 undertrials for various cancers, including advanced pancreatic cancer. Diagnostic Cortex machine learning platform has the potential to identify the biomarker pattern through the use of Artificial Intelligence, thus analyzing the circulating proteome of complex diseases such as cancer.
The trial IMAGE 1 results revealed that cancer patients administered with IMM-101 in addition with gemcitabine had 59% overall increased survival as compared to those receiving gemcitabine alone.
According to the Cancer Research U.K., pancreatic cancer is the 11th most common cancer in the United Kingdom, accounting for 3% of all new cancer cases. Currently, the advanced pancreatic cancer treatment options include Surgery, Radiation Therapy and Chemotherapy, either separately or in combination. However, due to various side effects of currently available therapies/medication, there is a demand for new therapies in the market with no or minimal adverse effects and provide proper treatment to the patients suffering from Advanced Pancreatic Cancer.
According to DelveInsight, the launch of the therapies by Pharma companies such as Bristol-Myers Squibb, Altor BioScience, Polaris Group, Apexigen, and others are developing various therapies for the treatment of patients suffering from Advanced Pancreatic Cancer. Cabiralizumab & Nab-paclitaxel (Bristol-Myers Squibb), ALT-803 (Altor BioScience), ADI-PEG 20 (Polaris Group), APX005M (Apexigen) along with the other compelling treatment options in the clinical trials will increase the overall Advanced Pancreatic Cancer market size.

Alligator Bioscience, a Swedish-based biotechnology company that develops antibody-based drugs for the treatment of cancer, announces the regain of exclusive, worldwide rights from Janssen Biotech to develop and commercialize tumour-directed immunotherapy ADC-1013 (JNJ-64457107).
In the original agreement, signed in 2015, Alligator Bioscience granted an exclusive, worldwide licence to Janssen for USD 695 Million. The deal also had a provision of tiered royalties on the sales of the compound globally. Till date, the company has received USD 35 Million upfront and USD 11 M as milestone payment. The decision to return the rights to Alligator Bioscience is a part of Janssen’s strategy to prioritize research programmes.
ADC-1013 is Alligator’s ground-breaking tumour-directed immunotherapy compound, in Phase I development for the treatment of metastatic cancer. The drug is an agonistic human monoclonal antibody which activates CD40, an immuno-stimulatory receptor present on the immune system’s dendritic cells, which further stimulates T-cells to attack cancer. Data from previous clinical trials ensures the safety and tolerability of the drug and early signs of clinical activity including a partial response in a renal cell cancer patient and prolonged stable disease for around six months in ten subjects. 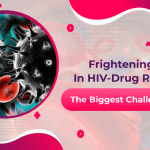 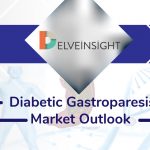