Ikena Oncology has bagged USD 120 million to develop its expanding pipeline of cancer drugs. The Series B round begins as Ikena prepares to add a TEAD inhibitor to its roster of clinical programs and pushes a first-in-class KRAS asset through lead optimization.

Celgene collaborated with Ikena on its kynureninase and AHR antagonist programs, fuelling the startup’s claims, its assets are differentiated from failed IDO1 inhibitors, and other candidates started moving through preclinical.

The progress has set Ikena to raise USD 120 million. Omega Funds led the series B round with assists from fellow new investor Fidelity Management & Research and existing backers Atlas Venture, OrbiMed, and Bristol Myers Squibb, which became involved through its Celgene acquisition.

Ikena will back a pipeline that falls into two categories. The immunotherapy pipeline is led by an in-licensed EP4 antagonist that Ikena is testing combined with Keytruda in phase 1b/2 colorectal and non-small cell lung cancer clinical trials.

The immunotherapy pipeline also highlights IK-175 and IK-412, the assets covered by the Celgene pact. Bristol Myers has options on the two assets, the most advanced of which entered phase 1 testing in solid tumor patients around one year ago.

The newer side of the pipeline points targeted oncology drugs. Ikena schedules for filing an IND for TEAD inhibitor IK-930 in Hippo-mutated cancers in the second half of the year. IND-enabling studies are underway.

Presently, no drugs have been authorized by the FDA for nonalcoholic steatohepatitis. After the Food and Drug Administration rejected a long-anticipated NASH drug from Intercept Pharmaceuticals, and Genfit’s candidate flunked in phase III clinical trials, the field is open for competition.

Terns announced that it would use the proceeds of its series C round to proceed with clinical trials of its three NASH candidates. TERN-101 is a liver-directed non-bile acid farnesoid X receptor (FXR) agonist. At present, Terns has 96 patients enrolled in a 12-week, placebo-controlled Phase IIa study of the treatment, and it anticipates to share top-line data in the second half of 2021. It also slates to commence a Phase Ib trial of its second candidate, TERN-201, a vascular adhesion protein (VAP-1) inhibitor, with top-line data anticipated in the first half of 2022.

Terns schedules to bring a third candidate into the clinic this year, TERN-501, a thyroid hormone receptor (THR) beta-agonist. Also, it arranges to launch a combination trial of this treatment in conjunction with TERN-101 in 2022 as per company’s announcement.

Ribometrix will apply its proprietary discovery platform to recognize and optimize small molecule compounds, which modulate RNA function by aiming three-dimensional (3D) RNA structures. Under the terms of the deal, Ribometrix and Genentech, a member of the Roche Group, will collaborate on discovering and preclinical development of programs.

Genentech will be accountable for further development and commercialization. Genentech will fund Ribometrix a USD 25 million upfront payment, and in return, will get the exclusive rights to various predefined targets, including an exclusive global license for the development and commercialization of molecules under this collaboration. Ribometrix will also be eligible to obtain potential milestone payments exceeding USD 1 billion and tiered royalties on future global net sales of products that ensue from the collaboration.

Medical technology company Hologic Inc. has announced the purchase of Biotheranostics Inc. in a contract worth USD 230 million.

Hologic (HOLX) said that Biotheranostics gives molecular diagnostic tests for cancer, and hence, the agreement would benefit the company to expand its presence in the fast-growing oncology market.

Taking over Biotheranostics enables Hologic to jump-start the entry into a large, fast-growing oncology adjacency that fits perfectly with the broader corporate focus and passion for women’s health, as said by Kevin Thornal, president of Hologic’s diagnostics division.

Thornal added that together with the Biotheranostics team, they could leverage the commercial capabilities and expertise in molecular diagnostics automation to quicken growth, aid physicians make abreast decisions and provide more personalized treatment and better clinical outcomes for more women. 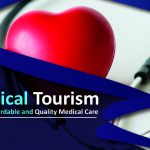 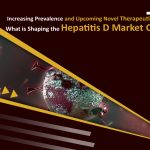