Opdivo/Yervoy has been approved as a first-line treatment for patients with intermediate- and poor-risk advanced RCC since 2018, and BMS hoped to expand its use into patients with curable localised RCC tumors with surgery. Part A of the CheckMate -914 trial included patients with localised RCC who had complete or partial kidney removal surgery and were assessed to be at moderate or high risk of the tumor returning.

According to the company, the data showed that Opdivo/Yervoy was no better than placebo at improving disease-free survival. Part B of the trial is looking at Opdivo alone against placebo in this situation and will continue to read out, albeit it now appears to be disappointing. It’s a setback for BMS, especially since Merck & Co. recently received clearance for its PD-1 inhibitor Keytruda (pembrolizumab) as adjuvant RCC treatment.

Opdivo and Opdivo/Yervoy were also demonstrated to be successful as first-line therapy in advanced RCC clinical trials alongside Exelixis’ tyrosine kinase inhibitor Cabometyx (cabozantinib). At the same time, Opdivo was effective as a second-line treatment.

Meanwhile, other pharmaceutical companies are working on checkpoint inhibitors for adjuvant RCC, including Roche, which is testing Tecentriq (atezolizumab) in the phase III IMmotion010 study and AstraZeneca, which is testing Imfinzi (durvalumab) alone and in combination with CTLA4 inhibitor tremelimumab in the RAMPART trial.

Sarepta is forging ahead with an ambitious plan to file for fast approval of its gene therapy SRP-9001 for duchenne muscular dystrophy (DMD) with the FDA in the coming months, with the goal of getting it available in the middle of 2023. The US biotech, which currently has three antisense medications for DMD on the market, had previously stated that it planned to postpone the application until 2023, so the new news represents an acceleration of its preparations.

Sarepta released updated clinical trial results with the one-shot medication in July, which supported the evidence for SRP-9001 (delandistrogene moxeparvovec) for efficacy and durability but also raised safety concerns when a significant case of myocarditis was observed in 1 of 38 patients enrolled in its ENDEAVOR study.

Sarepta’s gene therapy, like competitors from Pfizer and Solid Biosciences, codes for a shorter form of the dystrophin protein, which is missing in individuals with the X-linked muscle-wasting condition, which mostly affects men. Sarepta has not said if the FDA intends to assemble an advisory committee to solicit expert advice on the application. However, it appears plausible given the company’s bid to become the first gene therapy for DMD and recent safety concerns.

The FDA gave fast clearance to Sarepta’s current exon-skipping DMD therapies, Exondys 51 (eteplirsen), Vyondys 53 (golodirsen), and Amondys 45 (casimersen), and the company has yet to complete confirmatory trials. The three medications required weekly intravenous dosage and only worked in about one-third of DMD patients.

Ionis Pharmaceuticals announced the positive topline results of the Phase IIb RE-THINC ESRD study of fesomersen, formerly IONIS-FXI-LRx, in patients suffering with end-stage renal disease (ESRD) on hemodialysis. In the research, fesomersen achieved its primary outcome measure of no increase in the incidence of major bleeding and clinically relevant non-major bleeding as compared to placebo. Data from the study demonstrates that fesomersen (administered monthly at 40 mg, 80 mg & 120 mg for up to 48 weeks) was safe and well-tolerated. Fesomersen showed significant reductions in Factor XI activity levels.

Data from the study are compatible with the clinical profile seen across Ionis’ other LICA programs, further verifying how advancements in the company’s LIgand-Conjugated Antisense technology position Ionis to deliver potentially transformative treatments for a range of unmet medical requirements.

Around 17.9 million people die from cardiovascular disease yearly, representing 32% of all deaths worldwide. Out of these deaths, 85% are due to heart attacks and strokes, usually caused by blood clots that block blood vessels in the heart or brain. Fesomersen is designed to reduce the production of Factor XI, a protein produced in the liver that is a vital component of the coagulation pathway. Factor XI is an attractive target for anti-thrombotic medicine because of its ability to separate anti-thrombotic activity from bleeding risk. The RE-THINC ESRD study focused on ESRD patients because they have a significantly high risk of thromboembolic events and a very high bleeding risk.

In prior clinical studies evaluating the safety and efficiency of the non-LICA version of fesomersen (IONIS-FXIRx) dose-dependent inhibition of Factor XI activity was shown, which was associated with significant decrease in the clotting events and no increase in major bleeding events.

Arcutis Biotherapeutics announced that the U.S. Food and Drug Administration had approved the New Drug Application for ZORYVE cream 0.3% for the treatment of plaque psoriasis, including intertriginous areas, in patients of age 12 years or older. The first and only topical phosphodiesterase-4 inhibitor approved for the treatment of plaque psoriasis, ZORYVE provides rapid clearance of psoriasis plaques and reduces itch in all affected areas of the body.

Topical therapies will remain the primary treatment option for most individuals with plaque psoriasis. This common immune-mediated skin disease affects approximately 9 million people in the United States and is the most frequent type of psoriasis in adults and adolescents. Severity can vary between mild, moderate, and severe, with itch being the most burdensome and frequently reported symptom.

While the disease may affect any body area, plaques in certain areas, like the face, elbows and knees, genitalia, and intertriginous areas, present unique treatment challenges. As a result, individuals suffering with psoriasis are often advised multiple topical medications for different areas of the body, which results for a complicated treatment procedure.

Arcutis intends to make ZORYVE available via key wholesalers and national dermatology pharmacy channels as a new treatment option by mid-August. The Company is focussed on affordable access to therapy. The ZORYVE Direct patient support program will assist commercially insured individuals suffering with plaque psoriasis get access and start ZORYVE treatment as prescribed by their healthcare provider quickly and easily by assisting them in navigating the payer process, lowering the out-of-pocket cost for eligible patients, and offering programs that support staying on therapy. Arcutis will also provide the Arcutis Cares patient assistance program which is the first of its kind for a topical psoriasis treatment that will provide ZORYVE at no cost for financially eligible patients, underinsured or uninsured.

Gilead Announces Positive Biktarvy Data for HIV and Hepatitis B

Gilead Sciences has announced results for its therapy Biktarvy® (bictegravir 50 mg/emtricitabine 200 mg/tenofovir alafenamide 25 mg tablets, B/F/TAF) for a broad range of people with HIV, including those with HIV and hepatitis B (HBV) co-infection. The therapy is termed a highly efficacious treatment option based on the interim data from the phase 3 ALLIANCE trial. Gilead presented the data at the 24th International AIDS Conference (AIDS 2022).

Globally, at the end of 2021, between 33.9 million and 43.8 million people were living with HIV. Nearly 8% of the global population infected with HIV could also suffer from an HBV infection.

In one of the biggest updates from the regulatory segment, the U.S. Food and Drug Administration has agreed to review Biogen’s treatment therapy Tofersen for a rare, fatal, genetic form of Amyotrophic Lateral Sclerosis (ALS). The news came weeks after follow-up analyses of data from a failed late-stage study that suggested the drug was likely to work. The FDA intends to meet with its outside experts to examine the application further.

Moreover, Biogen has updated that the FDA’s decision on Tofersen, which will go through a priority review, is expected by Jan. 25, 2023. After the accelerated approval, Biogen needs to conduct further testing to prove the significance of clinical outcomes.

Tofersen is an RNA-based therapy developed to reduce abnormal and toxic superoxide dismutase 1 (SOD1) protein production. Tofersen targets the mutations in a specific gene that leads to the accumulation of toxic levels of SOD1 protein. If approved, Tofersen will be the first treatment to target a genetic cause of ALS. Biogen’s application is based on data from the  Phase 1 trial in healthy volunteers and Phase 1/2/3 VALOR trial and its open-label extension (OLE). In the VALOR’s Phase ½ trial, tofersen was well tolerated and reduced toxic SOD1 levels as intended.

ALS, commonly known as Lou Gehrig’s disease, is a group of rare neurological diseases mainly involving the nerve cells (neurons) responsible for controlling voluntary muscle movement. ALS can be either sporadic or genetic. It is observed that the mutations in the SOD1 gene are found in up to 20% of people with familial ALS and up to 2% of those with sporadic disease. In the United States, nearly 330 people are affected by Amyotrophic Lateral Sclerosis. As per DelveInsight, the total prevalent population of Amyotrophic Lateral Sclerosis in the seven major markets was 71,628 in 2020, which is expected to increase in the coming years. 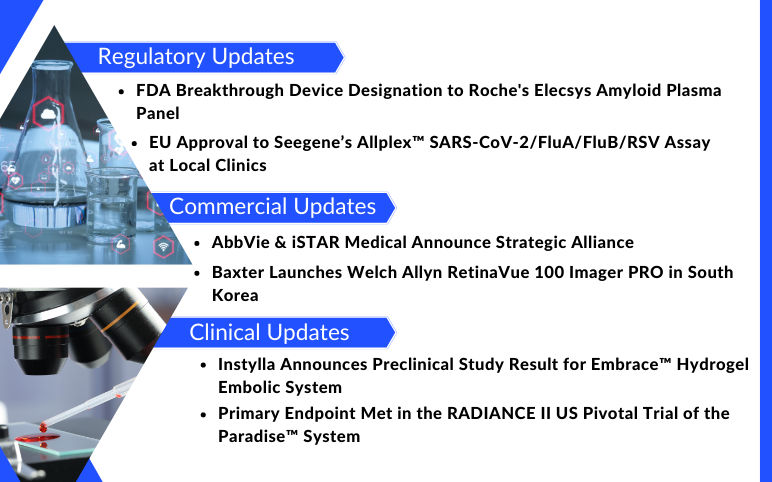