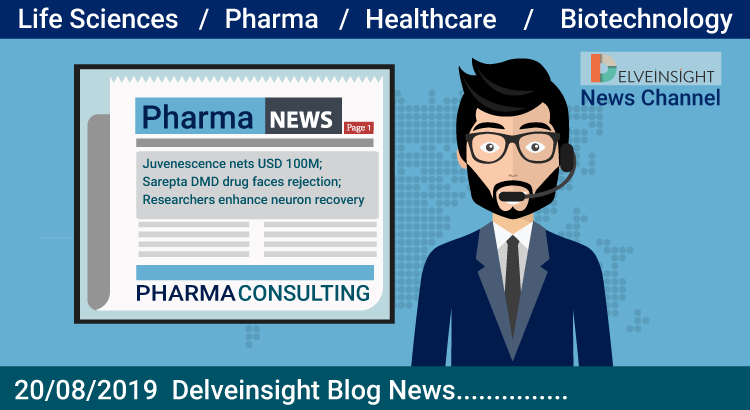 Juvenescence closes a USD 100 Million Series B round

Juvenescence, a life sciences company focused on treating ageing problems, has successfully raised USD 100 Million in a Series B round. The investors who took part in the funding were Grok Ventures, the investment company of Mike Cannon-Brookes (Atlassian co-founder), and Michael Spencer’s private investment company, IPGL.
Juvenescence, which utilizes artificial intelligence to develop therapies for age-related illnesses, such as cancer, diabetes, heart disease, respiratory disease, and dementia among others, till date has been able to net a total amount of USD 165 Million.
According to WHO, around 50 million people have dementia, and nearly 10 million new cases are registered every year worldwide. Alzheimer disease is the most common form of dementia, alone contributes to 60–70% of cases. Researchers worldwide are experimenting with the antihypertensive drugs which are believed to lower down the Dementia incidence.
Frontotemporal dementia (FTD) is an umbrella term for a diverse group of uncommon disorders that primarily affect the frontal and temporal lobes of the brain areas. In the current FTD market scenario, there is no targeted therapy specifically for the cure of frontotemporal dementia, however, several key pharma players are involved in advancing the pipeline.

In an unexpected move, the FDA has rejected the use of a second drug, Vyondys 53 (golodirsen), aimed to treat Duchenne muscular dystrophy (DMD) in children.  Sarepta Therapeutics, aiming to combat life-threatening diseases and advancing rare disease pipeline, received a Complete Response Letter (CRL) from the U.S. FDA for DMD treatment in patients with a confirmed mutation amenable to exon 53.
The approval of Vyondys 53 was very much anticipated as it showed promising results in the DMD treatment approximately targeting 8% of the DMD patient pool. And the negative decision came due to the risk of infection-related intravenous infusion ports and kidney toxicity seen in animal experiments. Past years have seen a huge number of approvals for accelerating rare-disease therapy market. However, the recent disapproval represents stricter regulatory policies from the end of the FDA.
DMD is the most common childhood-onset form of muscular dystrophy which affects males almost exclusively and the Duchenne Muscular Dystrophy prevalence is estimated to be 1 in every 3500 live male births. According to the National Organization for Rare Disorders, the muscular dystrophies as a whole are estimated to affect 250,000 individuals in the US.
The goal of Duchenne Muscular Dystrophy treatment is to control the symptoms of DMD and related complications caused by severe progressive muscle weakness and loss in order to maximize the quality of life. Various therapies have been developed for treating DMD. Treatment approaches that can be used to treat DMD are Physical therapies, Steroids, Assistive devices, and others.

Researchers at the Stanford University School of Medicine carried out new experiments in the rats to recover the neurons in the brain.
In the experiment, the rats were subjected to experience extremely low blood pressure, as if in the situation of heart attacks. This made the rats lose neurons in a specific portion of the hippocampus critical to learning and memory. But the researchers claim that they were able to revive the memory of the animal by injecting a molecule that blocks a microRNA. The scientists were also able to find a fascinating microRNA blockade potentially causes astrocytes, which support neurons, constitute up to 50% of the cells in the brain.
Currently, there is no solution for the memory loss in the patients with heavy blood loss, cardiac arrest or stroke. Further experiments are underway to test the reliability of the approach in humans.