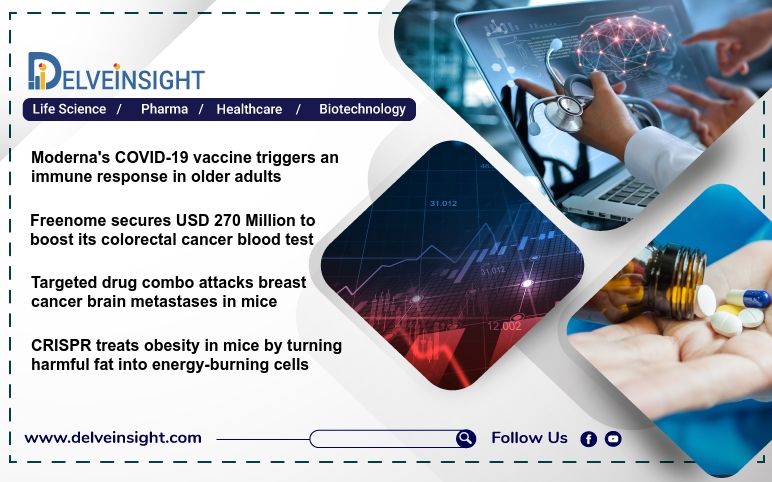 Moderna showed robust phase 1 results for its COVID-19 vaccine in adults up to 55 last month. It is now following up with data from a small group of older adults, and they look positive.

The phase 1 study that is being run by the National Institute of Allergy and Infectious Diseases tests three dose levels of the vaccine, mRNA-1273, given in two injections a month apart in 120 adults. As observed in 45 younger adults, the middle dose of the vaccine triggered the production of neutralizing antibodies against SARS-CoV-2, the virus, which causes COVID-19, in 10 patients aged 56 to 70 and 10 patients over 71.

Freenome persists in getting strong financial support for its development work, with USD 270 million in new funds to push its cancer-detecting blood test via clinical trials and across the FDA’s finish line.

The latest financing builds upon the USD 160 million the former Fierce Medtech Fierce 15 winner raised one year ago, which aided support the launch of a registrational study this past May for its multi-omics test to spot colorectal cancer and precancerous lesions at times when treatments can do the best.

The company’s main goal is to make it easier to screen millions of people who are behind on recommended colorectal cancer exams, like a colonoscopy, with a front-line blood test. Freenome’s diagnostic searches for direct indication of tumors and signs of the immune system’s response, integrating genomics, transcriptomics, methylomics, and proteomics technologies.

While drugs like Herceptin of Roche have significantly improved the prospects for people diagnosed with HER2-positive breast cancer, more than half of patients develop brain metastases. Moreover, because most drugs cannot cross the blood-brain barrier, treating cancer once it has spread, making it difficult.

At Northwestern University, the researchers combined chemotherapy with an investigational bromodomain (BET) inhibitor to target breast cancer that had spread to the brain in mouse models. The two drugs combined with radiation cleared the brain metastases in 75% of the animals, as reported in the journal Science Translational Medicine.

The combination the Northwestern team tried consisted of the chemotherapy drug vinorelbine and a BET inhibitor called I-BET-762. The BET inhibitor worked by increasing beta-3 tubulin (TUBB3), a protein found in brain metastases. That overexpression of TUBB3 improved chemotherapy’s ability to target and kill the cancer cells in the brain, also reported by the researchers.

Brown adipose tissue is known as the healthy fat as it burns calories to produce heat. White fat, in contrast, can build up and cause obesity.

Now, a research team that is led by scientists at Harvard University have used the CRISPR-Cas9 gene-editing technology to engineer human white fat so that it shows the properties of brown fat. They believe the advancement will reveal the possibility of cell therapies to fight obesity and other metabolic diseases.

The modified cells helped avoid obesity in mice fed a high-fat diet, and the animals showed improvements in metabolic functioning as a result published in Science Translational Medicine.

Brown fat generates heat in response to low temperatures due to its expression of the protein UCP1. So the Harvard-led team used CRISPR to activate UCP1 expression in white adipose precursor cells, creating what is called human brown fat-like (HUMBLE) cells.