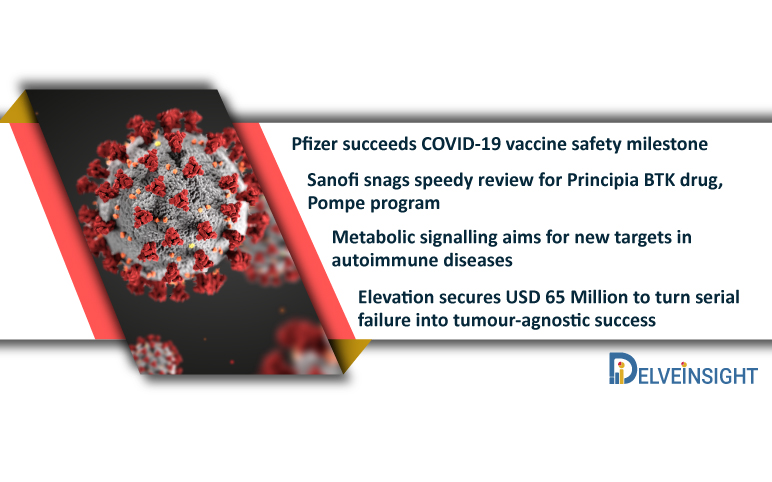 Pfizer prepares to file its COVID-19 vaccine for emergency use authorization (EUA) after succeeding a key safety breakthrough. Pfizer now has the median two-month follow-up data needed for securing EUA from the FDA, moving a step closer for bringing its vaccine to market in the United States, as said by CEO Albert Bourla, PhD.

Speaking about the virtual events that were hosted by The New York Times and Stat, Bourla said Pfizer is preparing to try EUA for the vaccine that it developed with BioNTech, using the safety data and the efficacy results it provided a glimpse of last week. It is not known when Pfizer will attempt for EUA from the FDA, with Bourla opting against making a statement, which would create anticipations.

Pfizer also held initially off on giving a more detailed look at the efficacy data as it hoped the effectiveness figure to change as more participants developed COVID-19. The detailed data arrived on Wednesday when the Big Pharma disclosed its vaccine was 95% effective in the phase 3 trial.

In the placebo arm, 162 participants developed COVID-19, as compared to eight subjects in the vaccine group. There were nine severe cases of COVID-19 in the placebo group and one in the vaccine group. Notably, Pfizer told the efficacy in people aged 65 years and older was 94%. Although, it will take more time to answer regarding the critical question of vaccine durability.

The rare disease programs of Sanofi are scoring speedy review tags. After scoring breakthrough and fast-track status from the FDA, the French pharma’s Pompe disease treatment took a priority review tag, setting it up for an FDA decision next spring. The agency also fast-tracked rilzabrutinib, a BTK inhibitor Sanofi picked up in its USD 3.7 billion buyouts of its partner Principia Biopharma.

People who are affected with Pompe disease have mutations in the GAA gene that prevents them from making enough of an enzyme of the same name. As very little of this enzyme is there so, their cells can not break down a complex sugar called glycogen into the simple sugar glucose. The glycogen accumulation then leads to tissue damage, especially in the muscles, including heart muscle and the muscles that support breathing.

The Pompe program of Sanofi, avalglucosidase alfa, is an enzyme replacement therapy designed to enhance the delivery of GAA enzyme to muscle cells. Its FDA submission is based on a phase 2 trial in patients diagnosed as infants and a phase 3 study comparing the treatment to the standard of care, alglucosidase alfa, in patients with late-onset disease.

The FDA anticipates deciding on avalglucosidase alfa by May 18, 2021. The European Medicines Agency began reviewing it in October. Sanofi believes it will become a new standard of care for people affected with Pompe disease.

A group of specialized white blood cells that are known as regulatory T cells, or Tregs, is vital for keeping the immune system in control. The immunosuppressive functions of cells can be affected by metabolic signalling, which leads to autoimmune diseases, although the exact cellular mechanisms behind this phenomenon are mostly not known.

The researchers consider their discovery could help recognize new ways for treating inflammatory diseases such as lupus and rheumatoid arthritis and other illnesses in which Treg cells are involved, including cancer. Further understanding of how metabolic signalling regulates Treg cell diversity may help the development of drugs to specifically target these pathways, as per their belief.

The ability of Tregs to suppress diverse inflammatory responses needs that they differentiate into effector Treg cells or eTregs. The St. Jude team focused their research efforts into this.

Elevation Oncology has secured USD 65 million to finish enrollment in a registration-enabling phase 2 cancer trial. The study is evaluating seribantumab, an anti-HER3 antibody, which flunked multiple trials at Merrimack Pharmaceuticals before being reborn as a tumour-agnostic candidate at Elevation.

Sanofi noticed enough potential in seribantumab, formerly known as MM-121, to pay USD 60 million upfront for entering into a global licensing agreement with Merrimack in 2009. Five years and three mid-phase failures later, Sanofi returned the rights to the drug. Merrimack began new studies of seribantumab after Sanofi split but ultimately chose to cut its losses.

Elevation picked up the rights to the drug in 2019 and commenced a new R&D strategy. The company is developing the antibody as a treatment for patients with NRG1-fusion tumors, despite where in the body they are found. In recent years, the FDA has allowed several tumour-agnostic cancer drugs.