Mylan has been in the midst of cutting about 3,500 jobs to decrease costs and refocus after its $7 billion buyout last year of Meda Pharmaceuticals. About 90 of those cuts will come with the closure of a plant in Illinois.The drugmaker will shutter a small plant in Decatur, Illinois, that it picked up last year in buyout of Sweden’s Meda, a company that came with about 4,500 employees. A spokesperson said the Decatur plant, which makes a variety of products such as pain med Soma and multivitamin Geritol, will be phased out over several months and the final closure will be in 2018. Mylan has already closed the Meda U.S. headquarters in Somerset, New Jersey, eliminating 94 employees there.

Insys Therapeutics is scrambling to right itself after being knocked akilter by an indictment claiming its former CEO and a group of other ex-top execs bribed doctors to prescribe its Subsys painkiller. But the legal turmoil has not stopped the drugmaker from adding capacity to a Texas manufacturing site. Insys is completing a 30,000 square-foot expansion at its manufacturing site in Round Rock, Texas. The company is investing $24 million to outfit the operation and add an undefined number of jobs. In 2013, the Chandler, Arizona-based company received financial incentives from Round Rock for its $10.5 million expansion into a larger manufacturing facility in the Texas town.

The new med Roche has been anticipating—and the multiple sclerosis market shake-up drugmakers have been dreading—is here. Regulators approved the Swiss drugmaker’s Ocrevus to treat two forms of the disease—relapsing remitting MS and the harder-to-treat primary progressive form—in adult patients. The thumbs-up follows a three-month delay, when the agency asked Roche for additional data on the Ocrevus manufacturing process. Now, the wait is over for Roche, which stands to win big with the blockbuster wannabe. It’s pricing the med at $65,000 per year, marking a 25% discount to Merck KGaA rival Rebif, a drug it topped in clinical trials, and a 20% discount, on average, to other MS therapies, Mizuho analyst Salim Syed wrote in a note to clients.

Novartis is embroiled in a soap opera in Greece, complete with bribery allegations and a suicide threat. Now the plot is thickening. The country’s chief corruption prosecutor, Eleni Raikou, has resigned—and she’s blaming the Swiss pharma giant’s legal issues for her decision. Raikou stepped down over the weekend, sending a letter to Greece’s Supreme Court claiming she was targeted by “unofficial power centres” over her investigation of Novartis, which started in early January. Her resignation followed a less-than-flattering article in a weekly newspaper, according to anonymous sources quoted by the wire service. In her resignation letter, she griped about a lack of “institutional protection”. Greek authorities raided Novartis’ offices in that country after one of the company’s local managers reportedly made a suicide threat on New Year’s Day at a hotel. The executive was one of the employees the authorities were interviewing, according to multiple media reports at the time. 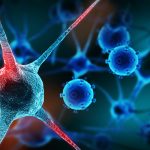 Previous Story
DNA typos to blame for most Cancer Mutations
→ 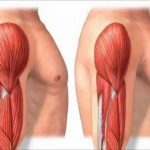