With Flublok at a standstill in Japan, Astellas ditches collaborator UMN Pharma

After Japanese regulators turned away the partners’ submission for a new cell-culture flu vaccine, Astellas has pulled the plug on a collaboration with UMN Pharma. UMN said it’s “regrettable” the companies can no longer work together to push the vaccine, Protein Sciences’ Flublok, to the market in Japan. The pharmas first linked up back in 2010. The shot had previously met its endpoints in a phase 3 trial, according to a release from UMN, and development partner Astellas submitted a marketing application to Japanese health authorities in May 2014. The Pharmaceuticals and Medical Devices Agency considered the risks and benefits, and notified Astellas that it would not further conduct its review; Astellas moved to withdraw the app.

Johnson & Johnson and Actelion may have finally settled a key condition of their long-discussed transaction. The pair has landed on a price for the deal, although sources didn’t tell what that price was. J&J was considering a price in the $260-per-share range for Actelion’s marketed meds, a figure that would bring the buy to more than $28 billion. J&J’s courtship of the Swiss biotech has been a long one, in part thanks to Actelion founder and CEO Jean-Paul Clozel’s desire to keep a piece of his company flying solo.

Bayer’s $66 billion Monsanto takeover has plenty of critics. But thanks to an $8 billion R&D pledge, it has one key backer: U.S. President-elect Donald Trump. Bayer and Monsanto said that their respective CEOs—Werner Baumann and Hugh Grant—had a “very productive” meeting with Trump and his team, resulting in a pledge to promise $16 billion or more in agriculture R&D over the next six years, with at least half of that coming in the U.S.

Biogen to fork over $1.25B-plus to settle blockbuster Tecfidera patent fight with Forward

Biogen has settled its Tecfidera patent fight with Forward Pharma for a whopping $1.25 billion in upfront cash. And if Forward wins particular patent rights on its rival drug, Biogen will be on the hook for Tecfidera royalties of at least 10%. Forward shares skyrocketed 83% to a $33.28 high in premarket trading on Tuesday after Biogen announced the deal. Although the companies still have issues to resolve, the agreement gives Biogen a license to all of Forward’s related intellectual property, and it grants the Danish company potential royalties on Tecfidera, a product that brought in nearly $2.4 billion in sales in the first nine months of 2016 alone. Forward is developing a potential Tecfidera competitor now dubbed FP187. 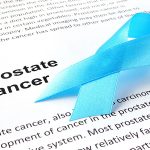 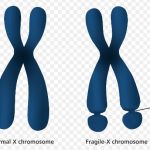