Idera Pharmaceuticals announced final results from the dose-selection phase of an ongoing Phase 1/2 trial investigating IMO-2125 in combination with ipilimumab (Yervoy). The combination dose-selection phase included 18 patients, all but one of whom had progressed on nivolumab or pembrolizumab.  Patients were treated with up to 6 doses of intratumoral IMO-2125 at doses ranging from 4 to 32 mg, along with standard dosing of ipilimumab.  No dose-limiting toxicities were seen and the maximum tolerated dose (MTD) was not reached.  No previously unreported immune-related toxicities were observed.  The 8 mg IMO-2125 dose was selected for further development in combination with ipilimumab based upon acceptable safety, clinical activity, and evidence of target engagement on serial biopsies of the injected tumor and a distant (non-injected) metastasis.

DelMar Pharmaceuticals announced the initiation of Phase 2 clinical trial for its lead agent VAL-083 in newly diagnosed MGMT-unmethylatedglioblastomamultiforme (GBM). The biomarker-driven clinical trial will explore safety and efficacy of chemoradiation with VAL-083 as an alternative to standard-of-care temozolomide in patients with MGMT-unmethylated GBM. The trial, which is being funded under the terms of DelMar’s collaboration with Guangxi Wuzhou Pharmaceutical Group Co. Ltd. (Guangxi Wuzhou Pharma), is being conducted at Sun Yat-sen University Cancer Center (SYUCC) in Guangzhou, China. The study will enroll 20-30 newly diagnosed GBM patients whose tumors exhibit high-expression of the DNA-repair enzyme O6-methylguanine methyltransferase (MGMT) and will be treated with VAL-083 in combination with radiotherapy to examine the safety and efficacy of VAL-083 in this population.

Novartis has published positive Phase III results of an 870 patient study with stage III BRAF V600E/K mutation-positive melanoma. The trial saw reduced recurrence rate of 53% after treatment with the combination of Tafinlar(dabrafenib) + Mekinist (trametinib). The trial met its primary endpoint by observing a reduction in the risk of death or recurrence in patients treated with the BRAF and MEK inhibitor combination therapy versus placebo. Adverse events (AEs) were consistent with other Tafinlar + Mekinist studies, and no new safety signals were reported. 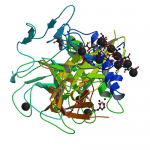 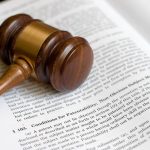