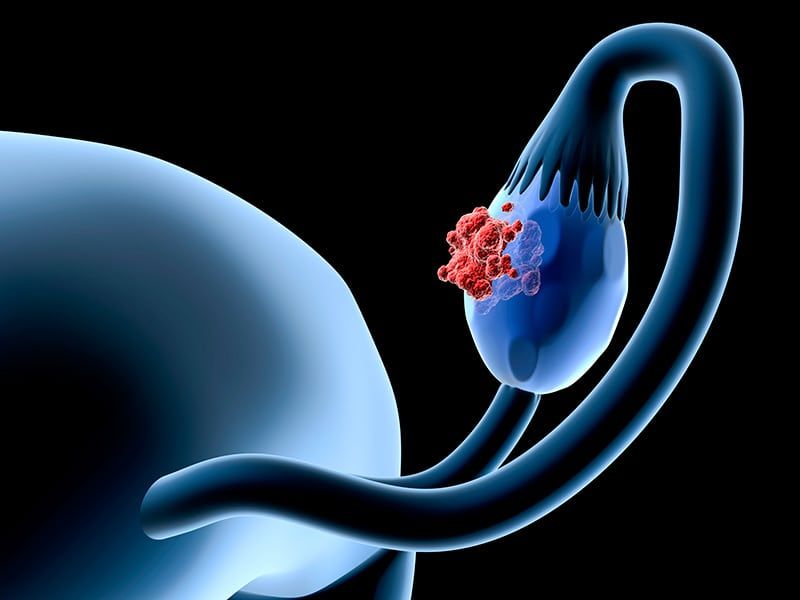 Ovarian Cancer is one of the commonly diagnosed cancer among women worldwide. It accounts for nearly 239,000 new cases and 152,000 deaths per year, globally. Treatment landscape of Ovarian Cancer has evolved over the years as the available chemotherapies were not that efficient, giving rise to targeted therapies as the major treatment in this field, showing better efficacy and resulting in increased usage over the past decade. PARP is one of the most widely researched targets in this area, and the therapies that inhibit PARP target DNA repair. These therapies have gained popularity because of their high oral bioavailability and convenient dosing schedule.

PARP inhibitors act by blocking PARP enzyme that causes breaking of double-strand DNA. These drugs are specifically active in cells that have impaired repair of DNA by the homologous recombination (HR) pathway. BRCA1 and BRCA2 are Homologous Recombination Deficiency (HRD) pathway proteins. Mutation in these proteins causes HRD. However, HRD is also present in a significant proportion of non-BRCA-mutated ovarian cancer. Tumors with BRCA mutations are most susceptible to double-strand DNA breaks. In these kind of tumors, PARP inhibitors abrupt DNA repair process and hence the cancerous cell dies. Since non-cancerous cells do not replicate their DNA as frequently as cancerous cells, they survive the PARP inhibition avoiding the most frustrating adverse effects of traditional chemotherapy, such as hair loss.

Currently, there are three PARP inhibitors in the market including Lynparza (olaparib), Rubraca (rucaparib) and Zejula (niraparib). Use of PARP inhibitors is not limited to only Ovarian Cancer, and these type of drugs are also being evaluated for other indications including Prostrate Cancer, Non-Squamous Non-Small Cell Lung Cancer, and Breast Cancer etc. PARP inhibitors have shown to be well tolerated in a number of clinical and non-clinical studies. Its favorable safety and efficacy profile makes it one of the most talked about topic in targeted oncology. There are around twenty drugs in pipeline for different indications, indicating good development curb for PARP inhibitors in the treatment landscape of cancer. 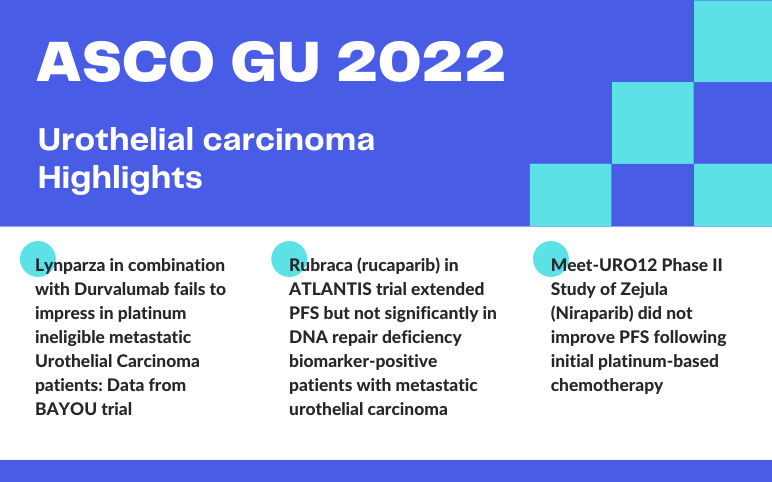 PARP inhibitors in Urothelial carcinoma (U...