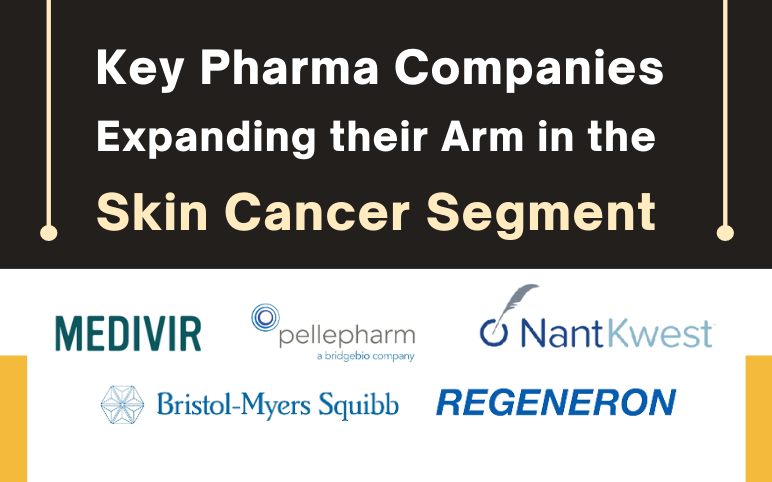 Cancer today is one of the most deadly diseases worldwide, causing a significant burden in terms of mortality, years of life lost, and disability as compared to other diseases. It hampers economic development, weighs down the healthcare system of the country, and affects the quality of life of the patient and their families. In 2020, nearly 10 million people worldwide lost their life due to different types of cancer. Among the different types of cancer, skin cancer is also growing at a significant pace. The death rate due to skin cancer is relatively low as compared to other cancer but it has a direct physical and financial burden on society. Certain risk factors remarkably increase the chances of developing skin cancer.

As per the WHO, one in every three cancers diagnosed is skin cancer. In the US, skin cancer is one of the most common types of cancer, and every year more than 3 million Americans are diagnosed with it. While as per the NHS, “in the UK, more than 1 in 4 skin cancer cases are diagnosed in people under 50, which is unusually early compared with most other types of cancer”. The rising incidence of skin cancer brings a new challenge to the health authorities to address, however, today many pharmaceutical and biotech companies are actively involved in the segment to provide a therapeutic option.

What Are the Risk Factors for Skin Cancer?

The most common risk factor for melanoma and non-melanoma cancers is exposure to ultraviolet (UV) light, including sunlight and tanning beds. The risk increases with the duration of exposure. Additionally, age,  skin tone (fair skin), weaker immune system, moles, and gender also play a key role. The lifestyle factors such as smoking, a previous treatment that includes radiation exposure, and family and/or personal history also increase the chances of developing Skin Cancer.

What are the most common types of skin cancers?

Skin cancer is mainly of two types – melanoma and Non-melanoma. The Non-melanoma skin cancers are further divided into basal cell carcinomas and squamous cell carcinomas. Apart from these, there are several other rare skin cancers with very low incidence and prevalence. The most common types of skin cancers and the key companies operating in the domain to offer therapeutics solutions to deal with them include –

Basal Cell Carcinoma is one of the most common types of Skin Cancer. According to Benjamin Bashline, “approximately one in five Americans develop skin cancer during their lifetime, and around 97% of these cancers will be nonmelanoma skin cancers (NMSCs). Basal cell carcinoma (BCC) comprises approximately 80% of NMSCs and most of the remainder are cutaneous squamous cell carcinomas (SCCs)”. Similarly, as per the Skin Cancer Foundation, in the US alone, more than four million cases are diagnosed each year with BCCs.

The mainstay of BCC treatment involves surgical modalities such as excision, electrodesiccation, curettage (EDC), cryosurgery, and Mohs micrographic surgery. Laser therapy is another approach for BCC. Laser therapy uses monochromatic light to ablate the most superficial layers of the skin. Similarly, Radiotherapy is also employed, which can be divided into two broad classes: conventional external radiotherapy (teletherapy), and internal radiotherapy.  To provide therapeutics options, companies across the globe are diligently working toward the development of new treatment therapies for Basal Cell Carcinoma. Some of the key companies with their therapies for BCC in different stages of clinical development include Pellepharm, Medivir, Regeneron/Sanofi, and many others. The launch of the therapies in the coming years is expected to provide a new dimension to the Basal cell carcinoma treatment in a positive manner.

Squamous cell carcinoma (SCC) is the second most common form of skin cancer after basal cell carcinoma that starts in the outermost layer of your skin (epidermis) and results in the abnormal, accelerated growth of squamous cells. SCC of the skin is also referred to as cutaneous squamous cell carcinoma (cSCC). Exposure to the sun is one of the major reasons for their occurrence, however, they can grow anywhere on the skin or in the mouth. Fair skin, weak immune system, history of sunburns, tanning beds and bulbs, personal history of skin cancer are some other risk factors for Squamous Cell Carcinoma.

As per “Skin Cancer Foundation”, Merkel cell carcinoma (MCC) is 40 times rarer than melanoma, with an estimated one case per 130,000 people in the US. The incidence of MCC is generally higher in men than in women. As per the NORD, (2019), “approximately 60% of MCC tumors arise in men. In the past 15 years, the incidence has tripled in the United States, and it can be lethal for about one-third of the people affected”. The MCC dramatically increases approximately to 9.8 people per 100,000 in individuals more than 85 years of age.

Merkel Cell Carcinoma (MCC) is an aggressive malignancy with frequent recurrences. MCC is also associated with a high mortality rate, however, if it is diagnosed early and treatment is followed at the initial state the outcomes are generally more favorable. The core treatment approaches for Merkel Cell Carcinoma include surgical excision, radiation, and chemotherapy.  In recent years, advancements have been made in the research and development of well-tolerated immunotherapy agents called “Checkpoint Blockade Therapy” against the advanced stage Merkel cell carcinoma. Various companies such as Morphogenesis, NantKwest, Kartos Therapeutics, Incyte Corporation, and others are involved in developing effective therapies for Merkel Cell Carcinoma. Along with the therapeutics development, the progress in the research and development in understanding the Merkel Cell Carcinoma is likely to provide a real improvement in the treatment options.

Among the different types of skin cancer, Melanoma is responsible for the most deaths in the US and it is most frequently diagnosed among people aged 65–74. More than 65% of the deaths due to Melanoma are between the age group of 55 to 85 years. As per the National Cancer Institute, in 2020, an estimated 6,850 persons died from melanoma in the United States. Similarly, as per the SEER (USA), in 2021, it is estimated that there will be 106,110 new cases of melanoma of the skin and an estimated 7,180 people will die of this disease in the US. While in the UK, melanoma is the fifth most common cancer with around 16,000 new melanoma skin cancer cases are registered every year.  Melanoma is more prominent in males than females. Moreover, the risk of melanoma is higher in people of European descent than in other populations (as per the NORD, 2020).

Melanoma treatment aims to increase the survival rate, eliminating cancer, or stopping the growth of known metastases. At present several promising treatment options are available in the market that improves the quality of life as well as increases the survival rates for patients with advanced melanoma.  The treatment approaches for melanoma comprise immunotherapy, targeted therapy, intralesional therapy, chemotherapy, and radiation therapy. However, in some cases, surgery is also considered. At present, the therapeutics pipeline of Melanoma is quite robust as several key global players are actively engaged in the domain, with many products in the early and mid-stage of development. The key companies in the melanoma market include Bristol Myers Squibb, Nektar, Immutep, Partner Therapeutics, Idera Pharmaceuticals,  Oncolys BioPharma, Iovance Biotherapeutics, Hemispherx Biopharma, Infinity Pharmaceuticals, Spring Bank Pharmaceuticals, and others.

Apart from these, there are some rare skin cancers which include Kaposi sarcoma (KS), Actinic keratosis, Lymphoma of the skin, Keratoacanthoma, and others. Collecting data for these rare cancers is challenging. Many of the causes are either not identified or remain unregistered which makes it difficult to accurately predict their incidence. Alternatively, it leads to a lack of treatment which consequently results in low quality of life for the affected person.

How to reduce the risk of Skin Cancer?

Various internal and external factors such as the use of artificial sun lamps, tanning beds, excessive exposure to UV radiation, plutonium exposure, cigarette smoking, and may lead to the development of skin cancer. Among the different risk factors, UV exposure is also the most preventable cause of skin cancer. If proper care is taken the chances for skin cancer can be minimized. Similarly, annual skin checks and screening can help in early detection and follow-up treatment that can significantly reduce the risk of death.

In the coming years, a better and clear understanding of the pathogenesis of skin cancer is likely to improve the treatment regimens and development of novel therapies. To tackle the situation at present many global companies have started working toward the development of new therapeutic options. Several emerging potential therapies are expected to enter the market in the coming years thereby improving the quality of life and the survival rate of the patients. The improvement in the diagnosis methodologies and incremental healthcare spending across the world are also expected to improve the skin cancer treatment dynamics. At the same time, efforts are also required to build an infrastructure to disseminate awareness and information about the prevention measures and the therapeutic approaches to deal with skin cancer. 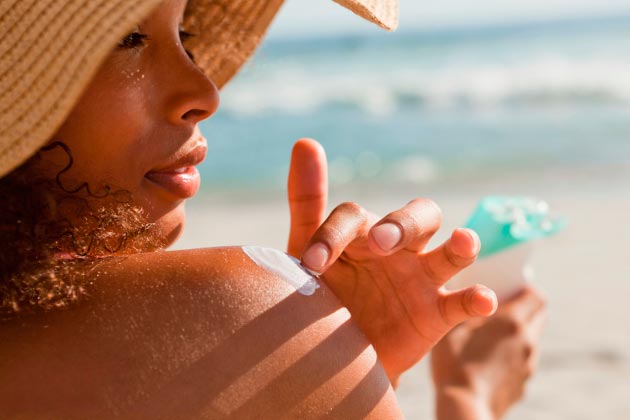 Non-melanoma skin cancer is a group of cancers of the skin and is broadly classified into Basal Cell Carcinoma (BCC)&...