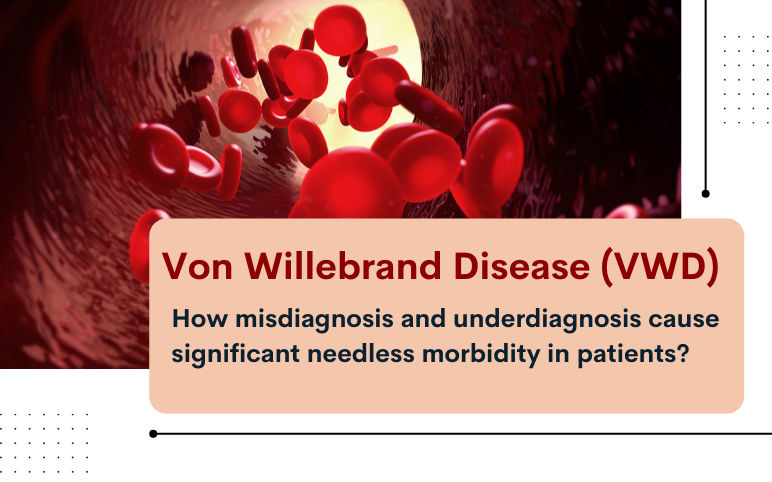 Von Willebrand disease is a type of blood disorder that causes the blood to clot improperly. Blood contains numerous proteins that aid in blood clotting when necessary. Von Willebrand factor is one of these proteins (VWF). VWD patients have either a low level of VWF in their blood or the VWF protein does not function properly. von Willebrand disease is frequently confused with hemophilia, but it is a distinct condition with a distinctive bleeding pattern. It has an equal impact on both men and women, while hemophilia mainly affects men. A parent who has VWD has a 50% chance of passing the gene on to their child. There are two forms of the disease: inherited and acquired. The three major inherited von Willebrand disease types are Type 1, Type 2, and Type 3. Further, VWD type 2 is sub-divided into 2A, 2B, 2M, 2N. VWD type 1 is more prevalent than all other types. Type 2N has similar symptoms of hemophilia. Mucocutaneous bleeding is mild in type 1 but moderate to severe in types 2A, 2B, and 2M. The pathophysiology of each VWD type depends on the qualitative or quantitative defects in the von Willebrand factor. von Willebrand disease symptoms and severity can vary widely from person to person, even among people with the same subtype or family relatives. Some people have no symptoms (asymptomatic) or just minor signs or symptoms of the illness, while others have moderate to severe bleeding issues. Some people may not show VWD symptoms until they are adults, while others may be impacted as early as infancy. The majority of people have a moderate version of the condition. Severe von Willebrand disease symptoms are more common in VWD type 3 and, in some cases, in VWD type 2.

VWD patients’ VWF levels, FVIII levels, bleeding symptoms, and health status may vary as they get older. The pathophysiology of aging in VWD has grown increasingly important as the number of older VWD patients grows.

Von Willebrand disease (VWD) is by far the most common type of bleeding condition, according to the World Federation of Hemophilia. It affects up to 1% of the world’s population. However, because most patients only have minor symptoms, only a tiny percentage of them know they have the disease. Patients with VWD are reported to be unaware of their disease in 9 out of 10 cases. Identifying VWD patients is a crucial challenge, and laboratory testing is difficult because no single test can provide a definitive diagnosis.

How is von Willebrand disease diagnosed?

Despite von Willebrand disease (VWD) being the most common inherited bleeding disorder, its accurate diagnosis is frequently shrouded by diagnostic pitfalls. VWD is often underdiagnosed and misdiagnosed, leading to significant avoidable patient morbidity and health care system burden. However, as public awareness grows and diagnostic tools, including advanced molecular techniques, become more accurate and reproducible, an increasing number of cases are being reported.

According to Meiring et al. (2011), the exact VWD prevalence is uncertain, but 539 patients are annotated in registries. An algorithm is used for the diagnosis of VWD. The distribution of subtypes diagnosed by the VWD reference center is 38%, 58%, and 4% for types 1, 2, and 3, respectively. Mild forms of Von Willebrand disease can be challenging to diagnose because bleeding is common and, for most people, doesn’t indicate a disease.

The von Willebrand disease diagnosis is established based on the personal and family history of abnormal bleeding and diagnostic test results. Individuals with severe VWD may be diagnosed in infancy. Mild VWD cases can be difficult to detect and may not be identified until maturity. A proper von Willebrand disease diagnosis is critical for women to prevent unneeded and invasive therapies, such as hysterectomy, for irregular menstrual blood flow; these treatments frequently occur before they are indicated. Bleeding history, total blood count, VWD profile testing (VWF: Ag, VWF: RCo, FVIII: C), ABO blood group, Activated Partial Thromboplastin Time (APTT) test, Prothrombin Time (PT) test, and Fibrinogen test are among the several screening tests for von Willebrand disease. Bleeding time and platelet function analyzer (PFA-100®, Dade Behring, and Deerfield) screening tests are less sensitive. Optional von Willebrand tests if initial test results suggest VWD include: VWF multimer analysis, VWF: CBA, VWF: FVIIIB, RIPA, Genetic tests. The von Willebrand disease is mainly based on von Willebrand factor antigen, von Willebrand factor activity assay, FVIII coagulant activity, and other additional tests. Specific diagnostic tests are required to determine which bleeding disorder exists. These tests are frequently done numerous times before a precise diagnosis can be obtained. This is because the amounts of clotting factors in the blood fluctuate over time as a result of changes in the body’s response to stress, pregnancy, and illnesses, all of which can impact test findings.

There is no cure for VWD. However, there are VWD therapies that are both safe and effective for all von Willebrand disease types. von Willebrand disease treatment differs based on the subtype and severity of the condition. Mild bleeding, such as nosebleeds, little bruises, and minor wounds, may not necessitate treatment. Individuals with minor situations may simply require therapy before undergoing surgery or a dental procedure or after trauma or injury. Individuals with VWD should seek immediate medical attention if they have heavy bleeding. The current von Willebrand disease treatment landscape in the United States is divided into three major categories based on the type of drugs used: Non-replacement therapy, Replacement therapy, and Adjunct therapy.

Individuals who do not react to desmopressin therapy or who have more severe problems may require concentrated forms of VWF and factor VIII. Because it replaces the proteins in the blood that are faulty or absent, this is known as replacement therapy. The steady development of virally-inactivated FVIII concentrates including VWF for the treatment of hemophilia A proven to be a more appropriate substitute therapy option for VWD patients. They are currently used as a second line of therapy, particularly during severe bleeding episodes in Type 1 variants and Type 2 and Type 3. The US Food and Drug Administration (FDA) has approved VWF/FVIII replacement therapy such as Humate-P® (CSL Behring), Alphanate® (Octapharma), and Wilate® (Grifols) for von Willebrand disease treatment. Replacement therapy is often delivered by intravenous infusion.

Some people who have superficial bleeding may be treated with fibrin glue (sealants). Hormonal contraceptives, such as birth control tablets, can increase VWF levels in the blood, aiding in managing severe bleeding during a woman’s menstrual cycle. Antifibrinolytic drugs, which delay the breakdown of clotting components in the blood, can also be used as VWD treatment options. Aminocaproic acid (Amicar) and tranexamic acid (Cyklokapron, Lysteda) are examples of such drugs that can be used to prevent or cure bleeding episodes.

Blood clotting inhibitors such as aspirin, aspirin-containing pharmaceuticals, nonsteroidal anti-inflammatory drugs (NSAIDs), and blood thinners such as warfarin and heparin should be avoided by people with VWD.

The high cost of treatment is one of the significant challenges for patients with von Willebrand disease (VWD). Because of the disease’s rarity and unique therapeutic method, drug research investments have a significant return on investment. The drugs for von Willebrand disease treatment are synthetic, and the cost of recombinant therapy is higher. Hence, the high price is one of the major factors hindering the growth of the market.

Even among people with the same subtype or members of the same family, the intensity and specific symptoms of VWD can differ greatly. As a result of no symptoms, the diagnosis and treatment of patients become challenging, so it becomes one of the major factors restricting the von Willebrand disease market growth.

A considerable fraction of the global population suffers from von Willebrand disease, posing a significant challenge in terms of diagnosis and treatment. It has an impact on the patients’ quality of life and life expectancy. To meet the unmet demand in the VWD treatment market, leading companies worldwide are undertaking various clinical studies to give safe and effective therapeutic solutions. Similarly, several players are investigating the possibility of gene therapy as a therapeutic option for von Willebrand disease. Overall, the launch of novel drugs, greater awareness, increased healthcare spending, and regulatory approval is projected to solve various current VWD therapy and management issues in the future years.

What is von Willebrand disease?

Von Willebrand disease is a chronic bleeding disorder that causes the blood to clot improperly. People with the condition either have low levels of von Willebrand factor, a blood-clotting protein, or the protein doesn’t work properly.

How VWD is different from Hemophilia?

Males and females are equally affected in VWD, whereas males represent the majority of those diagnosed with hemophilia. The majority of persons with VWD do not have bleeding symptoms very regularly, with the exception of females with significant menstrual bleeding and very heavy bleeding after childbirth. VWD patients, unlike hemophiliacs, rarely bleed into their joints.

What are the leading companies in VWD treatment market?

What is the best treatment for VWD?

What are the different von Willebrand disease types? 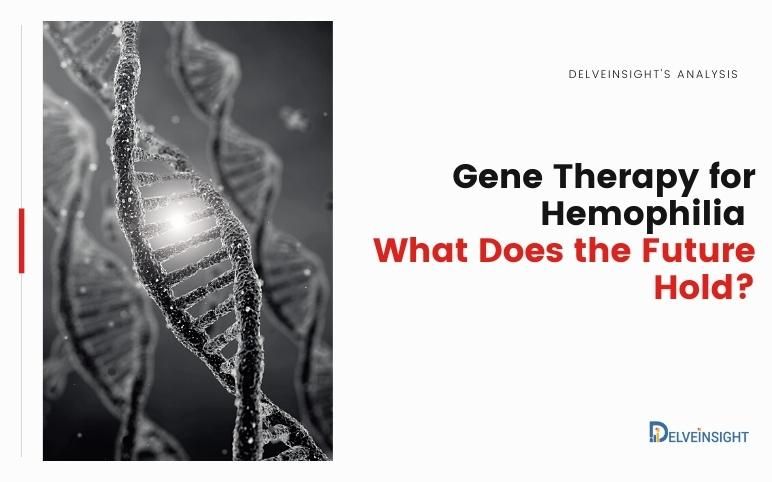 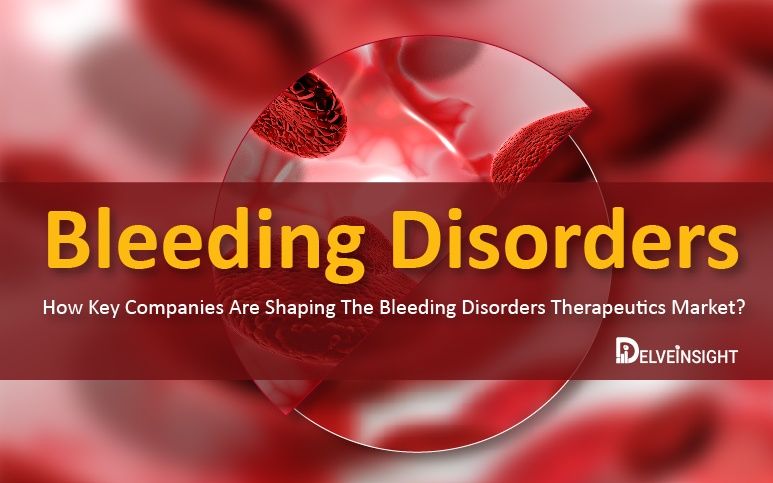 Bleeding Disorders: How Key Companies Are ...

Bleeding disorders, also known as coagulopathy, are a group of conditions in which the blood cannot clot properly due...