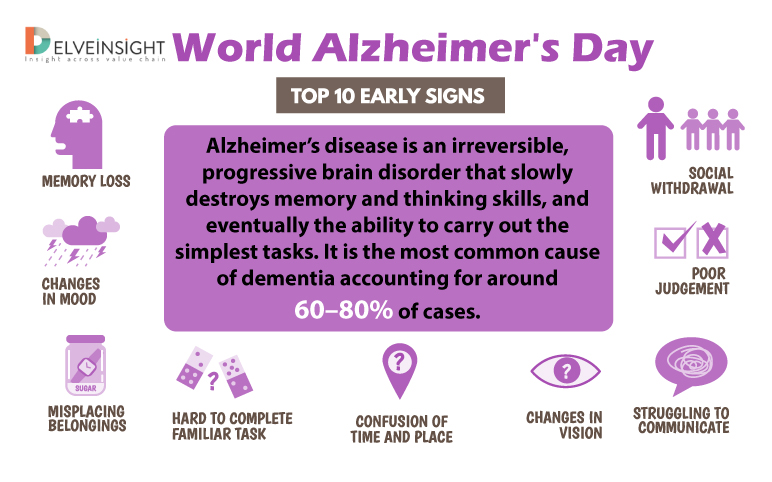 World Alzheimer’s Day takes place on 21 September of every year.

World Alzheimer’s Day is a campaign to raise awareness and highlight issues faced by people those who are affected by dementia. The exact cause of Alzheimer’s disease is not known, although several things are considered to increase the risk of developing the condition. These include increasing age, a family history of the condition, previous severe head injuries, and lifestyle factors and conditions associated with cardiovascular diseases. The commonest early symptom of Alzheimer’s is in difficulty to remember newly learned information, as Alzheimer’s changes typically start in the part of the brain that affects learning skill. In most people with Alzheimer’s the symptoms first appear in the mid-60s. Based on severity, Alzheimer’s disease can be classified as mild, moderate, and severe. According to the Alzheimer’s Association, more women than men have Alzheimer’s or other dementias. 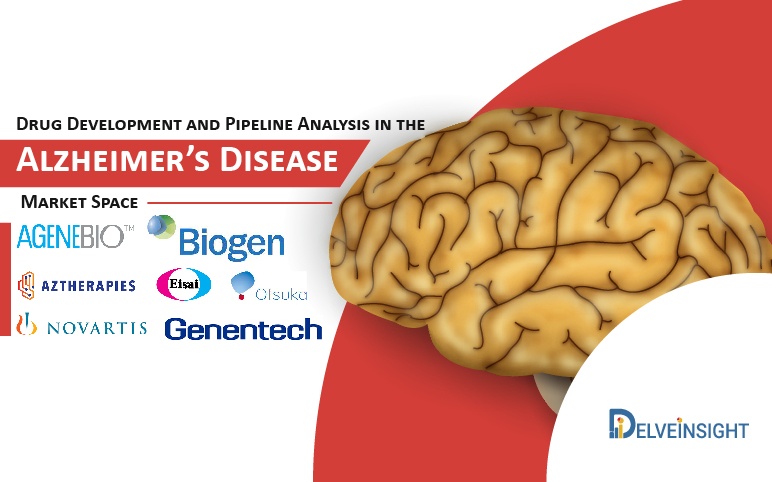 Drug Development and Pipeline Analysis in ...

Alzheimer’s disease (AD) is a progressive neurodegenerative disease that is a lead cause of dementia in approximately...

Hot on the heels, Aurinia launches its drug in the Lupus market after GSK Aurinia Pharmaceuticals has recently got th...