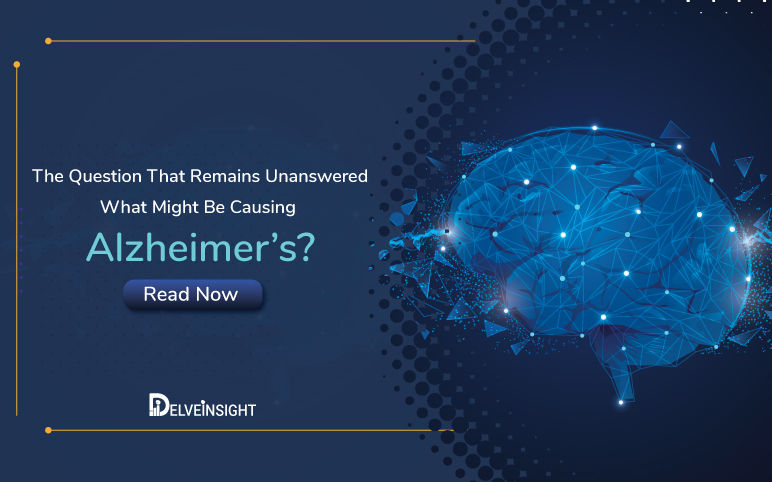 50 million people globally have dementia, and out of all the dementia cases, Alzheimer’s Disease accounts for about 60–70% of cases, says the WHO. Alzheimer’s Disease is a neurodegenerative disease, a common cause of dementia that affects behavior, memory, and thinking abilities of an individual. Mostly the symptoms appear in the 60’s but in rare cases early onset during the late 40’s has also been observed.

The cause of dementia varies from person to person. Largely Alzheimer’s is of sporadic origin. The genetic, lifestyle and environmental factors are considered to be important factors contributing to the development of AD. However, the exact cause of the disease still remains in the dark.

It is not necessary that aging will cause Alzheimer, although it is considered as one of the risk factors for the development of Alzheimer. In some cases people with age above 80 or 90 have developed no symptoms of Alzheimer.

The gender has only a minute contribution in the Development of Alzheimer’s. Women are considered to have slightly higher chances of developing Alzheimer than men. This could be due to the fact that on average women, in general, live longer as compared to men.

Genetic makeup of an individual is another risk factor that is suspected to play a role in a person’s probability of developing Alzheimer’s. It can also be due to family history. If more than one close family member has the disease, the chances for the other family member to develop Alzheimer’s increase.

Beside genetic factors, environmental factors also increase the tendency of developing disease with age. However, this does not dampen the possibilities of lifestyle adaptations specific to a person that might form one of the risk factors.

The lifestyle associated risk factors that contributes to the development of Alzheimer’s includes:

Reduction in nocturnal sleep, fragmented sleep pattern, increased daytime sleep, are some of the common features of patients affected with Alzheimer’s. Reduction in sleeping time & pattern and rapid eye movement sleep are greatly affected with aging that increases the risk of Alzheimer. The sleep quality and the disturbance in the sleep-wake cycle are some of the early symptoms of Alzheimer. Research shows that proper management of sleep activity at the early stages can slow the Alzheimer’s disease progression.

A very significant part of the population worldwide smokes and consumes tobacco products. Smoking leads to various health complications such as strokes, CVD’s, lung cancer, and so on. Similarly it leads to some neurocognitive abnormalities in smokers. Recent studies have shown that smoking can lead to dementia and Alzheimer’s. The risk of developing Alzheimer’s increases with smoking.

The lack of physical activity leads to a variety of health complications such as obesity, diabetes, high blood pressure, and high cholesterol.  All these diseases can act as risk factors for Dementia. Physical activity helps in neuroprotection by maintaining the neuroplasticity of the brain. It also keeps up the blood flow in the brain and the growth of chemicals that protects the brain, which results in the improvement of memory, thinking, judgement and cognitive functions.

Comorbidities such as hypertension, CVD, stroke, ischemia, diabetes, epilepsy, brain injuries, and depression can also increase the chance of occurrence of Alzheimer’s.

Heart and blood disease like stroke, high blood pressure, diabetes, high cholesterol, and others are higher risk factors for Alzheimer’s. These factors can lead to the transformation of mild cognitive impairment (MCI) to Alzheimer’s. The brain is highly nourished by a rich network of blood vessels, any deficiency or dysfunction can cause dementia and other complications. So the Vascular Diseases poses a much higher risk of developing dementia as compared to the aging factor.

Whether depression leads to Alzheimer is still a debatable question. Some studies suggest that depression is the early symptom of Alzheimer while some consider it as a risk factor. Both the diseases share some common symptoms which are difficult to differentiate.

As per WHO “Depression is a common mental disorder. Worldwide, around 264 million people of all ages suffer from depression. It is one of the leading causes of disability worldwide”. A person affected with depression has a higher chance to develop Alzheimer as compared to one without depression. Depression leads to decline in cognitive skills and an increased dependence on their caregivers.

Traumatic brain injury has a serious connection with Alzheimer’s. Traumatic brain injury (TBI) affects the normal functioning of the brain. The TBI affect’s thinking, cognitive and learning skills of the affected person.  As per Centers for Disease Control and Prevention (CDC), “In 2014, there were approximately 2.87 million TBI-EDHDs in the United States, including over 837,000 occurring among children”.

According to studies the people affected with Traumatic brain injury (TBI) have a greater risk of developing Alzheimer’s in older age as compared to one without any history of head injury. The associated risk probability of Alzheimer’s depends upon the severity of the injury.

Type 2 diabetes, epilepsy, poor diet, social isolation are some of the other factors that induce the risk of Alzheimer’s.