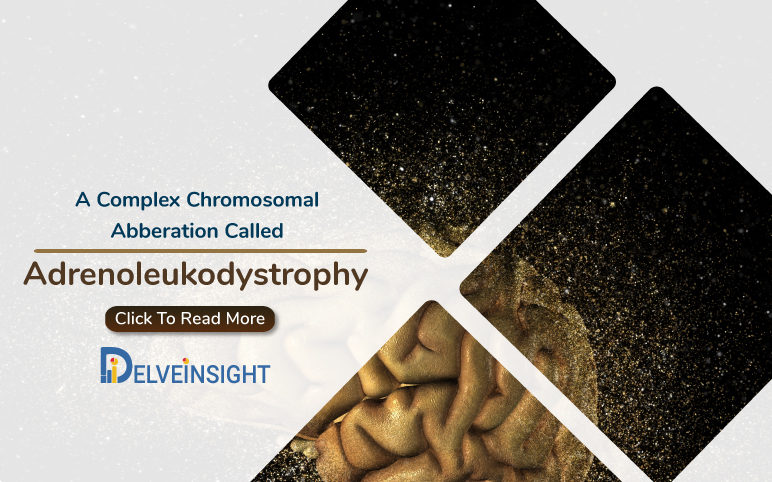 The global Adrenoleukodystrophy market size for the forecast period 2020-30, which was estimated to be USD 922.43 million in the 7MM in 2017 is driven by key pharma players such as Bluebird Bio, Minoryx Therapeutics, MedDay Pharmaceuticals, Magenta Therapeutics, and others are proactively focusing on advancing ALD pipeline, increasing prevalence, and increased R&D in the domain.

Adrenoleukodystrophy (ALD/ X-ALD) is a rare, X-linked disorder secondary to a mutation in the ABCD1 gene, which encodes for a peroxisomal membrane protein, resulting in an excessive accumulation of very-long-chain fatty acids (VLCFAs) in the brain and adrenal glands. The buildup results in deterioration of myelin sheath around neurons in the brain, and spinal cord, thus hampering effective communication. The buildup in adrenal glands leads to the insufficient hormonal response, thus leading to several of the symptoms such as deficiency of steroid hormones (mainly cortisol and aldosterone), impaired cortisol secretion, and others that are harbingers of the disease.

The disorder can occur at any stage of life and vary with severity. Based on the age of onset and severity, Adrenoleukodystrophy is categorized into three subtypes, namely childhood cerebral form (CALD), adrenomyeloneuropathy type (AMN), and Addison disease. In the cerebral Adrenoleukodystrophy, also known as childhood cerebral form, the symptoms such as hyperactivity and learning difficulties, and behavioural changes such as increased aggression start to occur in young males of age group 4-10 years. Early diagnosis of the disease is necessary as the disease can be fatal within 5-10 years if left untreated. Patients afflicted with AMN, also called adult-onset ALD, neurological symptoms along with stiffness in lower limbs is observed in males in their 20s and 30s. In approximately 10% of the ALD patients, only signs that occur is an insufficient amount of a protein adrenocortical, and the disease is known as Addison disease.  However, the clinical presentation of the disease vary, and neither genetic mutation nor studying the biochemical activity of the brain is sufficient to speculate the phenotypic variation in individuals.

Pan-ethnic disorder, Adrenoleukodystrophy mainly affects males in a ratio 1:20,000 males; with females being clinically affected implying that they do not show symptoms, however, carry 50% risk of passing the mutated gene to their offspring. In some rare cases, however, males and females, both can be affected severely. As per DelveInsight’s epidemiological analysis, Adrenoleukodystrophy prevalence in the 7MM (the US, EU5 (the UK, Germany, France, Italy and Spain) and Japan) was estimated to be 55,242 in 2017. Moreover, among all the geographies studied, the US accounted for the maximum Adrenoleukodystrophy prevalent population with 4,885 cases.

However, rare, Adrenoleukodystrophy is a devastating disease and has no cure. Adrenoleukodystrophy treatment market comprises of general supportive care and symptomatic treatment, primarily managed by hormone replacement therapy, dietary therapy with Lorenzo’s oil, and Hematopoietic stem cell transplantation. Corticosteroid replacement therapy or hormone replacement therapy is preferred in the case of insufficiency of the adrenocortical or cortisol hormone, which is present in more than 70% of the total patients, such as hydrocortisone, prednisolone, fludrocortisone and dexamethasone. Although the therapy improves endocrine systems of the patients it does not help with neurological conditions and also results in side effects such as diabetes. In patients with CALD, Adrenoleukodystrophy market offers two therapies, namely Lorenzo’s oil and haematopoietic stem cell transplantation (HSCT), using either umbilical cord stem cells or bone marrow stem cells.

Studies show that early control of VLCFA accumulation offers excellent benefits in slowing the progression of ALD. Lorenzo’s oil help normalize or significantly lower down the levels of VLCFA in plasma within four weeks, whereas HSCT can restrict cerebral demyelination; however both the therapeutic options repair the damage and do not prevent or restore the damage already done by the disease. Moreover, stem cell transplantations are considered suitable for adult men with adrenomyeloneuropathy (AMN) due to inadequate knowledge of the efficacy and success rate of HCT to address the concerns in ALD patients.

However, recent advances and a better understanding of the pathophysiology of the disease have led to an influx of many pharma players that shall impact the Adrenoleukodystrophy market for the study period 2017-30.

DelveInsight reckons an increase in the global Adrenoleukodystrophy market size for the forecast period 2020-30, which was estimated to be USD 922.43 million in the 7MM in 2017. Key pharma players such as Bluebird Bio, Minoryx Therapeutics, MedDay Pharmaceuticals, Magenta Therapeutics, and others are proactively focusing on developing therapies to address the unmet needs prevailing in the ALD market. The pharma players are evaluating their pipeline candidates in different stages of clinical development.

Another player in the race to advance ALD market size is Minoryx Therapeutics who recently announced the beginning of the registration-enabling Phase 2 NEXUS trial to evaluate the safety and efficacy of leriglitazone in pediatric patients with early-stage cerebral ALD (cALD), the acute form of X-linked adrenoleukodystrophy (X-ALD). A novel, brain penetrant, orally bioavailable and selective PPARγ agonist, Leriglitazone has received Orphan Drug Designation from the EMA and the FDA and has also been granted FDA fast-track procedure in X-ALD.

Magenta Therapeutics, a clinical-stage biotechnology company is evaluating its one-time cell therapy, MGTA-456 for the treatment of multiple inherited metabolic disorders, which has received Regenerative Medicine Advance Therapy (RMAT) designation from the US FDA. Currently, the therapy is in Phase 2 clinical trial in patients older than 6 months of age with Hurler syndrome, cerebral adrenoleukodystrophy (cALD), metachromatic leukodystrophy (MLD) or globoid cell leukodystrophy (GLD).

However, the sun was not bright enough for MedDay Pharmaceuticals as its investigational product MD1003, high-dose biotin drug, which has completed phase II/III study to demonstrate the superiority of biotin in the clinical improvement (walking tests) of patients with AMN, failed to meet the primary and secondary endpoints in Phase III trial (SPI2) for multiple sclerosis.

Some players including Orpheris and SOM Biotech are also evaluating their candidates that are still in the pre-clinical phase of Adrenoleukodystrophy pipeline development. Orpheris is evaluating its drug, OP-101, which selectively targets reactive macrophages causing inflammation, to target cells in the brain affected by ccALD directly. The drug has received The orphan drug designation from the US FDA for the treatment of children with ccALD who are not eligible for a bone transplant. Similarly, SOM Biotech is evaluating SOM1201, which has shown clinical evidence of efficacy for Adrenoleukodystrophy (ALD) and potentially Adrenomyeloneuropathy (AMN).

As per DelveInsight, out of all the Adrenoleukodystrophy pipeline therapies, the most anticipated ALD therapies to get launched are the Lenti-D (Gene therapy; Bluebird Bio), Leriglitazone (MIN-102) (Minoryx Therapeutics) and MGTA-456 (Magenta Therapeutics).

Not only pharma industry players, but several support groups such as Stop ALD Foundation, ALD Life, ALD Connect, It Might Be ALD, and many more are helping ALD patients, supporting them through the tough times. To summarize, it can be said that the ALD market is witnessing a lot of activity in the form of better diagnostics tools and heightened R&D in the field. Furthermore, the launch of upcoming therapies, better screening technologies, increased number of potential treatments in the Adrenoleukodystrophy pipeline, as well as an increase in CALD prevalence shall provide momentum to the Adrenoleukodystrophy market growth. 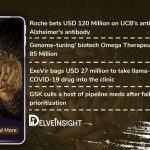 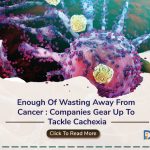 Next Story
Enough Of Wasting Away From Cancer: Companies Gear Up To Tackle Cachexia