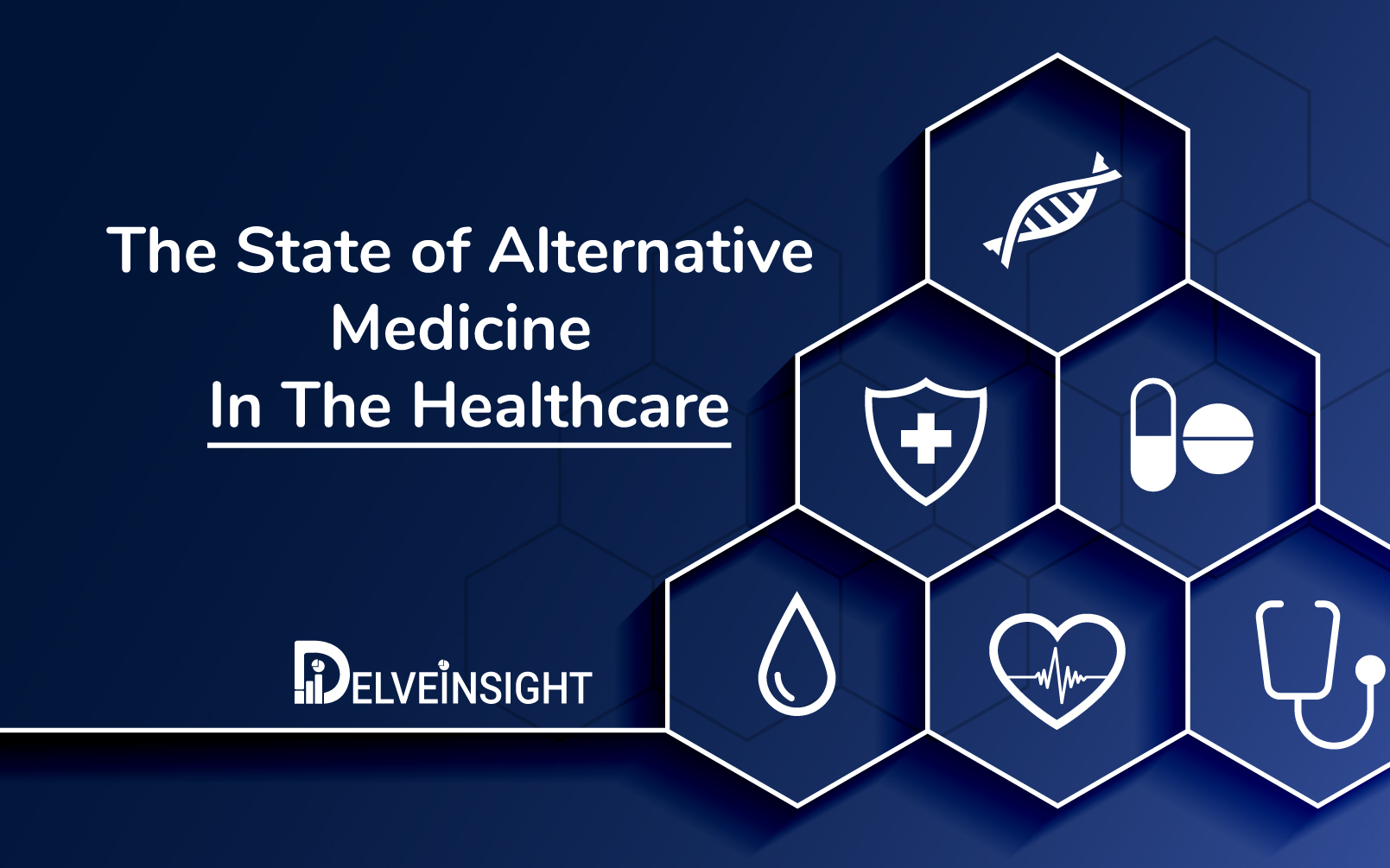 As per the study conducted by John A. Astin, education and poorer health status may predict alternative medical use. Sometimes people refer to alternatives healthcare as these medicines are more identical and coinciding with their own values, beliefs, and philosophical orientations toward health and life. The people with poorer health status refer to alternative medical use if the traditional healthcare system is unable to address their present healthcare need adequately, Similarly the lack of pathophysiological explanation for some disease, higher costs and number of tests and visiting different practitioners, often leads people to seek out Alternative Medicine as a treatment option.

Developed in the late 18th century by Samuel Hahnemann, Homeopathy is an alternative medical system that is based on the belief that the body can cure itself. In Homeopathy the patient uses a dilute amount of natural substances, like plants and minerals to treat various ailments. It is most common in European countries. As per the National Health Interview Survey (NHIS) (2012), in Americans, an estimated 5 million adults and 1 million children used homeopathy in the previous year.

Homeopathy believes in “like cures like”  treatment concept that suggests that a disease can be treated or cured by a substance that produces similar symptoms in healthy people.  Homeopathy is in use for a wide range of health conditions such as dermatitis, depression, migraines, irritable bowel syndrome, hay fever, rheumatoid arthritis, high blood pressure, allergies, and many others.

Naturopathy evolved as Alternative medicine in Europe during the 19th century. Naturopathy/ naturopathic medicine is a combination of traditional practices and health care approaches based on vitalism, folk medicine, the healing power of nature, and many others.

The Naturopathy consists of a wide range of non-invasive techniques such as herbal medicine (Herbalism), hydrotherapy (water therapy), physical therapies (which includes massage, bowen, and acupressure), nutrition and dietary modifications, homeopathic medicine, kinesiology, hygiene therapy, and nature cure. Naturopathy also employs other practices such as meditation, stress management, and relaxation. Today Naturopathy is practiced in many countries and is regulated by the government and authorities.

Originated in India about more than 3,000 years ago, Ayurveda (Indian medical system) is a natural system of medicine that relies on a “natural” or holistic approach to physical, mental, and spiritual well being. Ayurveda as a treatment is a combination of products derived from plants, animals, metals, minerals, or other materials along with maintaining diet, exercise, and a better lifestyle.

The Ayurvedic approaches are used for the treatment of diseases and conditions such as pain, rheumatoid arthritis, type 2 diabetes, ulcerative colitis, and many others. In some recently conducted studies, Ayurvedic medicine is found effective in relieving cancer symptoms.

Unani medicine is an alternative medicine system, originated in Greece about 2500 years back, presently practiced in the Middle- East and South-Asian countries. Unani Medicine considers the human body as a single unit and aimed at treating the body, mind, and soul.

Unani medicine follows various practices to deal with health and disease using herbal remedies, dietary practices, and various alternative therapies. Among all the practices the main focus of Unani medicine on the diet and the state of digestion. Unani medicine offers treatment options to all the systems and organs of the human body such as musculoskeletal, skin, liver, and immunology.  Some recent studies on animals have suggested that Unani medicine is beneficial for Brain Health, Arthritis, and Cataracts.

Acupuncture is a Traditional Chinese medicine practice, which focuses on stimulating specific points on the human body, most often thin needles are inserted through the skin.

Studies have suggested that acupuncture is helpful in relieving pain such as neck pain,  headache, back pain, and knee pain. Apart from controlling pain Acupuncture is helpful in treating illnesses and ailments such as nausea, vomiting, fatigue, hot flashes, xerostomia, neuropathy, anxiety, depression, and sleeping problems. Acupuncture is beneficial as it has very limited side effects, and it is also safe (provided performed correctly). However, in certain cases, Acupuncture can cause complications and effects on the human body such as infections, bleeding, bruising, injury to the organ and central nervous system.

Countries follow different laws and regulations for acupuncture practices. In some countries like the USA acupuncture needles are considered as medical devices, and in some insurance providers have started covering acupuncture as medical treatment.

Apart from these Siddha, some other most common Types of Alternative Medicine include chiropractic, aromatherapy, meditation, and others. Besides healing disease and illness, the Alternative Medicines are helpful in providing relaxation, increasing the energy levels of the body, improvement in posture and balance, treating some eating disorders, relieving stress and anxiety, pain relief, strengthening the immune system, and overall health & wellbeing. These Alternative Medicines are followed and practiced worldwide. However, the use of Alternative medicines is surrounded by several challenges and issues.

Alternative medicine consists of diverse theories and practices, which lack scientific evidence and outcomes. The standard/ conventional medical system is based on clinical trials and research methods that aim to provide safe and effective medical care, while alternative treatments lack solid research for its use and practice.

Sometimes the use of alternative medicine can be dangerous and life-threatening as all of these are not 100 percent proven treatments, also these therapies lack the standard guideline, potential side effects, and dosage intake. Similarly, in some countries due to issues regarding safety and efficacy, Alternative therapies are not approved by their health and regulatory authorities.

To combat the issues and challenges in Alternative medicine use, several steps are being taken. Worldwide, many doctors, scientists, and researchers are studying the method and use of Different Types of Alternative Medicine, which is helping them in gaining knowledge and understanding about these medicines. Some of the Alternative Medicines such as acupuncture, homeopathy, and Ayurveda are gaining popularity in western countries, more and more people are looking for these medicines for some diseases and illnesses such as back pain.

The Different Types of Alternative Medicine have different benefits and drawbacks, but all of them have the same goal that is to attain good health and wellbeing. The choice of Alternative Medicine may vary from person to person, his knowledge, and also the type of disease or illness he is suffering from. With the rising awareness, the demand for Alternative Medicine is expected to grow in newer geographies. In the USA, Accredited Naturopathic colleges and universities are offering courses and medical training in alternative medicine. While in some countries like India, several alternative systems of medicines have been approved and regulated by the government for the past few decades. These medical practices are co-existing and integrated into the healthcare system of the country over the years and providing benefits to a large number of people. 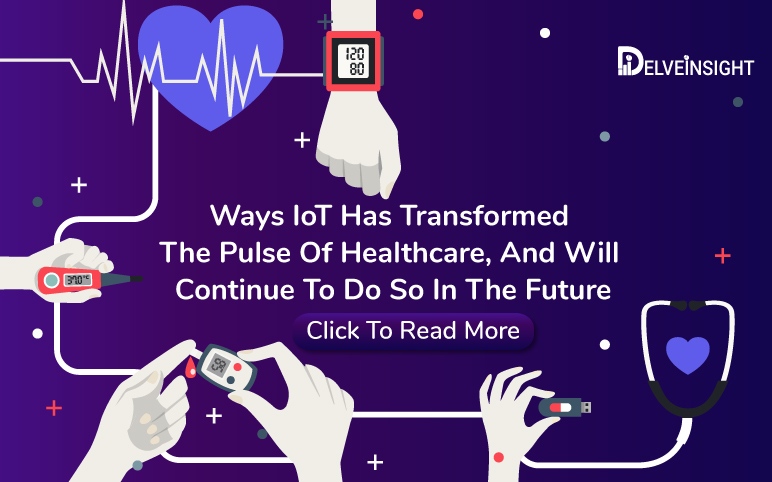 Ways IoT Has Transformed The Pulse Of Heal...

The technology over the past few years has opened many new avenues and possibilities that have radically transformed ... 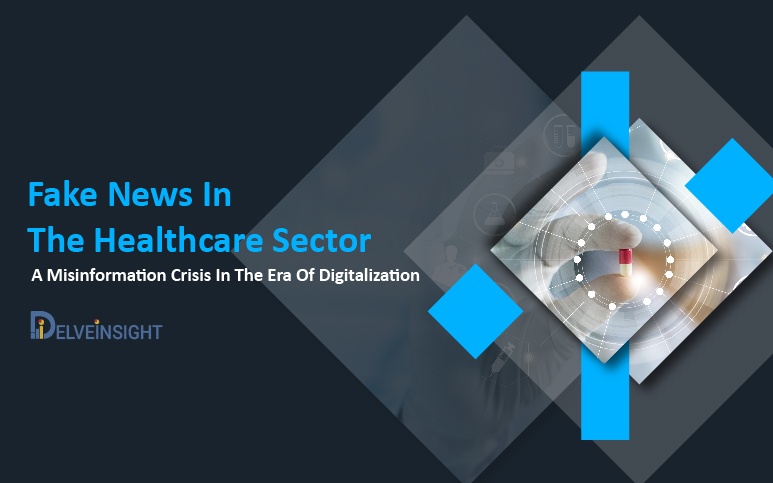 Fake News In The Healthcare Sector: A Misi...

Information and Communications Technology (ICT) over the past few years have changed the way of communication. Among ...

Healthcare Delivery System: What lies in the future?