﻿Is Air Pollution a driver in COPD Treatment Market? 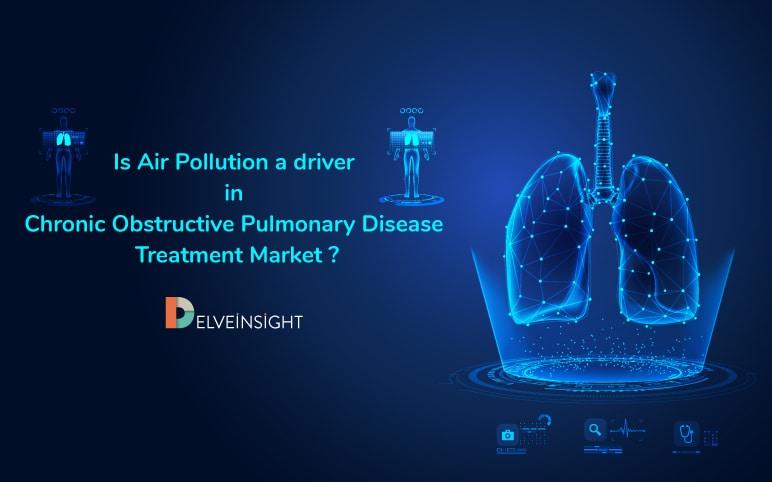 Levels of air pollution have risen dramatically over the past years due to increasing outdoor human activities such as industrialization, urbanization and indoor activities like burning of solid fuels, coal, etc.
This has contaminated the air we breathe with several harmful substances such as Sulfur dioxide (SO2), Nitrogen oxides (NOx), Ozone (O3), particulate matters, Carbon monoxide (CO) and other volatile organic compounds.

For years, air pollution has been recognized as one of the gravest concerns for humans as, along with leading to respiratory problems, it also leads to cardiovascular diseases. The year 2017, as observed by the State of Global Air, saw that Air pollution was ranked the fifth position behind the leading mortality rates. Moreover, around 4.9 million deaths have been caused due to the polluted air costing people 147 million years of life.

According to estimates by the WHO, around 7 million deaths were caused due to exposure to fine particles in the air that penetrate deep into lungs causing cardiovascular and lung disease.

Death rates due to Air pollution

Chronic Obstructive Pulmonary Disease (COPD) is a progressive chronic respiratory disease that affects the breathing process hampering the in-and-out of the air from the lungs.

COPD is usually prevalent in individuals who smoke.

However, this does not mean that non-smokers are completely shielded from developing the disease. The quality air we breathe affects the chances of developing Chronic Obstructive Pulmonary Disease. Intake of harmful fumes, dust particles, and other genetic factors also are contributing factors that leave the lungs vulnerable.

Chronic Obstructive Pulmonary Disease prevalence worldwide as estimated by a study was observed to be around over 65 Million people. Moreover, the number is predicted to increase in the coming next 50 years.

As per the World Health Organization estimates, in the United States, Chronic Obstructive Pulmonary Disease is the third leading cause of death. Looking at the figures provided by the CDC, around 11.8 Million adults age 18 and above were suffering from COPD during 2007 and 2009.

The trend in the UK is equally saddening. As per the British Lung Foundation, one in five people develop asthma, COPD or any other form of respiratory disorder.

At present, there exists no standard cure for Chronic Obstructive Pulmonary Disease treatment. However, there exist therapies that can slow down the progression of the disease and help in controlling the symptoms.

The emphasis of the COPD therapeutics outlook is on changing the lifestyle of the patients, such as stop smoking. This is the only voluntary activity that can be adopted by the patient to stop COPD from getting worse.

To help relieve the symptoms, there exist many therapeutics options such as Bronchodilators. They are the only effective Chronic Obstructive Pulmonary Disease therapy options which helps in reliving coughing and reducing shortening of breath while relaxing the muscles. The severity of the disease decides the administration of the short-acting bronchodilator, long-acting bronchodilator or both.

Inhaled long-acting β2 agonists (LABAs) and long-acting muscarinic antagonists (LAMAs) are some of the most commonly used bronchodilators with an aim to improve the airflow and reduce the air trapping.

In a similar manner, to reduce the airway inflammation, and prevent exacerbations, Inhaled corticosteroid medications are also used. Fluticasone and budesonide are the two such examples of inhaled steroids which are used in Chronic Obstructive Pulmonary Disease treatment market.

Interestingly, combination therapy of bronchodilators and inhaled steroids, such as Salmeterol and fluticasone and formoterol and budesonide have proven to be efficient in COPD management.

Long-term oxygen therapy is prescribed to patients with severe resting or moderate hypoxemia. In extreme cases, Lung transplantation remains the only viable COPD option which can help in decreasing mortality rates and increasing quality of life.

The current Chronic Obstructive Pulmonary Disease treatment market only comprises of only a few approved therapies. It is expected that the launch of merging COPD therapies will contribute to the overall growth of the market during the forecast period of 2019–2028.

The expected launch of therapies by the companies mentioned above and many more players in the COPD market, without a second thought, are anticipated to change the treatment landscape of in the coming years, as forecasted by DelveInsight.

MV130, under Phase III trials by Inmunotek S.L, is a bacterial mucosal vaccine in a spray that is administered sublingually for treating recurrent respiratory tract infections in both children and adults. The drug stimulates dendritic cells, thus, modulating the functional activity of the innate and adaptive immune response.

Dupilumab, is developed by Sanofi/Regeneron, is a targeted biologic therapy that inhibits signalling of interleukin-4 (IL-4) and interleukin-13 (IL-13), that are responsible for type 2 inflammation. The therapy is under Phase III stage of development for the patients with COPD type 2 inflammation. If approved, as per DelveInsight forecasts, Dupilumab dominate the major chunk of the Chronic Obstructive Pulmonary Disease market.

Abediterol (AstraZeneca) is a long-acting beta2-agonist (LABA) that has a bronchodilator effect, relaxing the muscles around the airways. It is a novel, once-daily, fine-particle therapy being developed by AstraZeneca for the treatment of chronic obstructive pulmonary disease. This treatment is currently being tested in Phase 2 clinical trials and is a dry powder inhaler (DPI), which consists of a device that delivers the drug directly to the lungs as a very fine powder.

DS102 is a drug of Afimmune, and is a bioactive lipid with anti-inflammatory, anti-apoptotic, and antifibrotic effects. Currently, the drug is in Phase II study for in-chronic obstructive pulmonary disease (COPD) patients.

Another key player Pulmotect, Inc. is developing a therapy PUL-042 to reduce the exacerbations associated with chronic obstructive pulmonary disease.

Despite several unmet needs such as low diagnosis rates, misdiagnosed cases, and lack of a standard effective permanent cure, increase in awareness and advanced technological and innovative medicines is helping to increase Chronic Obstructive Pulmonary Disease diagnosis.
Increasing trends of air pollution, as observed, has led to an increase in the COPD prevalence. This has led to an increased demand for effective COPD therapies to reduce the air passage blockade and improve the breathing.

The launch of effective upcoming therapies will surely steer the Chronic Obstructive Pulmonary Disease market into a positive direction in the future. 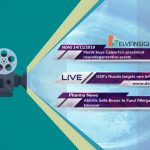 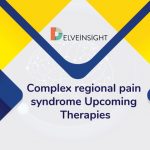