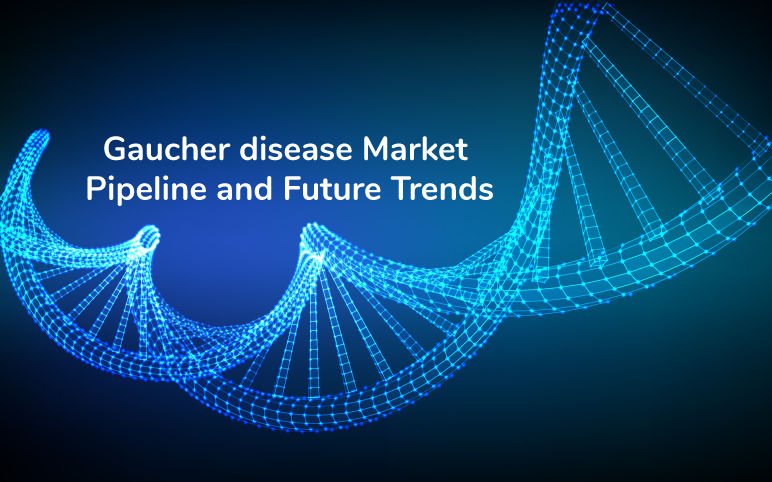 Gaucher Disease Market is anticipated to enhance in the forecast period owing to a strong Gaucher disease pipeline.

According to the National Organization of Rare Diseases, Gaucher disease is a rare, inherited, metabolic disorder, which is characterized by an accumulation of harmful fats, chiefly the glycolipid glucocerebroside, in the whole body, more prominently in bone marrow, spleen, and liver.

Despite being the most common lysosomal inherited disorder, Gaucher disease is a rare condition.

Deficiency of enzyme glucocerebrosidase (GCase) which has an important role in breaking down a fatty chemicals glucocerebrosidase, leads to the developing of Gaucher Disease. The accumulation of glucosylceramide (GC) and glucosyl sphingosine (GS) in lysosomes is considered one significant pathogenesis of the Gaucher disease.

Gaucher Disease can be segmented into three divisions or types based on their characteristic features. Type 1 Gaucher Disease, the most common type of Gaucher disease, is a condition which does not affect the brain and spinal cord of the patient. Thus, it is a treatable form and is referred to as non-neuropathic Gaucher disease. Symptoms of Type 1 Gaucher disease include an increase in the size of the liver, and spleen, anaemia, decreased RBC count, decreased platelets, bone abnormalities and lung diseases.

According to the National Gaucher Foundation, it can affect anyone, and Gaucher disease prevalence is one in 40,000 live births. Gaucher disease is more common among Jews of Ashkenazi descent, and the figures in 2013 revealed that the Gaucher disease occurred in approximately 1 in 450, observed the NORD. Furthermore, 1 in 10 may also carry the mutated gene responsible for Gaucher disease.

According to a study by Paul et al., Gaucher disease prevalence was observed to be around 30 cases in one million of the German population.

Gaucher disease has no cure.

However, in the past years, there has been an impressive scale of improvement in treating the symptoms of Gaucher disease Type 1. Significant cures to tackle bone abnormalities and organ enlargement are available in the Gaucher disease treatment market.

Without a doubt, due to the diversity in the mutations and variability in the manifestations, severity, and progression, the Gaucher disease treatment plan varies for the benefit of the patient.

The major goals of the Gaucher Disease Type 1 treatment are to prevent any permanent harm to the body. Enzyme Replacement Therapy (ERT) and Substrate Reduction Therapy (SRT) are the mainstays Gaucher disease Type 1 therapies used for improving the symptoms, prevention of irreversible complications, such as massive fibrous splenomegaly secondary osteoarthritis, vertebral compression, and other fractures; hepatic fibrosis and lung fibrosis. Overall, these therapies help in improving health and quality of life Gaucher Disease patients.

Another therapeutic approach for treating Gaucher disease is Bone Marrow Transplantation. The therapy helps in replenishing the monocytes and preventing the problem of excess-accumulation.

In case of failure of ERT, splenectomy is used for the Gaucher disease patients, since it also increases the risk of developing infection, thrombosis, or neoplasia. Moreover, to help patients with pathological fractures and bone complications, Orthopedic surgery is recommended.

Presence of substantial therapies are one thing, and their likeliness to be used by the patients is another. Researchers have long been focused on finding a permanent cure in the form of Gene therapy for genetic disorders like Gaucher disease.

The Gaucher Disease type 1 market landscape is anticipated to change in the coming years, as per DelveInsight’s market observations, attributing to the improvement in the diagnosis methodologies, rising awareness of the diseases, incremental healthcare spending across the world, better healthcare insurance. The launch of emerging Gaucher disease therapies during the forecast period of 2019–2028 will further steer the Gaucher disease market in the right direction.

Another promising agent such as AvroBio’s drug AVR-RD-02, is currently in phase I/II of the clinical trials in the race of tackling Gaucher disease. It is an ex-vivo lentiviral-based investigational gene therapy which holds the promise to provide a life-long therapeutic benefit to Gaucher disease patient pool.

Recently, in October 2019, the US Food and Drug Administration (FDA) has also granted Orphan-Drug Designation to AVR-RD-02 for Gaucher disease. The recommendation came after the successful results of the therapy in terms of safety and efficacy to treat Gaucher disease Type 1.

The Gaucher Disease type 1 pipeline boasts of a bright future for the Gaucher disease patients in the coming years.  The current Gaucher disease market scenario also anticipates a positive shift in the market for a study period of 2017–2028.