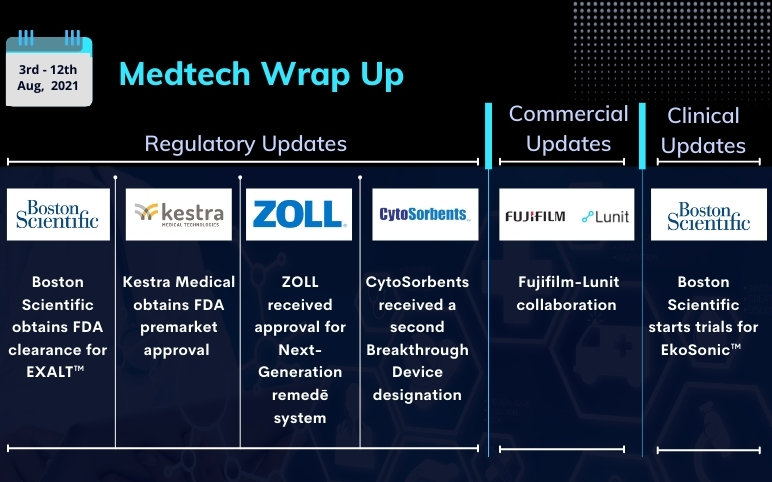 On August 04, 2021, Boston Scientific Corporation started the enrolment in the HI-PEITHO clinical trial, which is a collaborative research study with the Pulmonary Embolism Response Team (PERT) Consortium and the University Medical Center of the Johannes Gutenberg University of Mainz comparing the use of the EkoSonic™ Endovascular System (EKOS) in combination with anticoagulation to anticoagulation alone for the treatment of acute, intermediate-high-risk pulmonary embolism (PE).

The trial will enroll around 544 patients with confirmed acute, intermediate-high-risk PE at as many as 65 sites in the US and Europe. These patients will be assessed whether treatment with the EKOS system and anticoagulation is linked with a reduction in adverse events compared to anticoagulation alone within seven days of randomization.

It is estimated that every year nearly one million patients in the US and Europe are affected by PE, and is one of the leading cause of in-hospital death in the United States.

Michael R. Jaff, D.O., chief medical officer and vice president clinical affairs, technology and innovation, Peripheral Interventions, Boston Scientific, said in a statement that this is the first-of-its-kind international randomized controlled trial, which is intended to address current gaps in clinical guidelines and underscores their support of the highest level of research that may enable physicians to make data-based clinical decisions when choosing the best therapy for their pulmonary embolism patients.

DelveInsight’s analysts mentioned in the report titled, Pulmonary Embolism Market, that the treatment will fulfill the unmet needs of patients suffering from Pulmonary Embolism. EKOS system has been approved since 2014 for treatment but has not been used in combination with anticoagulation. With the clinical studies data, the physicians will have the option to choose the best therapy.

On August 10, 2021, Boston Scientific received the US FDA 510(k) clearance of the EXALT™ Model B Single-Use Bronchoscope, intended for use in bedside procedures within the intensive care unit (ICU) and operating room (OR).

According to World Health Organization (WHO), chronic obstructive pulmonary disease (COPD) is the third leading cause of death worldwide, causing 3.23 million deaths in 2019.

It is estimated that more than 1.2 million bedside procedures involving a bronchoscope are performed in ICU and OR settings each year in the United States, and more than 3 million are performed worldwide. Also, the American Association for Bronchology & Interventional Pulmonology recommends using a single-use bronchoscope to treat COVID-19.

Dave Pierce, executive vice president and president, MedSurg and president, Endoscopy, Boston Scientific, said that to increase patient safety further and enhance operational efficiencies within the hospital setting, many physicians have been making the transition to single-use scopes, which distinguish both the risk of infection associated with reusable devices, and time-intensive scope reprocessing. Developed with physician’s requirements and varying patient anatomies in mind, the EXALT Model B Bronchoscope was developed to bring a new level of suction and imaging performance to single-use scopes and proffers a familiar design and feel to that of a reusable device.

DelveInsight analyst estimates that although the market for many medical devices has been affected negatively because of the COVID-19 pandemic, the sales for single-use endoscopes experienced significant year-on-year growth, as it decreases the spread of infectious diseases. The demand for these single-use bronchoscopes is even expected to surpass the demand for reusable endoscopes.

The ASSURE WCD system denotes the next generation of monitoring and therapy to protect patients at risk of Sudden Cardiac Death (SCD). This system consists of a wearable device with combined sensors, a cardiac rhythm monitor, and a miniaturized, automated external defibrillator. It evaluates the patient’s heart rhythm and helps detect fatal arrhythmia, and provides defibrillation to restore normal cardiac rhythm when required.

Brian Webster, the CEO, said that Kestra designed the first product, the ASSURE system, with the latest available technology, to proffer an easier to use and more wearable solution for patients that also offers high-fidelity data notifications to physicians to improve patient care.

This system will compete with the traditional defibrillators and take significant market share from them. The ASSURE WCD will grow because of recent advancements in technology, increased awareness, personalized treatment, and the increasing incidence of Sudden Cardiac Death.

Pete Sommerness, President of ZOLL Respicardia, said that the next-generation remedē system is developed on the proven success of the recent platform, with the requirements of both patients and clinicians in mind. The increased longevity, smaller size, improved diagnostics, and simplified implant procedure will substantially benefit patients.

As per analysts, the company plans to launch in a phased manner which will help in raising awareness about the system among patients and physicians in the United States.

Fujifilm launches its AI-powered product for chest X-ray in Japan, in collaboration with Lunit

On August 12, 2021, Fujifilm Corporation launched its AI-powered product for analyzing chest X-ray ‘CXR-AID’ and will be commercially available across Japan.

The system will help detect significant abnormal findings such as chest nodule, consolidation, and pneumothorax from chest X-ray images. The CXR-AID is AI software and will depict the findings in color as a heatmap display, with each score included. This is expected to help doctors and medical professionals in reducing missed cases and effectively diagnosing chest diseases from chest X-rays.

The company got PMDA approval in 2018; the software is provided with Fujifilm’s PACS system. It will be distributed across hospitals and medical institutions of Japan for more efficient diagnosis.

Naoya Yamakawa, Senior Manager, IT solutions division of Medical Systems Business Division, Fujifilm Corporation, informed that they try to listen to their customers’ voices and Lunit’s AI software is garnering very positive feedback from the actual users across the world. For example, one of their customers Salud Digna, known as the largest medical institution in Mexico, uses their AI-embedded PACS to evaluate more than 800,000 X-ray images per year. From the initial installation stage, the radiologists displayed satisfaction for its accurate detection, and the retention rate is growing higher.

The analyst expects this to become the new standard of care as the technology is being used more and more in the healthcare industry. The AI-powered product for analyzing chest X-rays, ‘CXR-AID,’ will hinder the market of traditional X-ray devices. This will help in regions where there is a limited number of doctors.

On August 12, 2021, CytoSorbents Corporation received a second Breakthrough Device designation for its DrugSorb-ATR Antithrombotic Removal System by the US Food and Drug Administration (FDA), following the designation in April 2020. This will cover the removal of the Direct Oral Anticoagulants (DOACs) apixaban and rivaroxaban in a cardiopulmonary bypass circuit to decrease the likelihood of serious perioperative bleeding in crucial cardiothoracic surgery.

Dr. David Cox, Vice President of Global Regulatory Affairs of CytoSorbents, told that the US Prescribing Information for apixaban and rivaroxaban, two leading DOACs, was taken to reduce the risk of blood clots and associated complications, clearly warn that dosing should be stopped prior to a surgical procedure to reduce the risk of bleeding. Unfortunately, this is often impossible in unexpected urgent cardiothoracic surgery, posing the risk of life-threatening bleeding in these patients. They are pleased that the FDA has recognized the potential of their DrugSorb-ATR Antithrombotic Removal System to reduce levels of these drugs in a patient’s blood, potentially decreasing the risk of life-threatening perioperative bleeding. The achievement of two Breakthrough Designations in these situations where no approved or cleared alternatives to exist is a significant Company’s milestone that is expected to expedite its regulatory and clinical goals.

As per the analysis, this system is expected to address this major unmet medical need. There is 1% of patients in the US who are prescribed apixaban or rivaroxaban and need urgent cardiothoracic surgery on an annual basis. This population is around 5 million in the United States, annually named Apixaban (Eliquis®, Bristol Myers Squibb/Pfizer) and rivaroxaban (Xarelto®, Jansen/Johnson & Johnson).

The total addressable market for DrugSorb-ATR during cardiothoracic surgery is more than USD 500 million in the US alone. It is anticipated that the market will upsurge based on prescribing trends and the generic availability of these drugs. 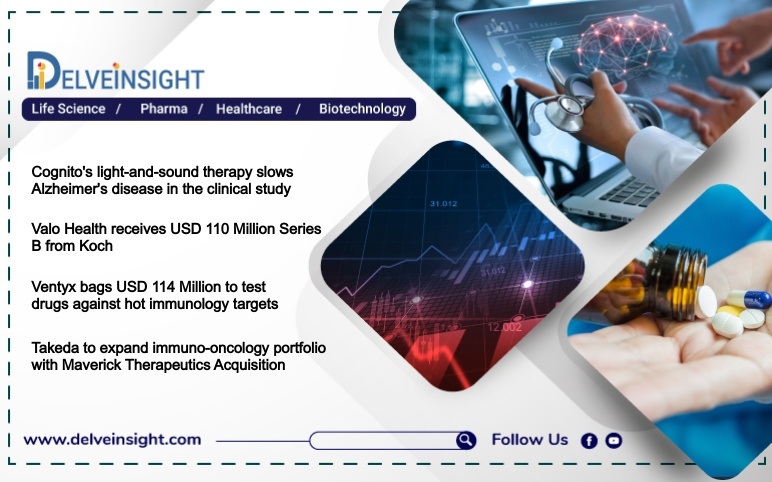 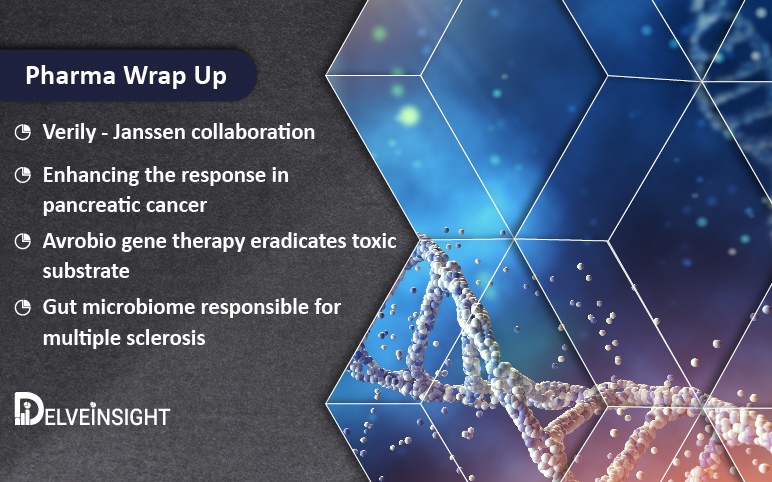 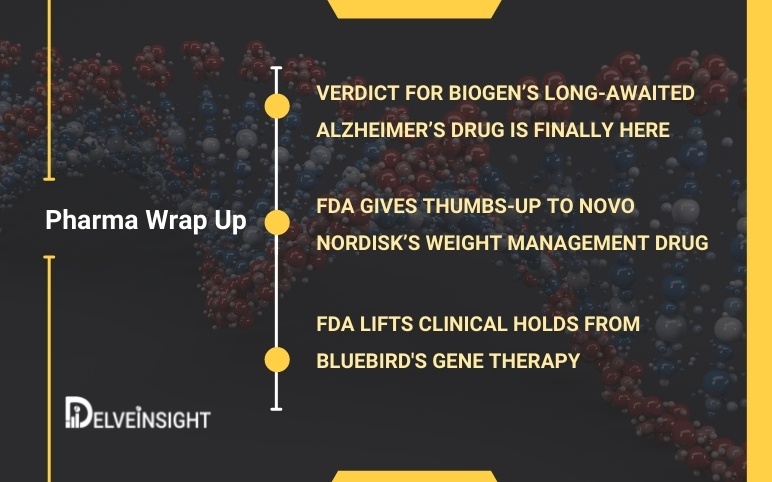