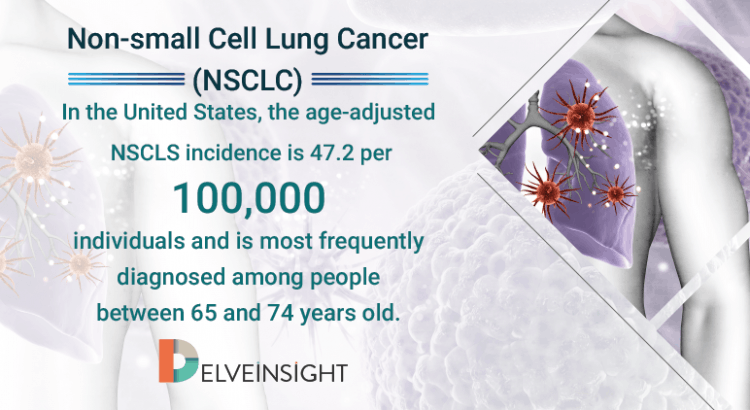 The drug Imfinzi (durvalumab) has failed to come up as an effective treatment option for treating non-small cell lung cancer (NSCLC). The result of the NEPTUNE study was not much of a promising one and has been disclosed completely. The Pharma giant, AstraZeneca, has announced the incompetence of its lead candidate Imfinzi combined with tremelimumab, failed to accomplish its goal in the Phase III NEPTUNE trial of patients with previously-untreated Stage IV non-small cell lung cancer (NSCLC). The NEPTUNE trial population included patients with non-squamous or squamous histologies, no epidermal growth factor receptor (EGFR) or anaplastic lymphoma kinase (ALK) mutation and the full range of PD-L1 expression levels.

IMFINZI is a human immunoglobulin G1 kappa (IgG1κ) monoclonal antibody that blocks the interaction of PD-L1 with PD-1 and CD80. The drug is FDA-approved Immunotherapy for cancer, developed by AstraZeneca. Approved for the locally advanced or metastatic urothelial carcinoma treatment, the disease progresses during or following platinum-containing chemotherapy or within 12 months of neoadjuvant or adjuvant therapy with platinum-containing chemotherapy. A checkpoint inhibitor drug, the list price of the drug is USD 180,000 for a year.
According to the WHO, Non-small cell lung cancers (NSCLS) refers to a subset of cancer types that account for approximately 80–85% of lung cancers. It can be classified histopathologically into squamous cell carcinoma (SCC) and Non-Squamous NSCLC. Non-Squamous NSCLC can be further categorized into adenocarcinoma, large cell carcinoma, etc. Squamous cell carcinoma starts in early versions of flat squamous cells, lining the insides of the airways in the lungs. Adenocarcinoma usually affects outer parts of the lung, whereas large cell carcinoma can appear in any part of the lung and tends to grow and spread rapidly. In the past several decades, the adenocarcinoma incidence has increased dramatically, and adenocarcinoma has replaced squamous cell carcinoma as the most incident type of NSCLC, which is differentiated from small-cell lung cancer (SCLC) because of the way the tumour cells look under a microscope. Genotyping studies have further revealed genetic/molecular abnormalities following these types. The most common symptoms of lung cancer, including NSCLC, are persistent cough; coughing blood; difficulty in breathing/breathlessness; hoarseness wheezing, and others. It has been observed that Non-small cell lung cancer is more common in males as compared to females.

In the United States, the age-adjusted NSCLS incidence is 47.2 per 100,000 individuals and is most frequently diagnosed among people between 65 and 74 years old. According to the American Cancer Society, the estimated lung cancer incidence for 2018 was recorded about 234,030 new cases in which 121,680 were men, and 112,350 were women.
According to the WHO, among the subtypes of NSCLC, squamous cell carcinoma accounts for 25–30% cases of lung cancers, adenocarcinoma accounts for 40% cases whereas large cell carcinoma accounts for 10–15%. Extensive population-based studies in Western countries have indicated that the overall 1-year survival rate of NSCLC is 30–46% and the 5-year survival rate is around 19%, respectively. Whereas, in the advanced stage (IIIB/IV), the 5-year survival rate is only 5–6%.
Studies conducted by Deadren et al. in all NSCLC cases, several mutations are frequently reported such as EGFR (10–45%), KRAS (15–25%), ALK (5–10%), PDL-1 (30–35%), BRAF(3–5%), and ROS1 (2%). Mutations in HER2, MET, and RET occurs at lower incidences of 1–3%.

The Non-small Cell Lung Cancer therapy market has experienced profitable growth with the development of tyrosine kinase inhibitors and antibodies against specific driver mutations. The NSLC treatment landscape has changed from treatment based on histologic subtype to treatment based on molecularly defined subtypes with the entry of targeted therapies market.
The current Non-small Cell Lung Cancer treatment options include surgery, radiation therapy, chemotherapy, targeted therapy, immune checkpoint inhibitors, or some combination of these, depending on the type of cancer, stage of the disease, and overall health as well as the age of the patient. Conventional cancer treatments, including surgical resection, chemotherapy, and radiotherapy, have shown modest progress in NSCLC survival over the past two decades.
Surgery is the most used option to remove most stage I and stage II NSCLC. Historically, the NSCLC treatment pattern for the disease revolved around chemotherapy regimens, which remains as the conventional therapeutic option. Chemotherapy often consists of a combination of drugs, such as cisplatin (Platinol) or carboplatin (Paraplatin) plus docetaxel (Taxotere), gemcitabine (Gemzar), paclitaxel (Taxol and others), vinorelbine (Navelbine and others), or pemetrexed (Alimta). The NSCLC therapeutic efficacy has been significantly improved with the introduction of targeted therapies.
Patients with advanced NSCLC are advised to undergo mutational testing to evaluate for actionable mutations. If such a mutation is discovered, targeted therapy should be considered as first-line treatment. Targeted therapies are considered the most exciting developments in the NSCLC market. Owing to higher safety and efficacy levels with specificity toward the cancer cells, the NSCLC targeted therapies are expected to carve out a niche of their own in the market. The targeted therapies include anti-angiogenesis therapy, epidermal growth factor receptor (EGFR) inhibitors, ALK inhibitors, an immune checkpoint inhibitor, drugs that target other genetic changes.
Drugs called EGFR inhibitors to block the signal from EGFR that communicates the cells to grow and can be used to treat NSCLC, such as Afatinib (Gilotrif), Gefitinib (Iressa), Erlotinib (Tarceva), Osimertinib (Tagrisso), Dacomitinib (Vizimpro), etc. NSCLC can also occur due to the rearrangement in a gene called ALK (Anaplastic lymphoma kinase). Mutation in the ALK gene results in an abnormal ALK protein accelerating cell growth. Drugs like Crizotinib (Xalkori), Ceritinib (Zykadia), Alectinib (Alecensa), Brigatinib (Alunbrig), Lorlatinib (Lorbrena), and others target the abnormal ALK protein include. These drugs often shrink tumors in lung cancer patients with the mutated ALK gene.
In some NSCLCs, the cells have changes in the BRAF gene, drugs such as Dabrafenib (Tafinlar), Trametinib (Mekinist) can be used together to treat metastatic NSCLC if it has a particular type of BRAF gene change. Moreover, in recent years, Immunotherapy has revolutionized and changed the standard of care in patients with advanced NSCLC. Immune checkpoint inhibitors that block the programmed cell death receptor-1 (PD-1) and its ligand the programmed cell death ligand-1 (PD-L1) have emerged as a novel
NSCLC treatment strategies, demonstrating undoubted superiority over chemotherapy in terms of efficacy. Several of these immune checkpoint modulators have recently gained regulatory approval for the treatment of metastatic NSCLC, such as Pembrolizumab (Keytruda), Nivolumab (Opdivo), and Atezolizumab (Tecentriq) in the first-line and second-line settings.

Healthcare companies across the globe are diligently working towards the development of new therapies for NSCLC treatment. The current research is looking toward the employment of effective NSCLC therapies, such as targeted therapies, personalized therapies, and Immunotherapy.
Currently, investigated targets in the NSCLC treatment include the human epidermal growth factor (HER) family of receptors, EGFR, KRAS, ALK, PI3K/AKT/mTOR, IGF-1R, MET, ROS, Monoclonal antibodies, T-cell therapies, immune checkpoint inhibitors, etc. Major players, such as Novartis, BeiGene, Transgene, Heat Biologics, Bristol–Myers Squibb, Achilles Therapeutics, Mersana, and others are involved in developing therapies for the disease. Drugs, such as Tislelizumab (BeiGene), Capmatinib (Novartis), TG4010 (Transgene), HS-110 (Heat Biologics), XMT-1536 (Mersana), Plinabulin (BeyondSpring Pharma) and others are being developed as the highly effective NSCLC therapies.
Nevertheless, the NSCLC market size is expected to grow remarkably during the period of forecast due to the enormous growth drivers, such as increasing prevalence, higher awareness, increase in diagnosis and mutation analysis rate, rising healthcare expenditure, and others. Additionally, launches of upcoming therapies will also contribute to the overall growth of the NSCLC market during the forecast period of 2019–2028.
The competitive landscape for NSCLC market is set to gain steam due to improvement in the diagnosis methodologies and treatment options across the world, which would expand the size of the market to enable the drug manufacturers to penetrate more into the market.