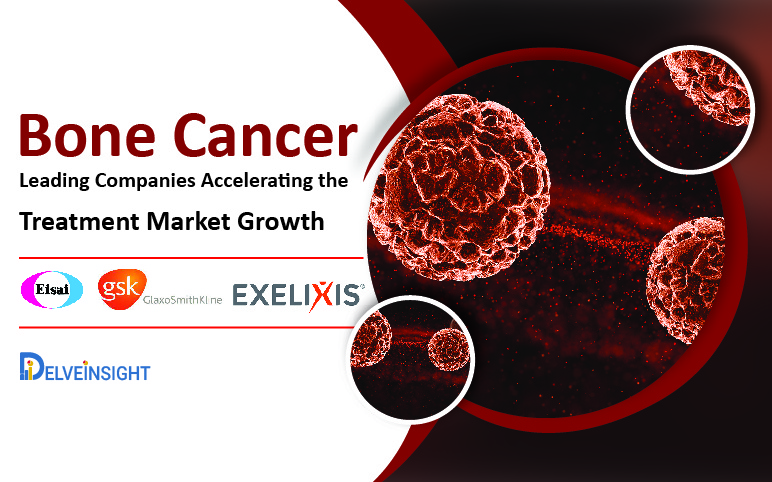 Over the past few decades, the incidence and prevalence of Cancer have grown significantly which has resulted in low quality of life and the survival rate. Today, cancer is the second leading cause of death globally, as per the WHO, in 2018, nearly 9.6 million people worldwide lost their life due to cancer. Cancer including lung cancer, breast cancer, prostate cancer, colorectal cancer, cervical cancer, stomach cancer, thyroid cancer, and liver cancer are the most common in men and women. Among these cancers, Bone Cancer constitutes only a small percentage of cancer however it is associated with significant morbidity and mortality and often results in tremendous physical and financial burden on the affected person and their families. It is observed that Bone Cancer is often confused with musculoskeletal injuries and with Arthritis or Osteoporosis pain which results in delayed diagnosis. The late diagnosis and presentation by patients are the major challenges in receiving the proper treatment and care.

Osteosarcoma or osteogenic sarcoma is the most common bone cancer and mostly affects the long bones around the knees and arm. Apart from the knee, it can also affect the femur (thigh bone), the lower leg, humerus (upper arm bone), or any bone in the body, including those in the pelvis, shoulder, and skull. It usually develops in the osteoblast cells of the bone and can affect people of all ages, however, children and teens who are still growing are found to be the most affected by it. The average age of diagnosis is around 15.

Osteosarcoma can be classified as primary or secondary based on the location and spread of cancer. It can spread to nearby tissues, such as tendons or muscles, or other organs or bones in the body. Similarly, based on the histological features, it can be categorized as low-grade, intermediate-grade, or high-grade sarcoma. Rapid bone growth, radiation exposure, and bone infarction lead to the development of Osteosarcoma.

As per DelveInsight analysts, the total incident population of osteosarcoma in the 7MM was 2,228 in 2020. The estimates show the highest incident cases of osteosarcoma in the United States with 1,174 cases in 2020. Further, In 2020, out of the total incident population of 1,174 cases in the US, 620 and 554 cases were contributed by males and females, respectively.

The diagnostic procedures for osteosarcoma include imaging tests such as X-ray, computed tomography (CT) scan, magnetic resonance imaging (MRI), positron emission tomography (PET) scan, complete blood count (CBC), and other blood tests, and the biopsy of the tumor. Similarly, the commonly available treatment options against osteosarcoma include chemotherapy, surgery, and radiation therapy. Most patients with high-grade tumors receive about 3 months of chemotherapy, known as neoadjuvant therapy, before surgery.

The osteosarcoma treatment market faces various unmet needs including the need for biomarkers to improve diagnosis and the drugs in front-line management. Similarly, the market also lacks novel molecules to reduce the toxicities of current treatment that can improve the survival rate. To fulfill the unmet need several companies at the global level are diligently working toward the development of novel treatment therapies with a considerable amount of success over the years. At present some of the key companies such as Eisai Limited (Lenvatinib), Bayer (Regorafenib), Exelixis (Cabozantinib S-malate), Nektar Therapeutics (Bempegaldesleukin (NKTR-214) plus Nivolumab), GlaxoSmithKline (Pazopanib Hydrochloride), and others are developing therapies for the treatment of Osteosarcoma. Several drugs are in the different clinical phases of development, which are expected to launch in the upcoming years.

Ewing Sarcomas are the second most common type of bone cancer that occurs in bone or in the tissue around bones (called soft tissue). It can occur in any bone of the body, however, most commonly the long bones such as thighbone, shinbone, and upper arm bone are found to be affected. It is a highly aggressive cancer and can spread (or metastasize) to other body parts such as the lungs and bone marrow. The cell origin of this cancer is unknown.

Age and genetics play a key role in the development of Ewing Sarcomas. It can occur at any age, but It mostly affects children and young adults, with a median age of 15 years. According to the NORD, “the annual incidence of Ewing Sarcoma was 3 children per 1,000,000. Almost 200–250 children and youngsters in the US are diagnosed with Ewing tumors each year and two-thirds will be long-term survivors (more than five years)”. Similarly, as per the SEER registry, it is predominantly observed in populations of European descent with an estimated incidence of 1.5 cases per million children and adolescents, and young adults, for which a genetic explanation has been proposed. According to DelveInsight’s analysis, the incidence of Ewing Sarcoma is similar in boys and girls up to age 10, however with time men are found to be more frequently affected than women with the ratio of 3:2.

The treatment pattern includes surgical resection and/or local radiotherapy as well as intensive multi-agent chemotherapy. These treatments are often used in some combination with each other. Similarly, the treatment also varies according to the factors such as individual age, general health condition, stage, and the degree of malignancy (grade). Among available treatment approaches, surgery is the most commonly used form of local control. Radiation therapy is an effective alternative modality for local control in cases where the functional or cosmetic morbidity of surgery is deemed too high by experienced surgical oncologists. The treatment landscape of Ewing Sarcomas still faces poor health outcomes in terms of preventing recurrence, drug resistance, therapy-related long-term toxicities. Similarly, there is a need to improve the outcomes of metastatic and relapsed/recurrent disease.

Some of the leading companies all over the globe are persistently working towards the development of new treatment therapies for Ewing Sarcomas such as SM-88 (Tyme), Vigil (Gradalis), CLR 131 (Cellectar Biosciences), Seclidemstat (Salarius Pharmaceuticals), TB-403 (Oncurious), Eribulin mesylate (Eisai), and others. One of the key therapies by Gradalis (i.e Vigil), is in phase III trials of development. The expected launch of therapies such as shall fuel the growth of the market and the treatment scenario during the forecast period.

Chondrosarcoma is a rare type of cancer that affects the bones and joints. It most commonly occurs in the pelvis, thigh bone (femur), knee, shoulder, or ribs. It is the least common bone cancer and mostly affects older patients. According to the American Cancer Society, “Chondrosarcomas develop most often in adults, with an average age at diagnosis of 51 and less than 5% of cases occur in patients younger than 20”.

It is a primary bone cancer and can spread to other parts of the body. As per Liddy Shriver Sarcoma Initiative, “Chondrosarcoma is a rare cancer that accounts for about 20% of bone tumors and is diagnosed in approximately 600 patients each year in the US”. The exact causes of chondrosarcoma are unknown however, genetic and radiation therapy is expected to play a key role in its occurrence. According to the US Surveillance, Epidemiology, and End Results Program, Chondrosarcomas contribute 30% among different types of bone cancer.

Most of the Chondrosarcoma tumors grow so slowly which affects their diagnosis. Chondrosarcoma can be diagnosed based on the X-ray following a physical exam. Similarly, some additional diagnostic tests, including a bone scan, MRI, CT scan, and Positron emission tomography (PET) scan, are carried out to get more detailed information about the tumor. A biopsy of the tumor is also conducted to make a definite diagnosis of CHS.

Surgery is the main treatment option for Chondrosarcoma. However, sometimes some other treatment approaches such as chemotherapy and radiotherapy may also be required in combination. The available treatment options are not that effective to manage Chondrosarcoma as they may resist conventional chemo and radiation therapy, Similarly, there is a lack of effective treatment for advanced disease. Overall, at present, the Chondrosarcoma treatment landscape requires new therapeutic approaches due to its diverse histopathology and clinical behavior. Some of the key players are diligently involved in developing therapies for Chondrosarcoma. The expected launch of potential therapies such as AG-120 (Agios Pharmaceuticals), Nivolumab + ABI-009 (Aadi Biosciences) Regorafenib (Bayer HealthCare), Toripalimab (Shanghai Junshi Biosciences), LN-145 (Iovance Biotherapeutics), Pazopanib (GlaxoSmithKline), FT-2102 (Forma Therapeutics) and many other are expected to launch in the coming years. The upcoming therapies will improve the treatment dynamics for Chondrosarcoma.

Besides, other forms of bone cancer include Giant cell tumors of bone, Chordoma, Adamantinoma, Fibrosarcoma, and malignant fibrous histiocytoma.

There are many challenges associated with bone cancer that need to be addressed in order to improve the quality of life. At present, late detection (or screening), side-effects and the effectiveness of the available treatment options are the major challenges in the bone cancer market. Similarly, the recurrence of cancer years later also causes huge financial and emotional stress on the person.

However, today many therapies are in the pipeline for bone cancer with many in the crucial phase III clinical stage. The expected launch of these during the forecast period will improve the treatment landscape in the coming years. Similarly, the improvement in the diagnosis methodologies, incremental healthcare expenditure across the world by the government, and the widespread research, and development activities of pharmaceutical companies will also fuel the market growth. 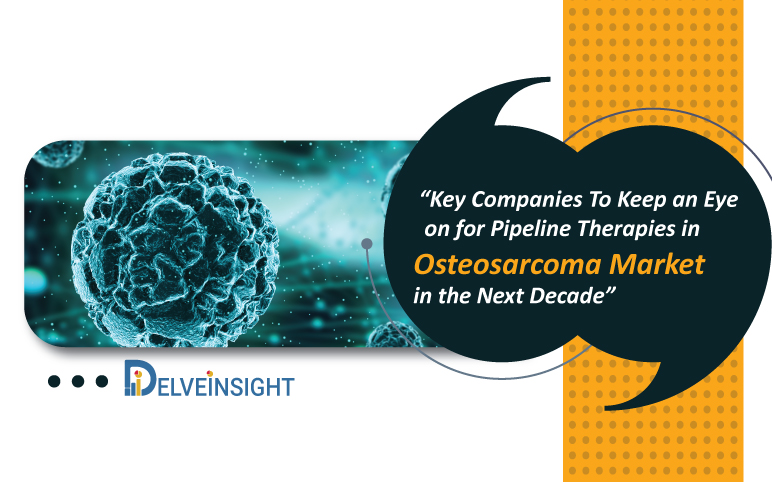 Key Companies To Keep an Eye on for Pipeli...

The current treatment approach for high-grade Osteosarcoma is conventional surgical resection of the primary tumor, a... 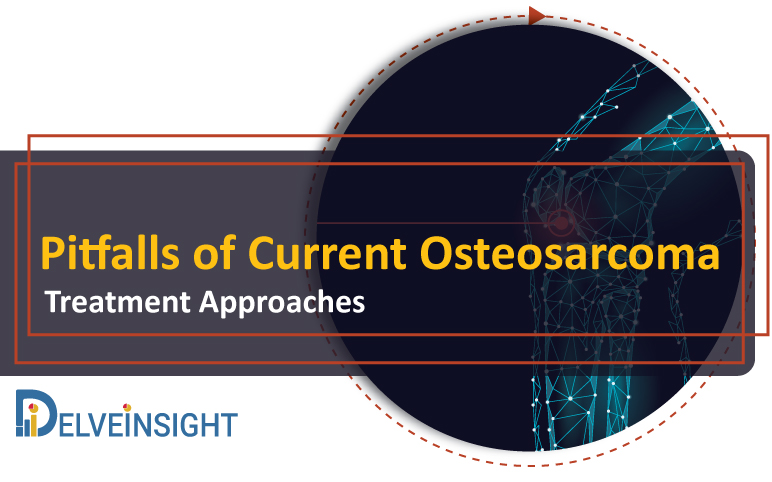 Osteosarcomas are rare, yet are the leading cause of deaths due to cancer in the pediatric population. It is a…