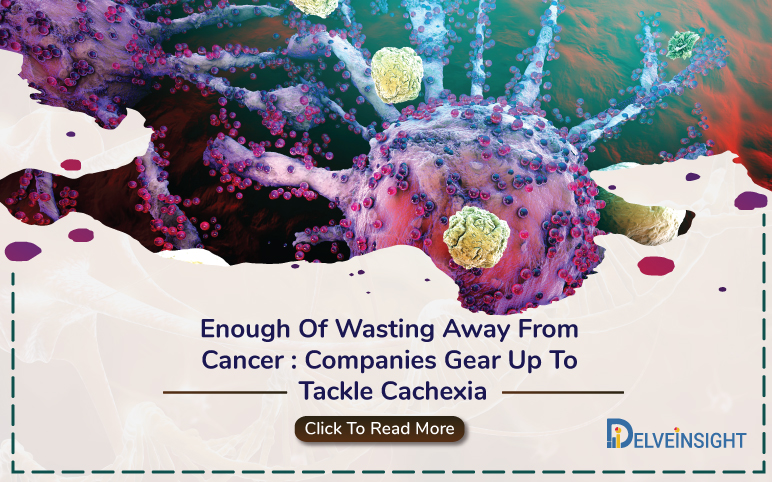 More than half of the cancer patients suffer from cachexia, and over 30% of the cancer patients succumb to death due to complications that arise from cachexia. Cachexia is a complex metabolic syndrome, which is characterized by the loss of fat and muscles in the body. Cachexia is observed as a result of underlying diseases, including cancer, AIDS, tuberculosis, chronic heart failure, hormonal deficiency, and others.

Cachexia results in a loss of atleast 5% of the bodyweight loss, and adipose tissue wasting, thus resulting in inflammation and lack of nutrition in the body. The disorder renders the affected person immunocompromised unable to fight against infection.

According to research conducted by Von Haehling S et al., the overall cachexia prevalence is estimated to be approximately 9 million, which is about 1% of all patients with any disease. Moreover, the prevalence in industrialized countries is anticipated to grow further in coming years. However, it is indigestible that historical epidemiological analysis observed quite a low diagnosed cancer cachexia incidence/prevalence, even when the cancer cachexia patient pool is so vast. Nevertheless, taking into an account of advanced medical technologies, and emerging therapies, the diagnosis and cancer cachexia treatment rate is expected to increase in the 7MM (the US, EU5 (the UK, Italy, Germany, Spain and France) and Japan)  during the forecast period 2020-30.

Helsinn Group, a Swiss pharma player, is evaluating Anamorelin, an orally active selective ghrelin receptor agonist against Cancer cachexia, The company is conducting Phase III trial to test the efficacy and safety of anamorelin for the treatment of weight loss and anorexia in patients with advanced NSCLC with cachexia. The company has also signed a licensing agreement with Ono Pharmaceutical, a Japanese pharma company, transferring exclusive rights to develop and commercialise anamorelin in Japan, South Korea, and Taiwan.

Similarly, Artelo Biosciences has entered into a partnership with Syngene International to focus on drug discovery and clinical development of ART27.13, Artelo’s Phase II ready, a high-potency dual cannabinoid agonist, in oncology. Earlier clinical evidence showcased administration of the therapy resulted in a statistically significant and dose-proportional increase in body weight. Moreover, Artelo plans to advance ART27.13 as a multi-modal supportive care therapy for cancer patients suffering from anorexia or weight loss. In addition to its potential for cancer-related anorexia, ART27.13 may also have direct anti-tumor activity.

Apart from the products as mentioned earlier, Tetra Bio‐Pharma, a frontrunner in cannabinoid-derived drug discovery and development is developing CAUMZ for the treatment of cancer cachexia patients shortly. In similar lines,  a cannabinoid medicine developer prioritizing cancer treatment, Cannabics Pharmaceuticals, is evaluating the efficacy of Cannabics capsules in cancer anorexia-cachexia syndrome (CACS) in advanced cancer patients. Pfizer is also conducting Phase I trial for its candidate PF-06946860 – a biologic – for the treatment of cachexia.

FDA approves Fragmin- an anticoagulant for children   The FDA today approved Fragmin for the treatment of blood ...