Chimeric Antigen Receptor (CAR) Therapies have changed the treatment paradigm of hematological malignancies to a vast extent. These personalized therapies have not only evolved as a game-changer in the field of medicine but also in the lives of the patients.

Until the last approvals made by Novartis and Kite Pharma for B-NHLs, the field was conventionally treated with the combination known as R-CHOP (rituximab [Rituxan], cyclophosphamide [Cytoxan], doxorubicin [Adriamycin], vincristine [Oncovin], and prednisone). Sometimes an additional chemotherapy drug, etoposide (Vepesid, Toposar, Etopophos), is also added to the R-CHOP regimen, resulting in a drug combination called R-CHOEP. Since these drugs are used at an initial stage of the disease, these types of blood cancers are more prone to relapse and recur after a certain time interval. The patients then had no other choices than these typical regimens. Since the Yescarta and Kymriah approvals for the relapsed and the refractory stages of the disease, the patients could now breathe a sigh of relief.

In July 2020, Kite (a Gilead Company) also announced that the US FDA granted accelerated approval to Tecartus (brexucabtagene autoleucel, formerly KTE-X19), the first and only approved chimeric antigen receptor (CAR) T cell therapy for the treatment of adult patients with relapsed or refractory mantle cell lymphoma (MCL). The approval of this one-time therapy followed a priority review and FDA Breakthrough Therapy Designation and was based on results of ZUMA-2, a single-arm, open-label study in which 87% of patients responded to a single infusion of Tecartus, including 62% of patients achieving a complete response (CR).

Recently, in February 2021, The FDA approved lisocabtagene maraleucel (liso-cel; Breyanzi), a CD19-targeting chimeric antigen receptor (CAR) T-cell therapy by Bristol Myers Squibb, for the treatment of adult patients with relapsed or refractory large B-cell lymphoma who have received at least two prior lines of systemic therapy marking another milestone in the history of hematological malignancies. Liso-cel is now the fourth CAR-T approved by the FDA for specific types of non-Hodgkin lymphoma. This approval of liso-cel was based on the phase I TRANSCEND NHL 001 study, which met its primary and secondary endpoints. The ORR was 73% which included 186 total responses. More than half (53%) of the patients had achieved a CR. The median OS was 21.1 months, and the 6-month OS rate was 74.7%, with the 12-month rate at 57.9%.

Why Breyanzi has an Upper Hand Over the two already approved CAR-T therapies?

What sets Breyanzi apart is its superior safety profile over the previously approved CAR-Ts in B-NHLs that may help it to become a potentially life-saving therapy. The safety analysis showed 42% of patients experienced cytokine release syndrome (CRS), but few cases (2%) were grade 3 or greater. Besides, 30% of patients had symptoms of neurotoxicity. The efficacy results of the FDA-approved CAR T-cell therapies for large B-cell lymphoma are similar despite the lack of a comparative study. Also, Breyanzi differs from previously approved CD19-directed CAR T cells in its defined composition of genetically modified CD8 and CD4 T cells designed to reduce the variability of these cells within a single dose.

The pricing benchmarks that have been set for Breyanzi is $410,300 for a one-time infusion, which is higher than the axi-cel (Yescarta) price of $373,000 and is lower than the $475,000 price for a single treatment of tisagenlecleucel (Kymriah). This huge amount can incur losses to the hospitals where patients will be treated with this therapy. Since it has a better safety profile than the CARTs, it can be used to treat many patients in the outpatient setting. Patients, when treated in the outpatient setting, will have more benefits on costs as reimbursement rates would be higher when they receive CAR T-cell therapy as an outpatient and avoid many of the expenses associated with inpatient care in the week after infusion.

Also, according to Bristol Myers Squibb, the therapy has inpatient or outpatient administration options and will provide liso-cel (Breyanzi) recipients with “disposable wearable technology” for real-time monitoring immediately after infusion via a smartphone app.

Some more approvals are eagerly awaited this year, where patients will have an ample amount of treatment choices for the relapsed/refractory stages. The CAR T-cell agents leading in the multiple myeloma paradigm include idecabtagene vicleucel (ide-cel; BB2121) and ciltacabtagene autoleucel (cilta-cel; JNJ-68284528). Bristol Myers Squibb and Bluebird bio are laying their eyes on a potential quick approval for a CAR-T treatment for multiple myeloma after the US FDA accepted the Biologics License Application under priority review in September 2020. This was a turnaround by the regulatory agency from May when it declined to review the BLA for idecabtagene vicleucel (ide-cel; bb2121) first submitted in March. Now, the FDA has set a Prescription Drug User Fee Act (PDUFA) goal date of March 27, 2021. If approved, ide-cel would be the first CAR-T for an indication outside of leukemia or lymphoma. The submission is based on data from the Phase II KarMMa trial, which was announced in December. Ide-cel works by targeting BCMA, an antigen on the surface of myeloma cells. Another CAR-T in development, Johnson & Johnson’s JNJ-68284528, licensed from Nanjing, China-based Legend Biotech, is also in a Phase Ib/II trial.

Who will win in the Indolent Follicular Lymphomas market? Yescarta or Kymriah?

Besides, Kite Pharma announced that it had submitted a supplemental Biologics License Application (sBLA) to the US FDA for Yescarta (axicabtagene ciloleucel) for the treatment of relapsed or refractory follicular lymphoma and marginal zone lymphoma after two or more prior lines of systemic therapy. Yescarta was previously granted Breakthrough Therapy Designation (BTD) by the FDA for these indications. If approved, Yescarta would become the first chimeric antigen receptor (CAR) T cell therapy approved for the treatment of relapsed or refractory indolent non-Hodgkin lymphoma (NHL). The sBLA submission is supported by data from the primary analysis of the Phase 2 ZUMA-5 trial. Overall, 92% of patients achieved an objective response to the treatment, and 76% achieved a complete response. By malignancy type, responses were seen in 94% of patients with follicular lymphoma and 85% with marginal zone lymphoma, with 80% and 60%, respectively, being complete responses. Responses deepened over time. Median progression-free and overall survival were not reached. Response rates were slightly higher, and rates of adverse events were somewhat lower among patients with follicular lymphoma than those with marginal zone lymphoma. Almost all patients experienced adverse events, with 86% experiencing grade ≥ 3 events, most commonly cytopenia (70%) and infection (16%). Grade ≥ 3 cytokine release syndrome occurred in 7% of patients, and grade ≥ 3 neurologic events were seen in 19%.

The race for follicular lymphoma is also joined by Novartis where it is also investigating Kymriah for relapsed or refractory (r/r) follicular lymphoma in Phase II ELARA study. In the recent data readout at ASH 2020, the company reported that Kymriah led to a complete response (CR) in 65% of patients with relapsed or refractory (r/r) follicular lymphoma (FL) and an overall response rate (ORR) of 83% after at least three months of follow-up. These patients continued to relapse or have refractory disease despite exposure to numerous lines of therapy (median four prior lines of therapy [range 2-13]) before Kymriah infusion. Safety results from this analysis of the ELARA trial suggest there was no emergence of new safety signals for Kymriah in the 97 patients evaluable for safety. No patients experienced grade 3/4 CRS, as defined by the Lee Scale, and any grade CRS occurred in 49% of patients (29% grade 1; 20% grade 2). In Q2 2020, the FDA granted Regenerative Medicine Advanced Therapy (RMAT) designation to Kymriah in r/r FL, based on preliminary results from the ELARA trial. US regulatory filing for Kymriah in r/r follicular lymphoma anticipated in 2021.

It’s a billion-dollar question that which one of the above two (Kite Pharma or Novartis) are going to win the race for relapsed/refractory FL (added MZL for Yescarta). But it’s quite certain that the treatment options for follicular lymphoma or indolent Non-Hodgkin lymphomas have emerged significantly over time which would provide not only good patient outcomes but also reduce the occurrence of grade ¾ adverse events (especially CRS), ultimately leading to a better quality of lives.

Why is it so that the approved CAR-Ts are autologous and not the allogeneic CAR-Ts?

It is seen that the use of allogeneic CAR T cells from donors has many potential advantages over autologous approaches, such as the immediate availability of cryopreserved batches for patient treatment, possible standardization of the CAR-T cell product, time for multiple cell modifications, redosing or combination of CAR T cells directed against different targets, and decreased cost using an industrialized process. However, allogeneic CAR T cells may cause life-threatening graft-versus-host disease and may be rapidly eliminated by the host immune system, limiting their anti-tumor activity. Another limiting step for these CAR-Ts could be toxicity associated with the lymphodepletion that will be required before each CAR T cell administration. Therefore, It will be necessary to limit the intensity of the lymphodepletion and the number of consolidation cycles, and thus to develop optimized allogeneic CAR T cells.

With the ongoing advancements in the field of Blood Cancers, it is quite certain that the treatment landscape for such cancers is going to evolve in the next 5 years, where patients will have more access to these precision therapies. The only shortcoming in the use of such therapies could be the autologous CAR-Ts which are a bit unmanageable. The process requires about a month from collection to infusion in such patients, and their health often deteriorates. Also, they may become ineligible for the therapy. Despite challenges, there is hope too for the relapsed/refractory patients. The evolution of gene therapies is not only going to improve the lives of the patients but also the survival and remission rates in the patients. 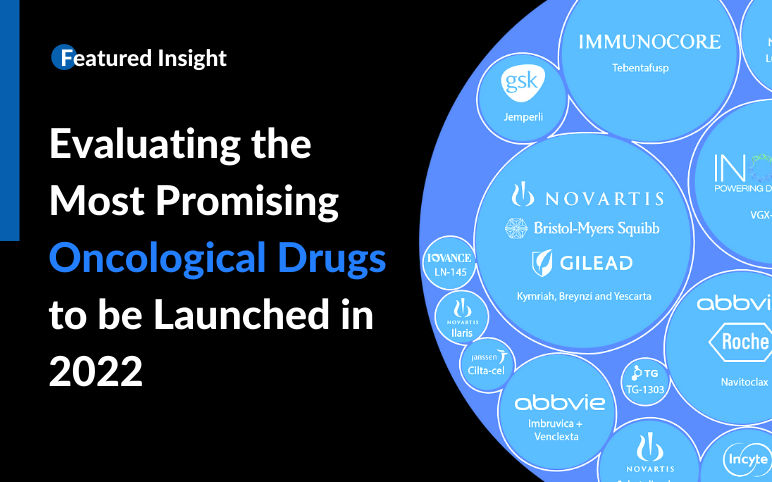 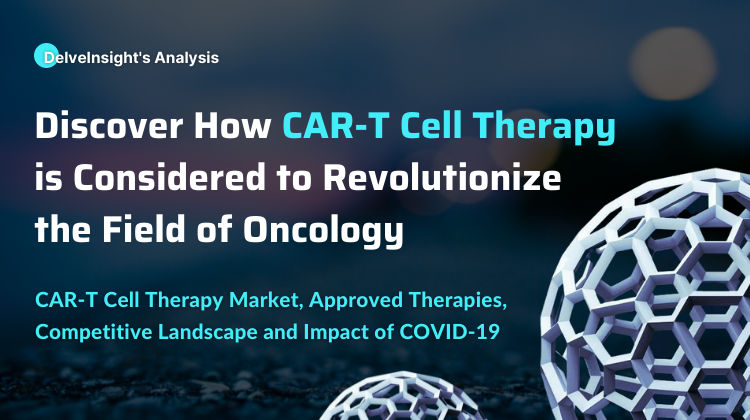