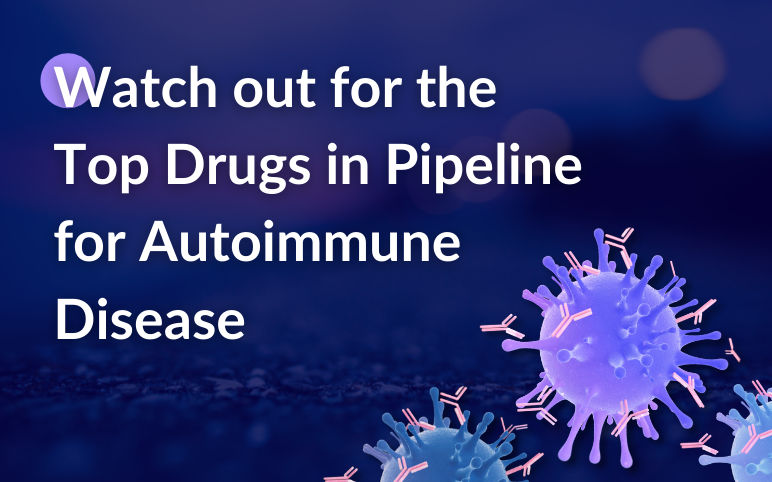 Ultomiris (ravulizumab) is a first and only C5 complement inhibitor with a long half-life, that provides rapid, full, and persistent complement suppression. This immunological drug works by blocking the C5 protein in the terminal complement cascade, which is part of the body’s immune system. When the complement cascade is triggered in an uncontrolled manner, it over-reacts, causing the body to attack its own healthy cells. Ultomiris is given intravenously every eight weeks or every four weeks in pediatric patients weighing less than 20kg after a loading dose.

The FDA has accepted the supplementary Biologics License Application (sBLA) of Ultomiris (ravulizumab-cwvz) for Generalized Myasthenia Gravis (gMG) treatment in adults for Priority Review in December 2021. The FDA has set a PDUFA date in the second quarter of 2022. The sBLA filing in the United States is based on the findings of the Phase III study of Ultomiris in gMG, which Alexion disclosed in July 2021. The study shows effectiveness as early as Week 1 and sustained for 52 weeks (26 weeks randomized controlled phase + 26 weeks open-label extension). The safety profile of Ultomiris in the study was consistent with that found in Phase III Ultomiris studies in Paroxysmal Nocturnal Hemoglobinuria (PNH) and Atypical Hemolytic Uraemic Syndrome (aHUS). Ultomiris regulatory filings for the treatment of gMG are also being reviewed by health authorities in the European Union (EU) and Japan.

Furthermore, Ultomiris is also being developed for a second neurological disease, Neuromyelitis Optica Spectrum Disorder, with a potential approval date of late 2023. Ultomiris might be up against UCB’s zilucoplan, a peptide-based C5 inhibitor developed for once-daily subcutaneous injection.

Deucravacitinib is a first-in-class, oral, selective tyrosine kinase 2 (TYK2) inhibitor with a novel MoA. Deucravacitinib was developed by Bristol Myers Squibb scientists to specifically target TYK2, therefore reducing signaling of interleukin (IL)-23, IL-12, and Type 1 interferon (IFN), important cytokines implicated in the pathophysiology of a variety of immune-mediated disorders, including Psoriasis, Psoriatic Arthritis, Lupus, and Inflammatory Bowel Disease. Deucravacitinib provides great selectivity by binding to the regulatory domain of TYK2, leading to the allosteric regulation of TYK2 and its downstream activities. At therapeutic levels, deucravacitinib does not inhibit JAK1, JAK2, or JAK3. In addition to POETYK PSO-1 and POETYK PSO-2, Bristol Myers Squibb is testing deucravacitinib in three more Psoriasis Phase 3 trials: POETYK PSO-3 (NCT04167462), POETYK PSO-4 (NCT03924427), and POETYK PSO-LTE (NCT04036435). It is not approved for any indication in any country so far.

The regulatory submissions of BMS’s immunological drug deucravacitinib are based on the findings from the pivotal POETYK PSO-1 and POETYK PSO-2 studies, which compared once-daily deucravacitinib to placebo and Otezla in patients with moderate to severe Plaque Psoriasis. When compared to placebo and Otezla, deucravacitinib revealed significant and clinically relevant improvements in skin clearance, symptom load, and quality of life indicators. Deucravacitinib was well tolerated, with a low incidence of withdrawal owing to side events and no clinically significant laboratory abnormalities. Primary findings were presented at the American Academy of Dermatology Virtual Meeting Experience in April 2021, while secondary findings were presented at the European Academy of Dermatology and Venereology 30th Anniversary Congress in September 2021.

Rinvoq is an AbbVie-discovered and developed selective and reversible JAK inhibitor that is being studied in a variety of immune-mediated inflammatory diseases. Rinvoq inhibited JAK-1 more effectively than JAK-2, JAK-3, and TYK-2 in enzymatic and cellular assays. The importance of inhibiting specific JAK enzymes to therapeutic efficacy is unknown at this time.

Rinvoq (upadacitinib) is being developed for moderate-to-severe Crohn’s Disease (CD) treatment. Beyond the current treatment arsenal, the drug offers a distinct mechanism of action and a convenient oral route of administration. AbbVie, in particular, has extensive commercial resources and marketing experience with Humira (adalimumab). The company is positioning Rinvoq as its next-generation product, as Humira will face biosimilar competition in the US in 2023. AbbVie anticipates regulatory submissions for Rinvoq for CD in 2022. Aside from Rinvoq, the only other marketed drug in the same class as Pfizer’s Xeljanz (tofacitinib), which has been on the market in the United States since 2018.

Rinvoq, AbbVie’s blockbuster immunological drug candidate, has won approval in a difficult-to-treat group of Crohn’s Disease patients, potentially giving the company another arrow in its post-Humira quiver. The immunological drug is currently in Phase III of development and achieved the primary and secondary endpoints in the first Phase III induction U-EXCEED study, aimed at assessing the efficacy and safety of upadacitinib 45 mg induction treatment in adults with moderate to severe Crohn’s Disease. U-EXCEED enrolled patients who had a poor response to or intolerance to biologic therapy. The second induction study looked at patients who had an inadequate response or intolerance to one or more conventional and biological treatments.

Furthermore, the U-EXCEED study is divided into three parts. The first phase is a 12-week placebo-controlled induction period. Part 2 of U-EXCEED is an open-label arm evaluating an additional group of patients who received upadacitinib 45 mg for 12 weeks. Part 3 comprises patients who did not achieve a clinical response in Part 1 or Part 2 received a 12-week extension of upadacitinib 45 mg or 30 mg treatment. The study included slightly different sets of primary and secondary endpoints for the FDA and the EMA.

In addition, Rinvoq will compete with Gilead’s Jyseleca (filgotinib), another JAK inhibitor. Jyseleca fared well in Phase II CD clinical trials and is poised to fill a gap in the market by focusing on inadequate responders to biologic and conventional medicines, as well as perianal fistulizing CD.

The benefit or risk profile of the higher 200mg Jyseleca dose, on the other hand, has been called into question by the FDA, threatening the immunological drug’s success. The JAK inhibitor class has previously been linked to Venous Thromboembolism and Pulmonary Embolism issues, prompting the FDA to reject higher doses of these drugs.

Nonetheless, Rinvoq has already cleared this hurdle, whereas Jyseleca has yet to be approved in the United States for any indication. Rinvoq is expected to be the first-to-market novel JAK inhibitor for CD, providing a competitive advantage over Jyseleca and facilitating uptake.

Tapinarof is a novel, non-steroidal, topical aryl hydrocarbon receptor-modulating agent whose mode of action is attributed to specific binding and activation of AhR, a ligand-dependent transcription factor, resulting in the down-regulation of pro-inflammatory cytokines, including interleukin 17, and regulation of skin barrier protein expression to promote skin barrier normalization.

The FDA has accepted an NDA for tapinarof for Plaque Psoriasis treatment in adult patients in August 2021 and assigned a Prescription Drug User Fee Act target action date in Q2 2022. Dermavant’s flagship Phase 3 clinical program for tapinarof in adult Plaque Psoriasis includes PSOARING 1 (NCT03956355) and PSOARING 2 (NCT03983980), as well as PSOARING 3 (NCT04053387), a long-term extension trial. In January 2022, the company announced the findings of a patient satisfaction questionnaire in the long-term, open-label Phase 3 PSOARING 3 extension trial of tapinarof cream 1% once daily for the treatment of Plaque Psoriasis in adults. Patient responses revealed consistent high levels of satisfaction and positive perception of tapinarof treatment across all patient-relevant parameters, including patient satisfaction with treatment efficacy, formulation elegance, ease of application, impact on daily life, and preference for tapinarof over prior psoriasis therapies. These findings were presented at the 2022 Winter Clinical Dermatology Conference, which took place from January 14 to 19 in Koloa, Hawaii.

Every year, many scientists and other specialists in the biopharma industry see years of hard work pay off with regulatory approvals. With the COVID-19 crisis, now in its third year, the 2022 batch of new immunological drugs in the pipeline for autoimmune disease shows that the industry has learned how to work in a pandemic. All the therapies in the pipeline, including the blockbuster drugs Rinvoq and Ultomiris, are in the late stage of development for various autoimmune diseases. The approval of these drugs will bring a positive ray of hope for many patients suffering from different autoimmune diseases. Furthermore, the rise in the number of geriatric people will allow many pharma companies to develop therapy and create a positive shift in the autoimmune disease market growth in the future.

1. Which are the drugs in pipeline for autoimmune diseases in 2022?

There are quite a few drugs in the pipeline for autoimmune diseases including the blockbuster drugs Rinvoq and Ultomiris along with the novel entrants Deucravacitinib and Tapinarof.

2. What are the indications for which the Rinvoq is approved?

3. What are the indications for which Ultomiris is approved?

4. Which are the companies working in the pipeline for autoimmune diseases?

The pharma giant AbbVie is evaluating its blockbuster drug for other autoimmune diseases. In addition, several pharma companies such as Pfizer, BMS, Dermavant Sciences, Alexion, and others are working on their drug candidates to improve the autoimmune diseases treatment outlook. 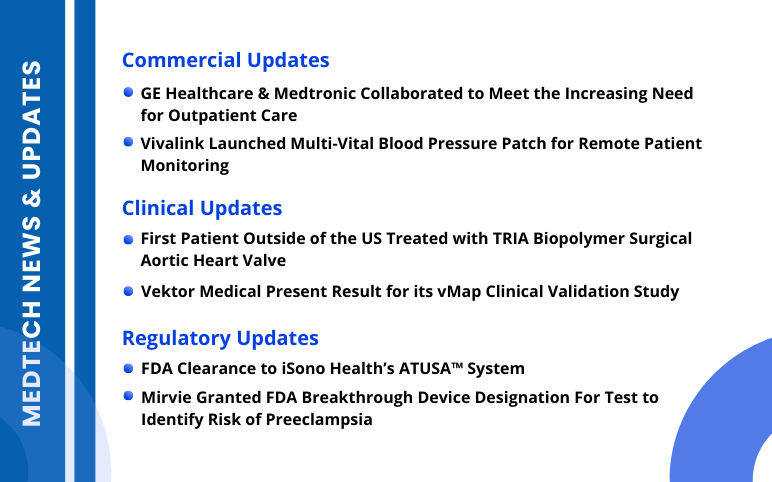 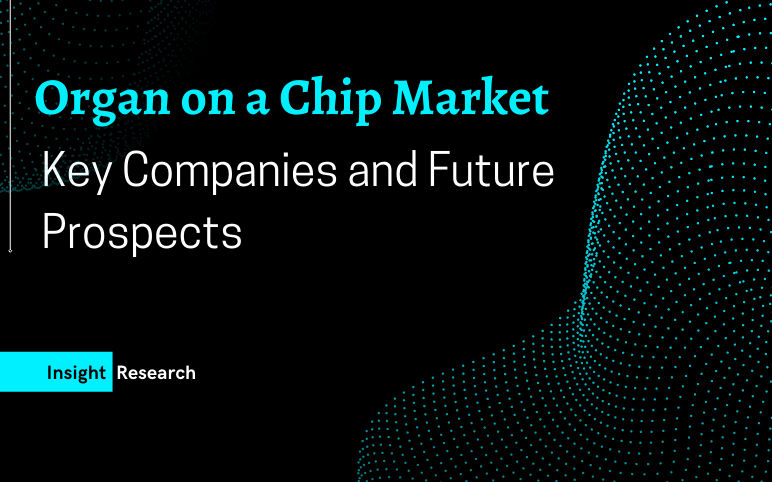