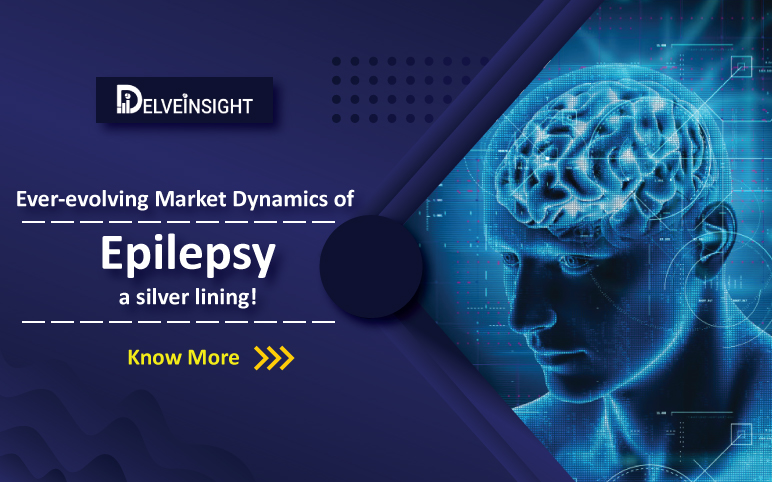 Potential and growth of the current market

The major drawback of the current antiepileptic drugs (AEDs) is their modest efficacy even at best; therefore, many patients require as many as four concurrent AEDs and contend with their host of side effects. The epilepsy market has witnessed several approvals in the last 3–4 years, few of them were novel therapies (Epidiolex), while the rest of them were enhanced versions or better formulations of the already existing classes (Xcopri, Valtoco, Sympazan, and Nayzilam). It is crucial to understand that most of these medications have been approved as adjuvant therapies in combination with already existing AEDs. Medications like Nayzilam, Sympazan, and Valtoco are benzodiazepines, a drug class that has been used to treat epilepsy for decades. These improved formulations are launched in expectation of meeting the current unmet needs – side effects and risk of drug dependence – while becoming the best versions of the already existing classes.

Epilepsy is an umbrella indication encompassing numerous seizure types. Both the current key players as well the emerging players are focusing on the development activity specific to each Epilepsy Indication (Lennox–Gastaut syndrome [LGS], Dravet syndrome, West syndrome, drug resistance epilepsy, developmental and epileptic encephalopathies, CDKL5 deficiency disorder, PCDH-19, and status epilepticus), or epilepsy types based on seizures (acute repetitive seizures, seizure clusters, partial seizures, refractory seizures).  Aquestive Therapeutics is one of the leading specialty pharma players in developing oral films using its novel PharmFilm technology. The company has already received approval for Sympazan, which is the first oral film formulation of clobazam targeting the seizures associated with LGS patients, including children. The company developed this medication after realizing an unmet need of LGS patients having a tough time swallowing pills and suspensions. In addition to Sympazan, in February 2020, FDA accepted Aquestive’s NDA for Libervant, another Buccal Film for managing seizure clusters in refractory epilepsy, and has a much larger target pool when compared to Sympazan.

Cannabidiol Performance and Competition till now? Why is Epidiolex such a hit in the market?

GW Pharma’s Epidiolex (Epidyolex in Europe), the only cannabidiol in the epilepsy market for patients suffering from LGS and Dravet Syndrome, is still being evaluated in West syndrome trials. The drug has already achieved a milestone generating high sales in the United States and Europe recently and has geared up for more achievements in the future. In 2018, the FDA also approved Diacomit combination therapy for Dravet syndrome; however, unlike Epidiolex, Diacomit’s entry seemed lukewarm. So, what makes Epidiolex a success? GW pharma has been quite lucky on this part, as most of the states in the US have loosened up their laws concerning medical marijuana by increasing their access to the medication, making them more attractive for parents of Dravet patients. Therefore, Epidiolex is expected to take the lion’s share in the estimated epilepsy market of USD 2,166 million in 2020, in the US, as per DelveInsight’s forecast analysis. Additionally, Epidiolex has also found its way to Japan’s pharma market, where cannabis has been illegal for decades, by receiving approval for clinical trials last year in 2019.

With the recent approval of Zogenix in July 2020 to treat Dravet syndrome, Fintepla is expected to become a rival to both Epidiolex and Diacomit. However, the premium pricing of Fintepla, along with its availability under the risk evaluation and mitigation strategy (REMS) program, might be a hindrance to its acceptance. Approved for Dravet Syndrome, Fintepla is being evaluated in clinical trials as adjunctive therapy in several other types such as photosensitive epilepsy, Lennox–Gastaut syndrome, and epileptic encephalopathy.

In addition to Epidiolex, Zynerba is evaluating a permeation enhanced cannabidiol transdermal gel for developmental and epileptic encephalopathies (DEEs) in pediatric patients in Phase III clinical trials. The company is quite consistent in its approach and has concluded several meetings with the FDA to discuss the further clinical development of its gel. From the perspective of the potential pool, DEE is an umbrella term for several infants and childhood related epilepsies such as Ohtahara syndrome, Landau–Kleffner syndrome, infantile spasms, Dravet syndrome, LGS, and a few more. Additionally, a unique oral formulation of cannabidiol is being evaluated by Insys therapeutics in the childhood absence of epilepsy and infantile spasms.

UCB Pharma: The star player in the epilepsy market

Another Key player with an immensely robust portfolio in the epilepsy market is UCB pharma. Its already existing medications such as Briviact, Vimpat, and Keppra are doing wonders as monotherapies or adjunctive therapies, and the company has further strengthened its position with the launch of Nayzilam, as the patent of its former three drugs will soon get expired. Nayzilam (midazolam) is a rescue treatment offered in the form of a nasal spray to manage patients with seizure clusters. This spray can be administered anywhere the seizure cluster strikes, therefore providing ease of administration and preventing deterioration of condition before the patient could be taken to the hospital. Following the approval of Nayzilam in December 2019, Neurelis, Inc. announced the commercial availability of its nasal spray, Valtoco (diazepam), in March 2020. Valtoco is expected to provide stiff competition to Nayzilam, considering the nearby launch dates, the same mode of administration, and exactly the same target patient pool of seizure clusters or acute repetitive seizures.

UCB Pharma’s leadership has been underlined with the recent addition of Staccato Alprazolam to its pipeline. The drug is a single-use rescue treatment to rapidly terminate an active epileptic seizure, providing a potential solution in ~20–30% of the total epilepsy pool. The resulting patient pool will be quite large, as Delveinsight estimates 7,303,648 epilepsy patients in the 7 Major Markets in the year 2020. However, the diagnosed pool is slightly lesser than these patients. UCB has added this Phase II investigational drug-device combination after the acquisition of Engage Therapeutics, the originator of this hand-held inhaler, and is having expectations of increasing its patient-centric growth strategy.

Another potential pool that UCB has targeted is highly drug-resistant focal epilepsy or epileptic patients with focal onset seizures. Although the drug failed to meet its primary endpoint in its recent Phase IIb trial, the company is determined to further analyze the data for a better understanding of results.

What about the other ultra-rare epilepsy indications?

DelveInsight has analyzed the unmet need in the ultra-rare epilepsy treatment regimen too, wherein Takeda and Marinus Pharma are market leaders. Takeda/Ovid’s Soticlestat is another potential emerging therapy in the pipeline targeting indications such as Dravet syndrome, LGS, along with ultra-rare epilepsies, including Dup15q syndrome, CDKL5 deficiency disorder, and DEEs. Data from recent ARCADE and ENDYMION study has proved early activity and seizure frequency reduction across multiple rare epilepsies; these positive results have led Takeda/Ovid Therapeutics to push the drug into the final developmental stage. Additionally, Marinus Pharma is excited as its Ganaxolone recently received rare pediatric disease (RPD) designation for the treatment of CDKL5 deficiency disorder (CDD) and is heading its way toward advancing the drug towards its final development stage. One of the noteworthy findings of Takeda and Marinus is that both are also targeting a life-threatening occurrence of continued or intermittent seizures lasting more than 5 min, which is known as Status Epilepticus, an indication with a substantial unmet need.

Considering a vast pipeline and already existing treatments, DelveInsight has estimated the current 2020 market of epilepsy to be 2,769 USD million in the 7MM. Furthermore, DelveInsight has also deeply analyzed the competition among many more emerging therapies (not described above), the impact of all the emerging therapies on the current market, detailed attribute analysis, in-depth market insights, market forecast of 10+ emerging drugs, and Line-wise market coverage of the current treatment along with revenue of major approved medications of epilepsy in its recently updated “Epilepsy – Market Insights Epidemiology and Market Forecast – 2030” report and forecasting model. 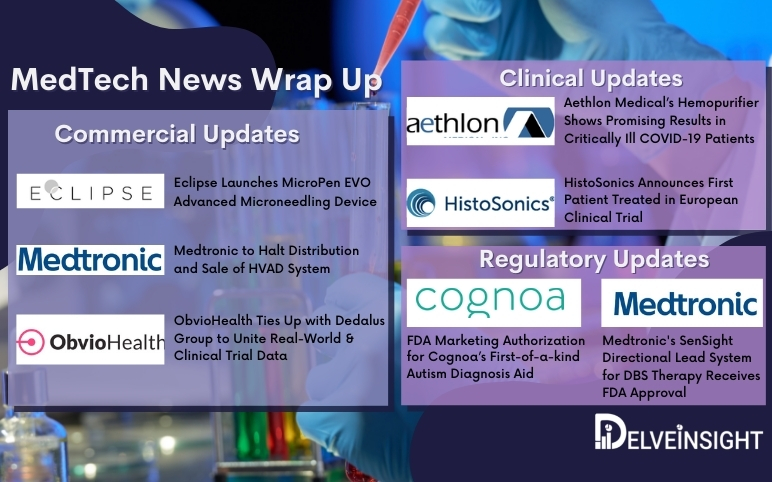 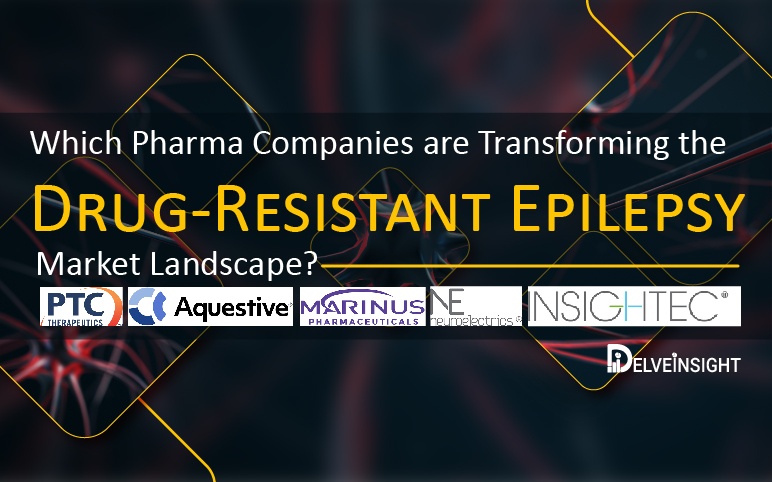 Which Pharma Companies are Transforming th...

Which Pharma Companies are Transforming the Drug-Resistant Epilepsy Market Landscape? In the United States, more than...