Based on the interim data from the Phase III COVID-19 vaccine trial results, the pharma titan, Pfizer, announced that its COVID-19 vaccine is more than 90% effective in preventing coronavirus infection. Tedros Adhanom Ghebreyesus, the World Health Organization (WHO) chief, took to Twitter to address the results as new and encouraging.

The duo said there were no serious safety concerns and expected to file for FDA emergency use authorization this month. If granted, they can start rolling out up to 50 million doses this year, enough to provide for 25 million people, and then produce up to 1.3 billion doses in 2021.

The trial is also investigating the vaccine against the virus in people who have previous exposure to the virus, as well as vaccine prevention against severe COVID-19 infection. The discussions are also ongoing to add new secondary endpoints to test efficacy further.

Sweden-based Calliditas Therapeutics announced the positive top-line results from Part A of the global Phase III trial NefIgArd investigating the potential of Nefecon (budesonide) versus placebo in patients with primary IgA nephropathy (IgAN), the most common primary glomerular disease that can progress to end-stage renal failure (ESRD).

The results demonstrated Nefecon was able to hit its primary endpoint with a statistically significant reduction in urine protein creatinine ratio, UPCR or proteinuria, after nine months of treatment with benefits continued to improve significantly at 12 months. After the announcement, shares of Calliditas were up by more than 51% in premarket trading.

The company intends to seek FDA accelerated approval in the first part of 2021.  If approved, Calliditas plans to commercialize Nefecon for IgAN by itself in the United States and through collaborations in other regions.

ViiV Healthcare committed to developing HIV prevention therapies, announced the results from a companion study HPTN 084, that demonstrated that the long-acting drug, cabotegravir, hit all the primary objective of superiority compared to the current standard of care for women.

At present, the standard of care for women to prevent HIV involves daily oral emtricitabine/tenofovir disoproxil fumarate 200 mg and 300 mg (FTC/TDF) tablets (Gilead Sciences’ Truvada). ViiV’s  Cabotegravir proved to be 89% more effective than the daily FTC/TDF for pre-exposure prophylaxis (PrEP). The interim results were proved to be so promising that an independent data monitoring board favored halt of the blinded phase of the trial and offering the ViiV injectable to the trial’s Truvada recipients.

Biogen has long been in the race to slow down the progression of Alzheimer’s disease with its antibody-drug candidate, aducanumab. The company has also received support from the USFDA as the agency has worked closely with Biogen for the analysis of the trial results.

However, it seems that Biogen’s dream of achieving approval is going to be a dream for now as an independent advisory panel voted almost unanimously against the drug, known as aducanumab. After the downvotes the company’s candidate received, shares of Biogen dropped nearly 30% yesterday morning.

The FDA, although can take decisions without paying heed to the opinions of advisers, it does not seem like it will happen. The agency is expected to decide about the fate of aducanumab by March 2021. If the drug gets approval, it will be the very first entrant in the Alzheimer’s disease market. 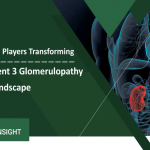 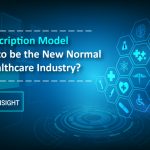 Next Story
Is Subscription Model Going to be the New Normal for Healthcare Industry?