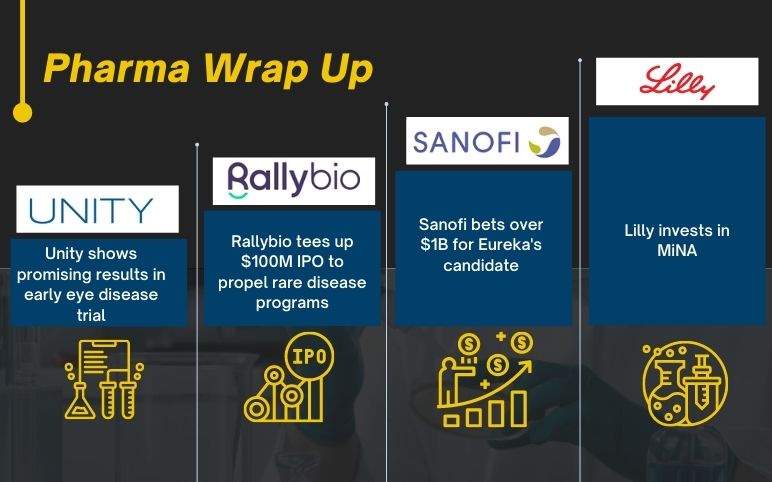 The first patient has been administered in a Phase 2a clinical study to evaluate the safety and efficacy of UBX1325 in a broader population of patients with DME, and data is anticipated in the first half of 2022. Moreover, UNITY is enrolling additional patients with advanced wet AMD in the Phase 1 study to garner other data to support a Phase 2a study in wet AMD. These studies are anticipated to generate data to apprise the efficacy of UBX1325 in a broader range of patient populations, comprising those who are refractory to anti-VEGF treatment.

Rallybio raises USD 100 million in its IPO, which will progress a pair of treatments for a rare fetal bleeding disorder through phase 1 and get programs for complement disorders into the clinic.

This comes after Rallybio established proof of concept for its lead program, RLYB211, in fetal and neonatal alloimmune thrombocytopenia (FNAIT), a rare disease, which causes a mother’s immune system to attack her fetus or newborn child’s platelets, the blood cells involved in clotting. It occurs when the fetus and mother express different proteins on their platelets. When the mother’s and fetus’s blood mixes, the mother’s immune system develops antibodies against the fetus’s platelets. These antibodies can then cross into the fetus, where they attack the fetus’s platelets.

There is no treatment for FNAIT that results in miscarriage, death of the newborn baby, or neurological disability because of bleeding in the fetus’s brain.

RLYB211 is a polyclonal antibody treatment made by purifying antibodies from donated plasma and is designed to clear fetal platelets from the mother’s circulation, halting the immune attack against them. The treatment removed the troublesome platelets in a small group of adult men who received it after being injected with the platelets in early data reported.

The IPO proceeds will support completing the Phase 1/2 trial for RLYB211 and push a second FNAIT candidate, a monoclonal antibody known as RLYB212, into the clinic in the first quarter of 2022, as per Rallybio. The company anticipates bringing the latter through phase 1 and 1b studies with the proceeds.

Sanofi adds to its multiple myeloma treatment toolbox with a novel target that could cost more than USD 1 billion in biobucks.

Eureka found the binding domain utilizing its proprietary antibody discovery platform and was developed under a partnership with MSK.

The FDA in March 2020, approved the pharma’s monoclonal antibody Sarclisa in combination with pomalidomide and dexamethasone for relapsed refractory multiple myeloma who had already had several treatments. Moreover, in March of this year, the FDA approved Sarclisa for another combo pathway.

Now, the pharma is seeing ahead for treating the disease and enhancing its relatively modest cancer pipeline, though it has been slowly building up with external pacts of late.

Eureka CEO and President Cheng Liu, Ph.D., said that targeting GPRC5D can improve the durability of response from current therapies and improve the long-term clinical benefits for patients.

Lilly invests in MiNA to fund trials of protein-upregulating RNA

London-based MiNA is developing saRNAs designed to stimulate the production of target proteins in human cells by recruiting endogenous transcriptional complexes and the production of new mRNAs. This approach has captivated AstraZeneca, Boehringer Ingelheim, and Lily, each recently signed a contract with MiNA.

MiNA currently has a USD15 million investment from Lily. MiNA will utilize this funding to progress the internal pipeline of saRNA therapeutics. It is driven by drugs designed to cut immunosuppression by increasing C / EBP-⍺ master regulators of bone marrow cell differentiation.

MiNA CEO Robert Habib said in a statement that they welcome Lily as a significant shareholder of MiNA. This investment from Lily represents an essential endorsement of their saRNA platform, along with the recently announced multi-target research collaboration.

The investment will take place ten months after MiNA unveiled a £23 Million Series A round. Its early funding, led by aMoon, led MiNA to bring its flagship drug, MTL-CEBPA, in combination with Bayer’s Nexavar for Phase 2 liver cancer trials. MiNA reached the peak of Phase 2 with the help of Sosei, which paid USD35 million in a 26% stake before opposition to the purchase of biotechnology. 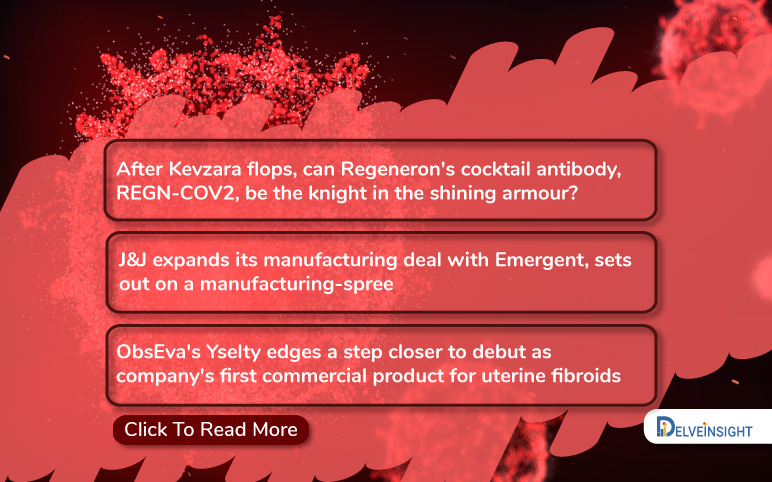