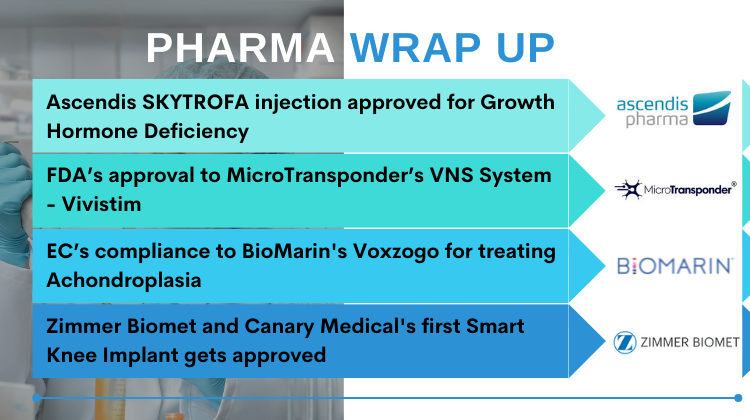 For the treatment of growth failure due to deficiency of growth hormones, the USFDA approved Ascendis Pharma’s Skytrofa (lonapegsomatropin-tcgd) for children of one year and older suffering from an improper secretion of endogenous growth hormone (GH). Growth Hormone Deficiency, commonly known as dwarfism, can constitute short stature and complications with metabolism, which arise due to inadequate production of growth hormones by the pituitary gland inside the body.

The results were based on Phase 3, heiGHt study, where 161 children participated without any prior treatment and compared the results to daily injected Genotropin for around a year. It operates on Ascendis’s TransCon, short for Transient Conjugation Technology. It combines a unique potential to temporarily connect an inert carrier to a parent drug with known biology. So, the TransCon prodrugs can be designed based on the carrier used to meet a specific therapeutic goal. TransCon is widely applicable to proteins, peptides, or small molecules in multiple therapeutic areas.

Blood carries oxygen and nutrients inside the brain, and its interruption due to a stroke leads to the death of brain cells. Usually, the most prevalent stroke found among different types of stroke is – ischemic stroke. Here, the blood vessels connected to the brain become clogged, which obstructs the flow of blood that reaches the brain. Stroke is potentially very dangerous, going from disabilities to paralysis and even death in some cases.

The Vivistim System is a newly developed rehabilitation system used for treating patients who experienced an ischemic stroke to stimulate the vagus nerve electrically, lessen certain deficiencies in upper limb and extremity motor function, and improve patients’ ability to move their arms and hands.

Alongside the implantable components is attached a clinician software preloaded onto a laptop and a wireless transmitter to be used only by a healthcare provider. The software lets the health care manager input required settings in the system, including amplitude, pulse, frequency, etc.

The Vivistim System by MicroTransponder is a prescription device used in clinical and at-home settings to provide vagus nerve stimulation.

A once-daily injection administration of Voxzogo gets European Commission’s approval to treat Achondroplasia in children aged 2 years and above. Achondroplasia is short-limbed dwarfism caused by either a genetic mutation or is hereditary. People with this condition have shorter than regular limbs, i.e., arms and legs, and what usually appears is an enlarged head.

Voxzogo becomes the very first treatment of Achondroplasia in Europe and is expecting FDA approval in the coming November. Achondroplasia is usually diagnosed at birth, so parents who want their kids to initiate the Voxzogo treatment can use the injection on their children from 2 years of age till their puberty which is where the growth plate closes. An estimate indicates around 11,000 children present throughout Europe, Africa, and the Middle East with observed Achondroplasia and are potential candidates for the treatment.

Voxzogo, also called vosoritide, is a type of modified C-type natriuretic peptide (CNP), promoting endochondral bone growth. It is accomplished by targeting the underlying pathophysiology of Achondroplasia by down-regulating fibroblast growth factor receptor 3 (FGFR3) signaling. The result was based on a placebo-controlled, randomized, and double-blind Phase 3 study evaluating the efficacy and safety of Voxzogo, with an enrollment of 121 participants experiencing Achondroplasia. Outcomes were that Voxzogo improved the growth velocity in children from age 5 to 14 years from baseline by almost 1.57 cm.

Zimmer Biomet Holdings and Canary Medical’s Persona IQ system, the first and only “smart” knee implant, receives the USFDA’s De Novo authorization grant for medical novel devices. They now have the free hand to market the tibial extension for the Persona IQ system for a complete knee replacement surgery.

It merges a device build-up from Zimmer Biomet’s Persona line of patient-specific implants that was previously cleared and its intelligence from Canary’s gait-tracking sensor technology. Combining both of their properties becomes a hyper-personalized system that can work according to customized needs of a patient’s anatomy and the presence of Centurion TE sensor, simultaneously gathering data from gait metrics like the range of motion, step count, and walking speed. So these remotely controlled, anatomically accurate implants can be considered a breakthrough technology in orthopedics.

“We are excited to introduce Persona IQ, the world’s first and only smart knee implant, which offers a wealth of objective data to monitor patients’ post-operative progress,” said Bryan Hanson, Chairman, President, and CEO of Zimmer Biomet.

“After almost a decade of development and designation by FDA as a Breakthrough Device, we’re proud that our CANARY canturio™ te technology has enabled Zimmer Biomet to debut the world’s first smart knee implant. Persona IQ reflects our shared belief that automatic, reliable and accurate data collection and analysis represents the future of orthopedic care,” said William L. Hunter, MD, MSC, and CEO of Canary Medical.

A new global study at ESOT-European Society for Organ Transplantation Congress 2021 presented that solid organ transplantations carried out during the first wave of COVID-19 in 2020 decreased by a massive 31% compared to 2019’s data. According to modeling calculations, an estimated 48,000 years of patient life loss was found due to a slowdown in transplants.

The research accumulated data from around 22 countries and revealed significant variations in the response of transplant programs to the COVID-19 pandemic, with transplant activity dropping by more than 90% in some countries.

As the pandemic increased, hospitals delayed potentially life-saving organ transplant surgery due to the unavailability of intensive care beds being utilized for Covid patients and concerns, including whether it was safe to treat transplant recipients in hospitals. Kidney transplants were at the bottom of transplants occurring in almost all the countries during 2020 compared to 2019.

Researchers said that while some countries experienced considerable reductions in transplant numbers, others did not even though brutal hit by Covid, meaning further analysis is required on a regional, national and global level to understand the differences.

Ionis pharmaceuticals recently licensed-out its antisense drug to AstraZeneca in deal total worth up to USD 330 milli... 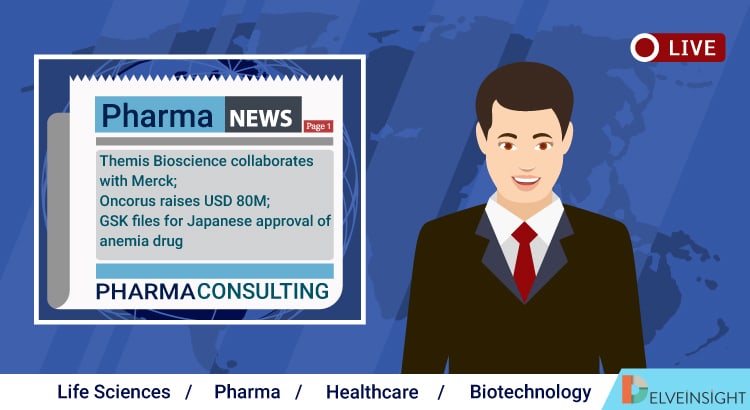