BioXcel Therapeutics has received FDA clearance for its first drug, Igalmi, as a treatment for agitation in persons with Schizophrenia or Bipolar Disorder. Igalmi (dexmedetomidine) is the first drug approved for this application that comes in the form of a tablet that dissolves beneath the tongue, and it is the first novel treatment for agitation in patients with psychosis in nearly a decade. It’s a significant milestone for the Connecticut biotech, but it’s only the beginning of its aspirations for Igalmi, which it hopes to expand into additional settings such as agitation in Alzheimer’s disease and as an add-on therapy for major depressive disorder.

The FDA approval was based on the data of SERENITY trials. In the trial, Igalmi was able to reduce symptoms like excitement, tension, hostility, uncooperativeness, and poor impulse control – as measured by the PANSS Excited Component (PEC) scale – within a couple of hours of dosing, with an improvement over placebo visible in as little as 20 minutes. At the moment, agitation is frequently treated with sedative drugs such as haloperidol or lorazepam, which are administered either by injection if the patient is unwilling or orally if agreeable.

According to current guidelines, the goal of treatment should be to relax rather than sedate, employing behavioural approaches, verbal de-escalation, and drugs taken freely. Agitation is seen in around a quarter of the 7 million individuals in the United States who have Schizophrenia or Bipolar disorder, with approximately 25 million occurrences each year, so the commercial opportunity is significant even before the possibility of expanding its label into other indications.

Galen’s Adasuve (loxapine), a quick onset dry powder inhaler of a standard antipsychotic, is BioXcel’s closest competitor. However, it has a high number of safety concerns, necessitates a risk-management programme, and comes with a black box warning for bronchospasm, necessitating the use of skilled personnel.

Eton Pharmaceuticals, Inc., an innovative pharmaceutical company focused on developing and commercializing treatments for rare diseases, announced that its cysteine hydrochloride abbreviated new drug application (ANDA), a bioequivalent generic of Exela Pharma Sciences’ ElcysTM, has received final FDA approval. Eton was given 180 days of generic exclusivity because it was the first ANDA submitted against the reference product. The 180-day exclusivity period will commence when Eton commercializes the product.

Eton’s partner began manufacturing the pharmaceutical in its current formulation in 2003, long before Exela Pharma Sciences began working on it or filed its application, and as a result, Eton believes Exela’s patents are invalid and should not have been issued by the United States Patent and Trademark Office. Eton is now engaged in paragraph IV lawsuit with Exela about the validity of Exela’s cysteine patents. The trial was held in March 2022, and the corporation expects the judge’s ruling in the third quarter of 2022.

National Institute for Health and Care Excellence (NICE), the health technology appraisal body for England and Wales, in its draft guidance released on 7th April,  has declined to recommend Gilead’s Trodelvy for Triple Negative Breast Cancer (TNBC). NICE has cited that Gilead’s Trodelvy is high priced for use by the National Health Service. The draft guidance is available for public consultation for the next three weeks until 29 April 2022.

Trodelvy has demonstrated its significance in extending the lives of Triple Negative Breast Cancer patients longer than chemotherapy. NICE said it is now upto Gilead to cut Trodelvy’s price. Gilead has expressed its disappointment over the NICE’s decision and stated that Great Britain is the only Project ORBIS country not to provide reimbursement for Trodelvy. However, Gilead said it is looking forward to working with NICE to come to an agreement ahead of a May 10 meeting. Additionally, it will work in the direction to manage the concerns raised around the cost-effectiveness of the drug.

TNBCs are frequently identified as hyperdense masses without associated calcifications. TNBC patients are also more likely to develop a metastatic form of the disease. As per DelveInsight, the total Triple Negative Breast Cancer diagnosed incident cases in the 7MM was found to be 99,300+ in 2017. Similarly, as per the NICE, in England, 2,000 women have TNBC, and 650 of them would be eligible for Trodelvy upon clearance. NICE does recommend the use of Roche’s Tecentriq along with chemotherapy for TNBC.

Alembic Pharmaceuticals has announced that its wholly-owned subsidiary, Aleor Dermaceuticals has received FDA’s Abbreviated New Drug Application (ANDA) for Lidocaine and Prilocaine Cream. Lidocaine and prilocaine are approved as a topical anesthetic for use on normal intact skin for local analgesia and genital mucous membranes for superficial minor surgery. Additionally, the cream is also used as pretreatment for infiltration anesthesia.

The therapies are therapeutically equivalent to the reference listed drug product (RLD) EMLA Cream of Teva Pharmaceutical. The cream is not advised in any clinical cases when penetration or migration exceeds the tympanic membrane into the middle ear is possible because of the ototoxic effects observed in animal studies.

Earlier in March 2022, to strengthen its position in the skin-related manufacturing and marketing segment, Alembic Pharmaceuticals acquired a 100 percent stake in Aleor Dermaceuticals from its joint venture (JV) partner Orbicular Pharmaceutical Technologies. Aleor Dermaceuticals had a strong presence in the skin care segment with a wide range of products including cream, gel, ointment, shampoo, lotion, solutions, sprays, foams, microsponge, and nanoparticulate platform-based products.

Pfizer and ReViral Limited announced today that the companies have entered into a definitive agreement under which Pfizer will acquire ReViral, a private, clinical-stage biopharmaceutical company focused on establishing, developing, and commercializing novel antiviral therapies targeting respiratory syncytial virus (RSV).

Respiratory Syncytial Virus is a respiratory pathogen that can lead to severe lower respiratory tract infections in high-risk populations, including people of different age groups. It is predicted to cause infections in around 64 million people, resulting in about 160,000 deaths globally.

Sisunatovir is one of the promising therapeutic options in ReViral’s portfolio. Sisunatovir is an orally administered inhibitor designed to block the fusion of the respiratory syncytial virus to the host cell. Sisunatovir lowered viral load in healthy adults in a phase 2 RSV human challenge investigation, and it is currently in phase II clinical development in infants. The advancement for sisunatovir is anticipated to continue in adult and pediatric populations. The viral N protein is targeted in a second program to prevent RSV replication, and the prominent candidate in this program is currently under phase I clinical development.

Sisunatovir has been admitted Fast Track designation by the U.S. Food and Drug Administration. In June 2021, ReViral announced the successful completion of Part A of the phase II REVIRAL1 study of sisunatovir to treat respiratory syncytial virus infections in hospitalized infants. REVIRAL1 is a universal three-part adaptive study to evaluate the safety, antiviral effects, tolerability, pharmacokinetics profile, and clinical effect of single & multiple oral doses of sisunatovir in otherwise healthy infants between the ages of 1-36 months hospitalized with respiratory syncytial virus lower respiratory tract infections. Following a thorough review, sisunatovir showed a favorable safety and pharmacokinetics exposure profile to advance to Part B, the double-blind, placebo-controlled stage of the study where patients receive a drug or placebo twice a day for five days.

Under the agreement terms, Pfizer will acquire ReViral for a total consideration of up to $525 million, including upfront and development milestones. If successful, Pfizer believes annual revenue for these programs has the potential to reach or exceed $1.5 billion. The recommended transaction is subject to customary closing conditions, including regulatory approvals.

Telix Pharmaceuticals said Monday that it had licensed exclusive worldwide rights from Eli Lilly to develop and commercialize radiolabeled forms of olaratumab to diagnose and treat soft tissue sarcoma.

Under the agreement terms, Telix will pay Lilly $5 million upfront for intellectual property and access to material for preclinical and early clinical studies in rare cancer. Lilly is eligible for up to $225 million in payments upon achieving development, regulatory, and commercial milestones. The deal also includes an option for Lilly to exclusively license a companion diagnostic developed by Telix for $5 million, with up to $30 million in development milestone payments plus royalties.

Olaratumab received accelerated approval from the U.S. Food and Drug Administration and conditional approval in the E.U. based on Phase II trials showing a one-year survival benefit in patients with soft tissue sarcoma when combined with standard chemotherapy. Lilly voluntarily withdrew olaratumab from the market in 2019 following the failure of a Phase III trial to show a survival benefit.

Behrenbruch also noted that olaratumab had added value because it has already demonstrated clinical safety.

Last year, Melbourne, Australia-based Telix dosed its first patient in a Phase II trial of its radioimmunoconjugate antibody TLX250-CDx (89Zr-DFO-girentuximab) for triple-negative breast cancer. The 12-patient study will provide proof of concept for targeting CA9 with TLX250 for treatment with a future version of that antibody with a linked tumor-killing payload. 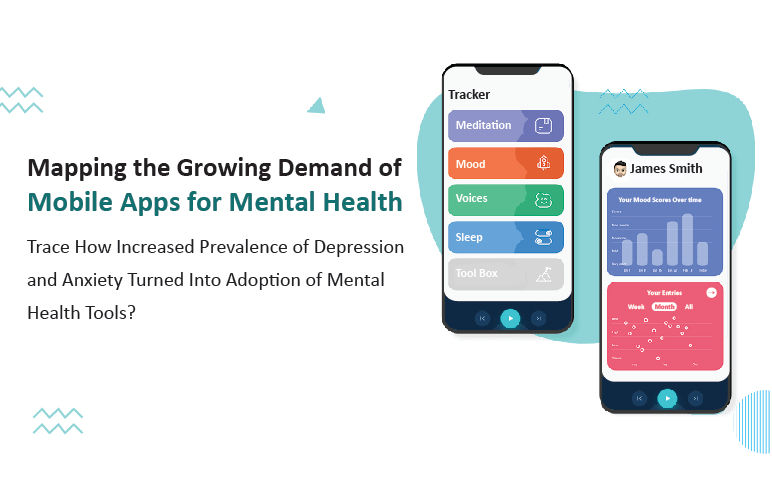