Enhertu, developed by AstraZeneca and Daiichi Sankyo, has been approved by the FDA as the first targeted therapy for HER2-low breast cancer, a new subtype of the disease previously categorized as HER2-negative. It has the potential to be a significant new indication for Enhertu (trastuzumab deruxtecan), a HER2-targeting antibody-drug combination that is fundamental to AstraZeneca and Daiichi Sankyo’s plans for multibillion-dollar sales. According to the FDA, under the existing classification system, between 80 and 85% of the over 290,000 new instances of breast cancer diagnosed in women in 2022 would be classified as HER2-negative.

Around 60% of the HER2-negative population is now HER2-low – roughly 140,000 instances using a back-of-the-envelope calculation – and can now seek Enhertu treatment as an alternative to endocrine therapy or chemotherapy. The approval is based on the DESTINY-Breast04 trial, which was presented at this year’s ASCO meeting and included patients with HER2-low unresectable, metastatic breast cancer who had received multiple lines of previous treatment.

In the 557-patient study, Enhertu reduced the risk of disease progression or death by 50% while improving overall survival by 36% when compared to chemotherapy, resulting in an extra half year of life for patients ranging from 16.8 to 23.4 months. That compelling evidence supported the FDA in deciding to expand Enhertu’s usage into the HER2-low setting four months ahead of schedule and with a broad label.

Enhertu is also licensed as a second and third-line therapy for HER2-positive metastatic breast cancer, as well as second-line therapy for HER2-positive metastatic gastric cancer. According to AstraZeneca, based on the DESTINY-Breast04 results, regulatory applications for Enhertu are currently being reviewed in Europe, Japan, and several other countries.

Bayer has received critical FDA approval to expand the use of its prostate cancer drug Nubeqa as it seeks to reclaim market share from competitor drugs and achieve its goal of developing the drug into a €3 billion (USD 3.1 billion) blockbuster. Nubeqa (darolutamide) has been approved by the US Food and Drug Administration in conjunction with docetaxel chemotherapy for the treatment of metastatic hormone-sensitive prostate cancer (mHSPC), expanding on its previous indication in non-metastatic castration-resistant prostate cancer (nmCRPC). The new indication for the oral androgen receptor inhibitor (ARI) puts it in direct competition with other drugs in the class, most notably Pfizer/Astellas Xtandi (enzalutamide) and Johnson & Johnson’s Erleada (apalutamide).

The recent approval is based on the ARASENS trial, which showed that combining the drug with standard androgen deprivation therapy (ADT) and docetaxel chemotherapy resulted in a statistically significant improvement in overall survival (OS) when compared to ADT plus docetaxel and placebo.

The risk of death was reduced by approximately 33% in the Nubeqa group compared to the placebo group, according to the findings, which were published in the New England Journal of Medicine in February. Approximately 95% of prostate tumors are localized upon diagnosis and treated with surgery or radiotherapy, but they frequently recur. When this occurs, ADT is the first-line pharmacological treatment for hormone-sensitive tumors, with chemotherapy stacked on top if necessary.

Bayer sees Nubeqa as a critical new therapy as it deals with declining sales of its aging blockbuster anticoagulant Xarelto (rivaroxaban), mostly owing to pricing challenges outside of the US market, particularly in China. The manufacturer expects Xarelto to resume growth in the following months, but the drug, like Bayer’s ophthalmology bestseller Eylea (aflibercept), is nearing the end of its patent life.

Bayer stated last week that sales of Nubeqa more than doubled in the second quarter of this year to €105 million. Its lofty peak sales targets of €3 billion will be contingent on subsequent approvals, including for Nubeqa adjuvant (post-surgery) usage in localized prostate cancer with a high risk of recurrence.

Oxford Science Enterprises (OSE) is glad to announce that its life sciences portfolio company MiroBio is about to be acquired by Gilead Sciences for around $405 million in cash, subject to the customary adjustments.

MiroBio was spun out of the University of Oxford in the year 2019 to develop a new class of immune checkpoint agonists, to treat autoimmune diseases by restoring balance to the immune system.

OSE has supported MiroBio since its inception, providing strategic and operational support and funding. Oxford science enterprises co-led MiroBio’s £27 million Series A investment with Samsara BioCapital in 2019, bringing in several other top-tier global life science investors. The company also participated in the MiroBio’s recent £80 million Series B round, led by Medicxi, further strengthening its global investor base.

After being acquired by Gilead, MiroBio will continue its operation in Oxford, United Kingdom. The closing of the transaction is subject to the expiration/termination of the waiting period under the Hart-Scott-Rodino Antitrust Improvements Act and other customary conditions.

AstraZeneca and MSD’s Lynparza has been approved in the European Union as monotherapy or in combination with endocrine therapy for the adjuvant treatment of adult patients suffering with germline BRCA1/2 mutations, who have human epidermal growth factor receptor 2 negative high-risk early breast cancer previously treated with neo-adjuvant/adjuvant chemotherapy.

This approval by the EU was based on results from the OlympiA Phase 3 trial published in The New England Journal of Medicine in June’21 and followed the recommendation for approval in the European Union by the Committee for Medicinal Products for Human Use of Lynparza in this setting. In the trial, Lynparza showed significant improvement in invasive disease-free survival, reducing the risk of invasive breast cancer recurrences, new cancers, or death by 42% versus placebo.

Lynparza showed a significant improvement in the overall survival, reducing the chances of death by 32% versus placebo. The tolerability and safety profile of Lynparza in this trial was in line as compared to those observed in the prior clinical trials.

In March 2022, Lynparza was approved in the United States for treating gBRCAm, HER2-negative high-risk early breast cancer. Lynparza is also supported in the United States, European Union, Japan, and many other countries for treating patients suffering with gBRCAm, HER2-negative, metastatic breast cancer previously treated with chemotherapy based on results from the OlympiAD Phase III trial. This indication also includes patients with locally advanced breast cancer in the EU.

Pfizer Inc. and Global Blood Therapeutics (GBT) have announced that they have entered into a definitive agreement under which Pfizer will acquire GBT. As per the agreement, Pfizer will acquire all the outstanding shares of GBT for $68.50 per share in cash, for a total enterprise value of approximately $5.4 billion, including debt and net of cash acquired. In a unanimous decision, the transaction is approved by the Board of Directors of both companies.

The acquisition is expected to improve Pfizer’s dominance in the rare hematology drug development market. In the long run, the agreement will boost Pfizer’s commitment to SCD treatment by bringing expertise and a leading portfolio and pipeline with the potential to address hematological disorders.

Global Blood Therapeutics has a strong presence in the sickle cell disease therapeutics market. GBT developed Oxbryta® (voxelotor) tablets, a first-in-class medicine that directly targets the root cause of sickle cell disease. In November 2019, the therapy was approved in the United States, and further, some countries such as the European Union, United Arab Emirates, Oman, and Great Britain have also approved Oxbryta® in their respective geographies. In 2021, Oxbryta generated approximately $195 million in net sales. Furthermore, GBT is developing GBT021601 (GBT601), an oral, once-daily, next-generation sickle hemoglobin (HbS) polymerization inhibitor in the Phase 2 portion of a Phase 2/3 clinical study.

In the latest financial updates in the healthcare industry, Sironax, an emerging biotechnology company, has announced the completion of a $200 million Series B financing. Sironax is dedicated to the discovery and global development of novel treatments for patients with age-related degenerative diseases. The company is currently working on multiple programs focusing on key mechanisms underlying age-related degenerative diseases, including regulated cell death, neuroprotective pathways, and neuroinflammation.

Gaorong Capital and Yunfeng Capital led the round, with participation from existing investors, including Temasek, Invus, F-Prime Capital, Eight Roads, ARCH Venture Partners, K2 Venture Partners, and other lead investors from previous financings. With the closing of this round, Sironax has so far raised over $300 million to date. Sironax intends to use the Series B proceeds to support the clinical development of its receptor-interacting serine/threonine-protein kinase 1 (RIPK1) inhibitors and expand its pipeline of drug candidates in other classes.

Sironax was founded in 2017 and currently has a diverse pipeline of multiple programs. As per the latest updates, one of the lead RIPK1 drugs of Sironax, SIR0365, has completed two phases 1b studies, including one looking at its potential as a treatment for severe hyperinflammation associated with COVID-19 infections, while follow-up candidate SIR2446 is in a phase 1a study in healthy volunteers.

Evaluating the Growing Role of Devices in ...

Hearing loss is a growing public health concern, and the number of cases is rising globally at a significant pace.&he... 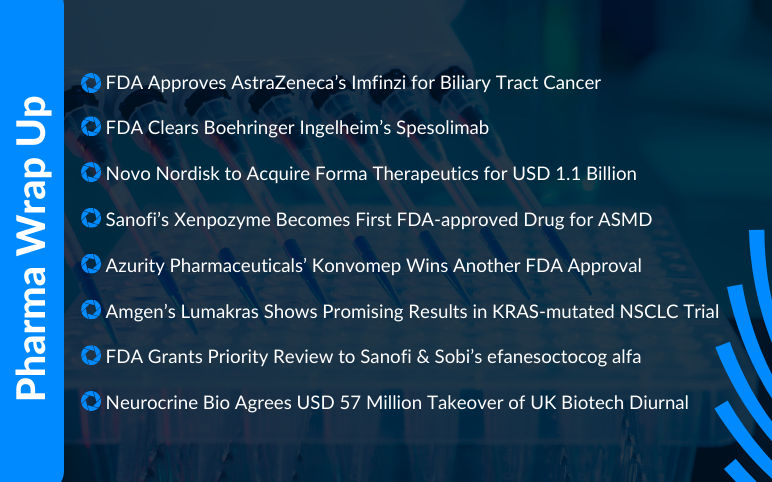