PD-1 and PD-L1 Inhibitors: Will They Dominate Over Conventional Cancer Therapies?

The development of tumor therapy in cancer immunotherapy has been aided by programmed death receptor-1 and programmed death protein ligand inhibitors. Since its discovery in 1990, the programmed cell death protein 1 receptor (PD-1) receptor has been known to negatively regulate T-cell mediated immune response via its interaction with the PDL1 ligand. Activation of PD1/PDL1 signaling has been suggested as a mechanism for tumors to invade an antigen-specific T-cell immunologic response in preclinical studies.

PDL-1 and PDL-2 (B7 family) are binding ligands for PD-1, a member of the CD28 family, and are expressed on T-cells, B-cells, macrophages, and dendritic cells. T-cell activity is inhibited, T-cell tolerance is induced, proliferation is suppressed, and the immune response to T-cells is reduced when either ligand binds.

The combination of PD-1 and PDL-1 acts as an immune “brake,” inhibiting T-cell activity and preventing immune cells from killing cancer cells. There are several FDA-approved PD-1/PD-L1 inhibitor drugs for the treatment of various types of tumors. Pembrolizumab, Nivolumab, Atezolizumab, Durvalumab, and Avelumab are some of the most commonly used PD-1/PDl-1 inhibitors in clinical trials.

Compared to cancer therapies, the advantage of immunotherapy is the functionality of the immune system; the specificity of the set immunotherapy to a specific tumor. PD-1 inhibitor monotherapies are known to be associated with higher survival rates than other immune checkpoint inhibitor monotherapies, such as ipilimumab (anti-CTLA-4 monoclonal antibody) and BRAF/MEK inhibitors. Furthermore, the PD-1 inhibitor pembrolizumab is now regarded as a new frontline therapy and standard of care.

Various studies have shown that the toxicity associated with PD-1 blocking agents is less than that associated with other immunotherapies. Because it is non-invasive and natural, PD-1/L1 blockade is safer than other monotherapy approaches, such as chemotherapy, surgery, and radiation. Moreover, as checkpoint immunotherapy is highly specific to target cells, it has fewer dangerous side effects. A PD-1 blockade is effective against a wide range of cancers and has a longer duration of action because it activates an anti-tumor immune system that can target mutated proteins.

PD-1 inhibitors are associated with higher rates of disease occurrence when compared to CTLA-4 inhibitors. Checkpoint inhibitor-treated patients eventually develop progressive disease. When treated with checkpoint inhibitors, 18% of them can develop oligoprogression. On the other hand, patients receiving local therapy frequently experience long-term progression-free survival. As a result, it is critical to identify disease recurrence predictors that are significant in identifying patients who may not benefit from immune checkpoint inhibitors.

The most notable disadvantage of this oncotherapy is the occurrence of immune-related side effects. With repeated doses of anti-PD-1/PDL-1 antibodies, more fatal hypersensitive reactions occur. They have the potential to cause a variety of immune-related side effects in organs such as the pancreas, skin, liver, renal system, and gastrointestinal tract.

Furthermore, pneumonitis associated with PD-1 blockade is a significant adverse event seen primarily in patients with non-small cell lung cancer. Meningoradiculitis, polyradiculitis, cardiac arrhythmia, asystole, and paresis have also been reported as side effects. Pembrolizumab has been linked to a number of side effects in patients, including heart failure and myocarditis.

Although PDL-1 is a validated and important predictive biomarker, it is insufficient and specific to determine which patients should be given anti-PD-1/PDL-1 antibodies. It has been proposed that a tumor expressing the highest level of PDL-1/2 is the most responsive to therapy; however, this has yet to be approved. Similarly, regardless of tumor type, MSI and dMMR have been proposed as prognostic biomarkers of response to PD-1/PDL-1 inhibitors. These phenotypes are also insufficient to fully predict drug response because they are frequently observed in many cancers and thus lack specificity.

According to the current research, tumors with high PDL-1 expression and TMI, MSI, or dMMR have a higher response rate to PD-1 blockade. As a result, PDL-1 predictive value alone as a biomarker is currently insufficient to understand the depth of the tumor’s landscape. It suggests further research to identify other markers, such as TIL, TMB, IFN- genetic and epigenetic variation, circulating biomarkers, and gut microbiota.

PD-1 blockade monotherapies are generally more expensive than other immunotherapy regimens and conventional cancer therapies. The main risk factor for developing cancer is advanced age, which is primarily due to a decline in immune cell generation. As a result, it is assumed that there are a large number of elderly cancer patients.

Although PD-1 signaling blockade has been shown to significantly improve anti-tumor response, produce a long-lasting clinical response, and prolong survival in some cases, approximately 30%-60% of patients do not respond to PD-1/PD-L1 blockade. Several immune checkpoint blockade resistance mechanisms have been investigated, including defects in class I antigen presentation, the Wnt/-catenin pathway, and interferon signaling defects. The inhibition of PD-1/PDL-1 can increase anti-tumor T-cell reactivity and promote immune control over cancerous cells.

PD-1 and PDL-1 Inhibitors in Development

Six more immune checkpoint inhibitors have been approved for cancer therapy since the approval in 2011. Moreover, the number of clinical trials involving PD-1/PD-L1-targeting agents is rapidly increasing, with the majority of these trials involving at least one US FDA-approved agent. The majority of the PD-1/PDL-1 agents in the trial are monoclonal antibodies, vaccines, small molecules, fusion proteins, peptides, proteins, RNAi, and cell therapy, indicating a robust pipeline. The proportion of PD-1/PD-L1-blocking drug trials that are monotherapy is steadily decreasing, while the number of combination studies is increasing. Several trials are underway to evaluate PD-1/PD-L1 immunotherapies in combination with other immunotherapies, targeted therapy, chemotherapies, and radiation therapy.

Tislelizumab (BGB-A317) is a humanized IgG4 anti-PD-1 monoclonal antibody designed to reduce binding to FcR on macrophages. Binding to FcR on macrophages has been shown in pre-clinical studies to reduce the anti-tumor activity of PD-1 antibodies by activating antibody-dependent macrophage-mediated killing of T effector cells. Tislelizumab is the first drug candidate developed from BeiGene’s immuno-oncology biologic program, and it has the potential to be an important component of our immuno-oncology combination platform. Tislelizumab is being developed as a monotherapy and in combination with other therapies to treat a wide range of solid tumors and hematologic cancers.

Envafolimab, developed by Tracon Pharmaceuticals Inc., is a novel, single-domain PD-L1 antibody that is given subcutaneously without using an adjuvant. Envafolimab is currently being dosed in the ENVASARC pivotal Phase II trial in the United States, which is being sponsored by TRACON and has been approved for priority review by the Chinese National Medical Products Administration for the treatment of MSI-H cancer patients. Envafolimab is also being studied in a Phase III registration trial in biliary tract cancer in combination with gemcitabine and oxaliplatin.

What’s Trending in the PD-1 and PDL-1 Inhibitors Market?

The development of PD-1/PD-L1 inhibitors has become an exciting and expanding field of study. The PD-1/PDL-1 pathway is well-known for promoting cancer development and progression by negatively regulating T-cell-mediated responses. The use of PD-1/PDL-1 blockade therapy in solid and hematologic cancers has shown promising anti-tumor effects. However, it has been demonstrated that 30%-60% of patients develop resistance to PD-1/PDL-1 therapy. As a result, a thorough understanding of resistance mechanisms and the factors required to overcome them is critical for improving clinical outcomes.

Currently, six PD-1 or PDL-1 directed mAbs in clinical use, with anti-tumor efficacy in over twenty cancer types. However, they have drawbacks, primarily due to the poor pharmacokinetic properties of mAbs. Furthermore, there are challenges in targeting the flat binding site of the protein-protein interaction between PD-1/PDL-1. Still, small molecule PD-1/PDL-1 inhibitors have shown much promise in this research area. When considering the broad range of potential combined therapies, a better understanding of the cellular and molecular mechanisms of resistance and synergies will aid in rational design. When taken as a whole, the future landscape of combination strategies is very promising.

Despite the success in multiple types of cancer, it is estimated that the majority of patients will respond positively to PD-1/PDL-1 blockade, and primary resistance eventually leads to progression in patients with clinical responses. As a result, the limitation in clinical response reduces efficacy and limits its future application. There is currently a need to improve the efficacy of PD-1/PDL-1 blockade by discovering novel, predictive, prognostic, and diagnostic biomarkers to make immunotherapy a more targeted treatment with better clinical outcomes and fewer side effects. 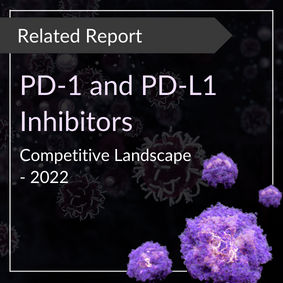 How is Nanomedicine Transforming the Dynamics of the Healthcare Industry?