International Centre for Genetic Engineering and Biotechnology (ICGEB) and Sun Pharma Ltd. announced their new collaboration for development of a dengue vaccine, targeted against all the four serotypes of Dengue virus that cause disease in humans. ICGEB has developed a tailored recombinant virus-like-particle (VLP) based tetravalent dengue vaccine, containing host-receptor binding domain of envelope protein of all the four DENV serotypes. ICGEB has conducted pre-clinical studies over the past seven years and developed the existing Know-How and Patents for this dengue vaccine candidate.

Daiichi Sankyo announced that it has entered into a strategic collaboration with AgonOx, Inc., a privately held biotechnology company developing a pipeline of novel immunotherapy drugs targeting key regulators of the immune response to cancer, to develop an undisclosed immuno-oncology target. Daiichi Sankyo and AgonOx will collaborate on preclinical development of the program. Following preclinical assessment, Daiichi Sankyo has an exclusive option to research, develop, manufacture and commercialize the program worldwide

Catalent Pharma Solutions announced that it is to provide fill-finish production services for the commercial supply of SB4, a biosimilar referencing Enbrel® (etanercept), on behalf of the Korea-based biopharmaceutical company Samsung Bioepis Co., Ltd. The services will be provided at Catalent’s flagship sterile pre-filled syringe facility in Brussels, Belgium. SB4 is the first etanercept biosimilar to receive regulatory approval by the European Commission (EC), as Benepali.

Celltrion Healthcare and Teva enters into exclusive business collaboration agreement for Truxima™ and Herzuma™ in the U.S. and Canada

Celltrion’s commercial partner for its second and third biosimilars for the North America market has been determined. Celltrion announced that it has selected Teva Pharmaceuticals, as its exclusive commercial partner for Truxima and Herzuma in the US and Canada. Celltrion has applied for marketing authorization from the EMA last October. Mabthera (also known as Rituxan), the reference product to Truxima, was developed by Biogen and marketed by Roche.  Herzuma is a biosimilar to Herceptin, a breast cancer treatment antibody biologic drug developed by Genentech and marketed by Roche. 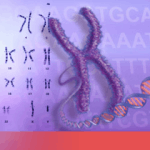 Previous Story
Do we need to revise human genetics?
→ 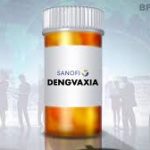 Next Story
Dengvaxia: Boon for Dengue 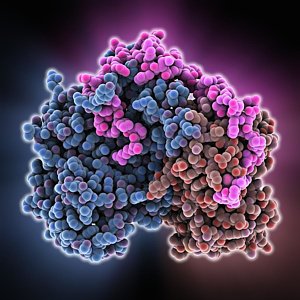 Cluster of differentiation 40 or CD40 is a co-stimulatory protein found on the antigen presenting cells of the immune system. Agonistic...