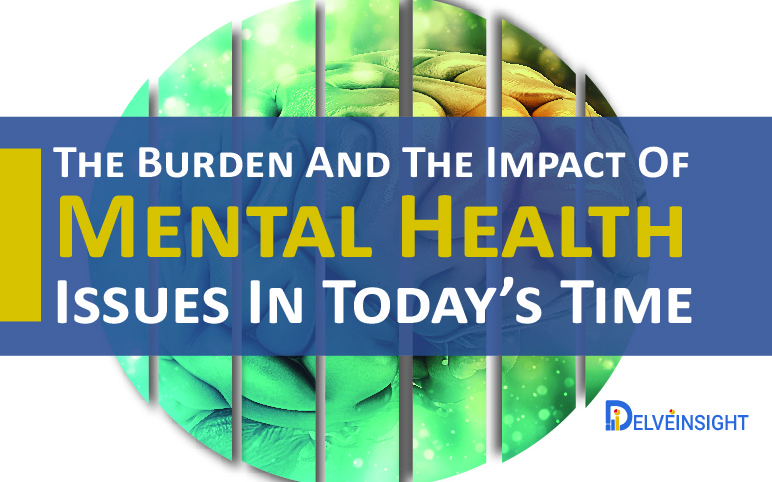 Mental health today is a global burden causing a significant number of deaths. It is rapidly increasing and contributing to ill health in both developed and developing countries.  According to Jürgen Rehm et al., “mental and addictive disorders affected more than 1 billion people globally in 2016. They caused 7% of all global burden of disease as measured in Disability Adjusted Life Years (DALYs) and 19% of all years lived with disability”.

What is mental illness?

What are the risk factors for mental health conditions?

Individual factors – The lifestyle has a direct relation with mental health conditions. The sedentary lifestyle, prevailing medical illness, dependence on substances such as alcohol, cigarettes, and other addictive substances (opioids) increase the risks of depression and anxiety. Similarly, the low self-esteem, obesity,  sexual orientation, cognitive immaturity and difficulties in communicating or interacting with others can also affect mental health.

Family Factors – Family factors such as conflict, abuse, lack of family support, violence at home, loss of a partner (widowhood), out-of-home care, and the perinatal period contribute to the ill mental health. The family factors such as violence, abuse, and conflicts at home can profoundly impact the young ones.

Similarly, it has been observed that the mothers and children are the most vulnerable and affected group due to the warlike environment in the country.

Work and school environment – The working conditions and mental health are directly correlated. The work stress, working conditions, work-life balance, and other factors contribute to the mental health problems if they remain unaddressed. Similarly, difficulties in studies, low performance, or failure at school may also contribute to the young one’s mental health. The mental disturbance at work and school dramatically affects productivity.

Economic Factors – Mental health problems due to economic factors are more prevalent in the working-age group. Unemployed people are most prone to the mental health disorder. Similarly, huge debt/loan, low income, job insecurity, and impact and fear of the economic crisis (like in the case of Covid-19) on the job also contribute to mental health.

What are the signs and symptoms of mental health, and how is it diagnosed?

Apart from these, the person might also have hyperactive behaviour, illogical thinking, aggression, confusion, delusions, nervousness and negative thoughts to harm himself and others. Mental health leads to many health complications and difficulties in personal and professional life. Mental health may lead to a change in weight, increase the risk for heart disease, addiction to a specific substance, reduced  ability of the immune system, and may induce self-harm. At the professional level, it might affect relationships with others at home and the workplace.

There is no medical test to diagnose the mental health of a person. However, the Diagnostic and Statistical Manual of Mental Disorders (DSM) is the most common method used by healthcare professionals in the US and the countries around the world to diagnose mental disorders. DSM is based on specific criteria to identify the symptoms of mental illness in a person.

What are the most common mental diseases and their treatment options?

Mental disease encompasses a large number of illnesses. Based on the severity and prevalence, some of the most common mental disorders are –

Depression –  Depression is one of the most common mental disorders in the world. As per the GBD 2017, Disease and Injury Incidence and Prevalence by Spencer L James et al., an estimated 264 million people worldwide are affected by depression. It found that more women are affected by it than men. The depression leads to mood change and certain physical and behavioural changes in the individual. Certain Antidepressants are available in the market to treat Depression.

Schizophrenia – According to the World Health Organization, Schizophrenia is a chronic and severe mental disorder affecting 20 million people worldwide. People affected with Schizophrenia are 2-3 times more likely to die early than the general population. Similarly, it is found to be more common among males than females.

There is no cure for Schizophrenia; however, numerous approved drugs are available in the market for initial and maintenance therapy, with the goal of controlling symptoms. Apart from the marketed therapies companies such as GW Pharmaceuticals, Avanir Pharmaceuticals, Minerva Neurosciences, Karuna Therapeutics, and many others are involved in developing therapies for Schizophrenia.

Generalised Anxiety Disorder (GAD) – The GAD is a long-term condition that leads to constant worry, restlessness, anxiety and other panics in the affected individual. Females are more frequently diagnosed with GAD compared to males.  As per the analysis presented by Delveinsight for the seven major markets of the world (i.e the USA, the UK, Germany, Italy, France, Spain and Japan), the total 12-Month prevalent cases of GAD were 16,606,987 in 2017, based on DSM-V criteria. To address GAD, companies such as BioHaven Pharmaceuticals, Bionomics, Fabre-Kramer Pharmaceuticals, Sage Therapeutics, VistaGen Therapeutics, Forest Laboratories and Allergan are exploring different treatment options.

Obsessive-compulsive Disorder (OCD) – According to the NIMH, Obsessive-compulsive Disorder currently affects approximately 1 in 40 adults and 1 in 100 children in the U.S. Similarly as per the World Health Organization’s ‘Depression and other common mental disorders’ report (2017), OCD was included in the ‘anxiety disorders’ category. Biohaven Pharmaceuticals is one of the leading companies working towards the development of therapies to tackle OCD.

Substance Use Disorder, Panic Disorder, Eating Disorders, Post-traumatic Stress Disorder, Personality Disorders, Mood Disorders, Social Anxiety Disorder, and some specific phobias are some of the other common mental disorders prevalent in the world.

The social stigma associated with mental disease, limited knowledge about the treatment option and lack of family support are crucial factors that affect the mental health outcome. Over the past few years, significant progress has been made in the diagnosing and treating mental health disorders. The treatment option varies according to the types of condition, its severity and also person to person. Apart from the pharmacological treatments, counselling (psychotherapy), education, social support groups play a vital role in managing mental disorders. In some cases, hospitalisation, admission to the mental health centres, or a need for a private physician may be required. In addition to all these, some complementary and alternative therapies can also be beneficial.

However, identifying the early warning signs and symptoms, getting medical attention at the due time, and taking care of mental health by incorporating a healthy lifestyle such as regular sleep, healthy food intake, and regular physical activity can significantly reduce the mental health problem. Similarly, addressing the critical socio-economic issues such as nutrition, housing, education, employment, and regular evaluation and monitoring can reduce these diseases’ burden. 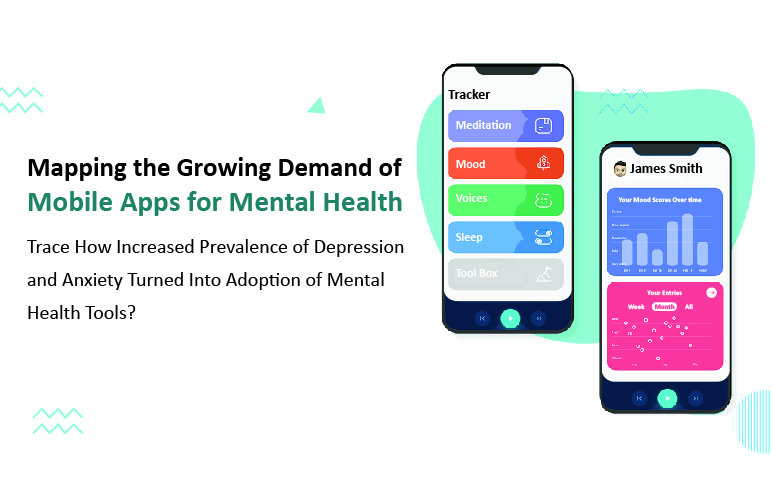 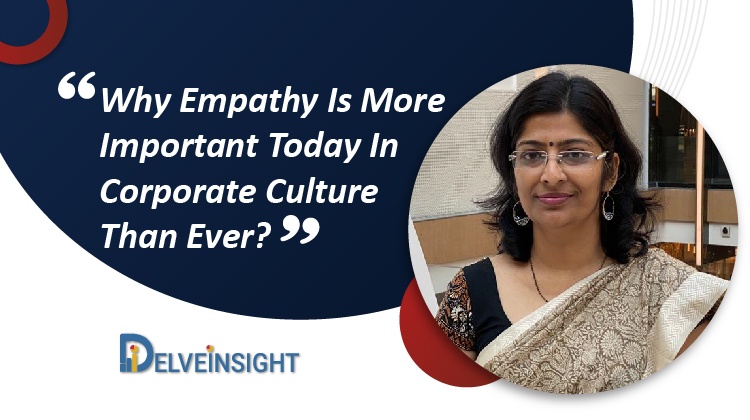 Why Empathy Is More Important Today In Cor...

It is all about finding echoes of others within us! Holler folks! Welcome to Let's Hear It. Today, we bring… 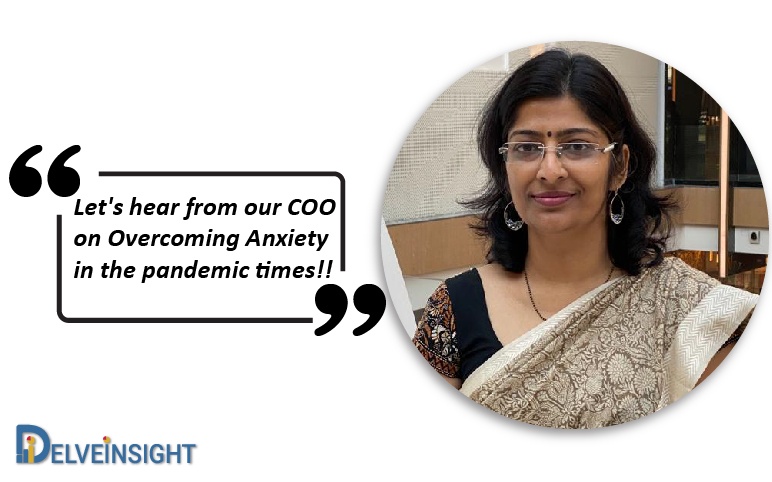 Overcoming Anxiety in the pandemic times!! The past year has been a tough journey for all of us. It has…