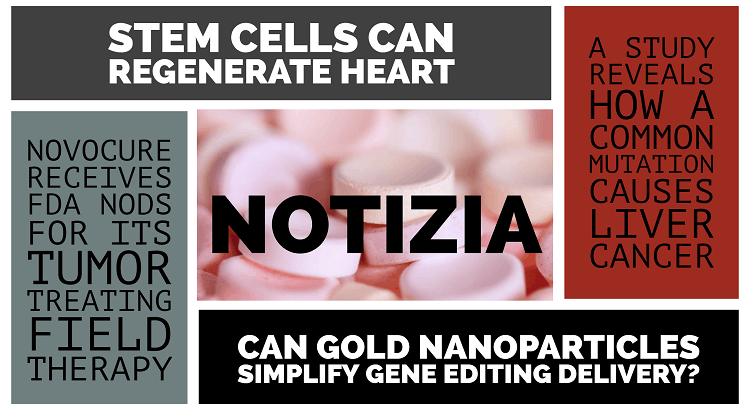 Researchers at the Icahn School of Medicine, U.S.A in their recent study revealed that stem cells extracted from placenta also known as Cdx2 cells might be able to regenerate heart cells after the heart attack. From the beginning, it has been thought that Cdx2 cells could only generate placental cord at early embryonic stages. Additionally, these cells have an extra set of proteins that make them directly travel to the injury site, and regenerate into the specific organ without being attacked by the host immune system. These properties exhibited by the stem cells can help humans immensely.

The U.S. FDA recently gave a green signal to Novocure’s tumour treating electric field system NovoTTF-100L in combination with pemetrexed plus platinum-based chemotherapy for the treatment of unresectable, locally advanced or metastatic, malignant pleural mesothelioma (MPM). MPM is a rare form of cancer that has been strongly linked to asbestos exposure. And this approval will benefit approximately 3,000 people that are diagnosed with MPM in the United States annually.

A study reveals how a common mutation causes Liver cancer

In a recent study, Researchers at Hubrecht Institute and Radboud University in the Netherlands developed a human model using organoids to evaluate the function of specific genes which are commonly mutated in the cancerous liver. Organoids were developed from a healthy human liver and modified using CRISPR/ cas9 gene editing tool solely aimed to study the tumor formation. The study identifies how a gene BAP1 changes the way healthy cells behave accelerating their ability to multiply and metastasise.

Scientists at Fred Hutchinson Cancer Research Center, U.S. found a new delivery truck in the form of gold nanoparticles instead of the earlier used virus that can help couriering gene editing instructions. This is a new approach to simplify gene editing to order to target lethal diseases like HIV and sickle-cell anaemia. The surface of the gold particles allows genes to stick to them easily and stay adhered. This is a step forward to target problems associated with shipping gene editing instructions. This way, gene editing will surely be smoother and simpler.