Team of scientists who created controversial blockbuster last year claim that they have fixed a disease-causing mutation in human embryos using gene editing technique CRISPR. Team has released fresh evidence supporting their work. Critics argued that the evidence provided by the researchers was not persuasive and that the accomplishment did not seem biologically credible. All the debates intensified the existing controversy revolving around the use of gene editing in human embryos for disease prevention. Now, a year after publishing the initial results of the study led by reproductive biologist Shoukhrat Mitalipov, more data has been published to support the results of the initial study.
Even after the publication of second set of data, it is likely that questions about whether it is possible to repair mutations in human embryos will remain until more researchers find more evidence to support the claim. 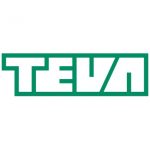